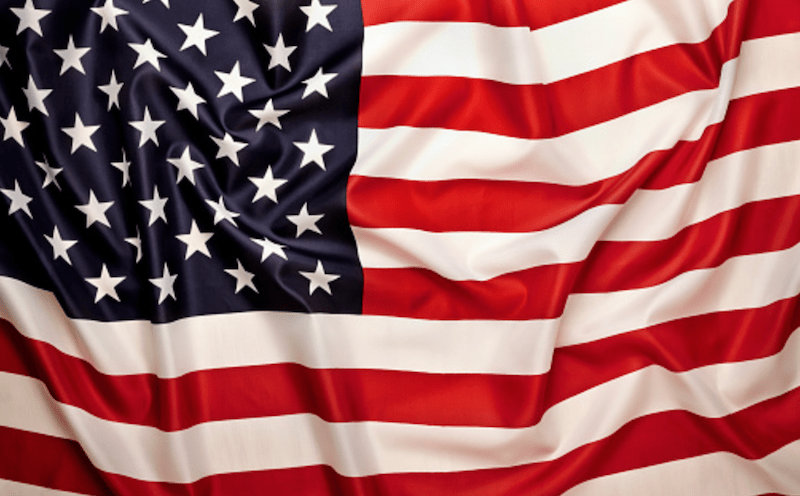 In his response to the white supremacist terror attack in Charlottesville, VA, President Trump attempted a note of patriotic unification:

In these divided times, such a statement is too simple–dangerously so.

Many Americans would like to love their country but cannot, because they are subjected to suspicion and scrutiny from their government and fellow citizens.

Others are routinely harassed—if not murdered—in the streets by the very police force charged with protecting them.

Others are prevented from coming home or separated from their loved ones by discriminatory immigration policies.

Still others have been told they are not wanted in the military, no matter how much they desire to serve the country they so badly want to love.

Moreover, many of us do not believe in any god—or if we do, it is not the Christian one.

Many of us are more likely to burn the flag than pledge allegiance to it.

Many of us are certainly not proud of our country when it endorses white supremacy, bullies its allies and plays with the apocalyptic cherry bombs of nuclear war.

And then there’s that last bit of Mr. Trump’s statement. I have to wonder: who, really, are we?

Many of Mr. Trump’s supporters will tell you that those people are only a few bad apples. A few radicals on the fringe. People who get a lot of press but don’t or shouldn’t actually have much effect. People, in other words, who shouldn’t be factored into the political calculus of this country.

The problem, however, is that the rioters in Charlottesville, and others like them, are very much a part of this nation, its history and its politics. They are especially a part of Mr. Trump’s peculiar brand of racialized, vague and irresponsible populism.

This summer I attended SMU-in-Taos, where I made many new friends. One of them, Mauricio Medina Mora, posted a picture of our group on Facebook before we went out for the evening. His caption:

“This picture, my dear friends, represents the United States at its finest. Immigrants from all over the world and of course our awesome American friend. Peru, US, Syria, Saudi Arabia, and Mexico.”

Five new friends from five different countries. Two Spanish-speakers, two Arab Muslims, one white bisexual. One U.S. citizen and four U.S. residents. All of us with bright hopes for our futures and an intense trust in each other and our country.

This is the America I choose to celebrate, and the only America I will ever believe in. It’s an America that actually reflects the “true affection” among citizens that Mr. Trump paid lip service to in his post-Charlottesville remarks.

The truth is, this affection shouldn’t need attention called to it at all. It doesn’t take a special act of will or restraint or love for me to trust and embrace my new Muslim friends.

I don’t think it took anything special for them to embrace and trust me—even though, on account of my sexuality (and my atheism), many people wouldn’t have.

It doesn’t take an act of moral courage to refuse to label my Mexican friend as a criminal, or a rapist—or to welcome my Peruvian friend as if he had grown up down the street from me.

Loving our fellow Americans and treating them as our equals should not be hard.

Many people like to talk about how the American experiment is so distinct and “great” because we are a melting pot, because we are more diverse than any other country on this planet.

This is true enough, but what my friends and I discovered, as we got to know each other, is that diversity isn’t extraordinary—it’s easier and more natural, in fact, than isolationism, racial supremacy and nationalism of all sorts.

In a world that exploits difference as an excuse for violence and diversity as a reason to hate, we found that in the ways that matter most, we’re actually not different at all.