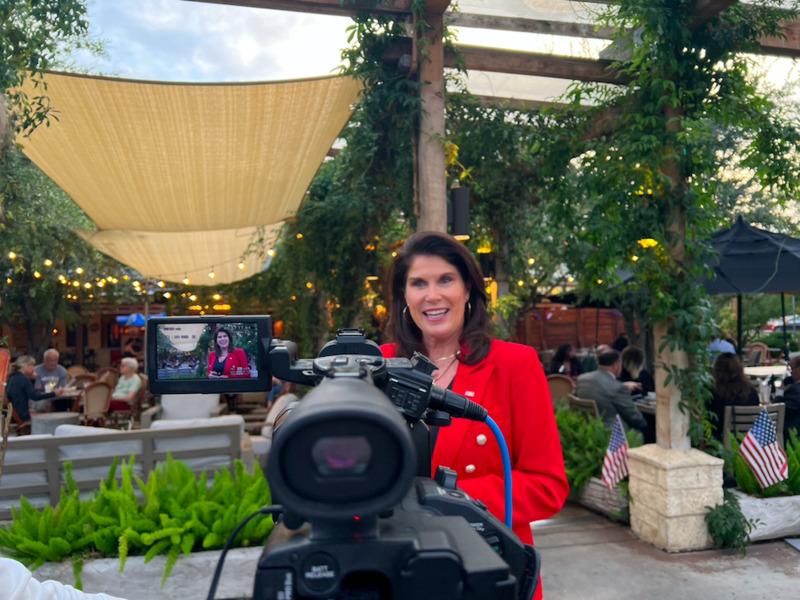 There was an anticipated celebratory feeling at the Dallas County Republican Watch Party Tuesday night at Smokey Rose on Garland Road.

The restaurant was almost entirely decorated in red as attendees came dressed for a victory, and the crowds gathered around the bar’s TVs, watching the live coverage provided by Fox News.

Dallas County Chairwoman Jennifer Stoddard-Hadju was grateful for the strong support she felt from the Republican Party voter community.

“We are excited to see how this election plays out; we are all hopeful for a successful night,” said Stoddard-Hadju. “It’s great to be surrounded by like-minded people with similar values.”

For Paul Davis, the night’s event was a great way to celebrate months of hard work. The Collin County native has been aiding Republican Texas Railroad Coordinator candidate Sarah Stonger’s campaign efforts for the past several months as a member of her campaign team.

“Tonight is a bit funny, it reminds me of being in school, and you’re about to get a huge grade back,” Davis said. “So, with all the nerves in the air, this watch party is certainly a welcomed distraction.”

Some fellow restaurant patrons who were not a part of the Dallas County Republicans group were confused by the night’s events.

Dallas resident and small-business owner Dubb Smith came to see his brother-in-law play guitar as part of the restaurant’s weekly tradition of live music on Tuesday evenings. Smith was unaware that the Republican Watch Party was happening at Smokey Rose.

“I am a bit surprised to see a restaurant host such a politically-officiated event,” Smith said. “As a business owner, I would worry about upsetting the other side and losing customers, regardless of your own personal political beliefs.”