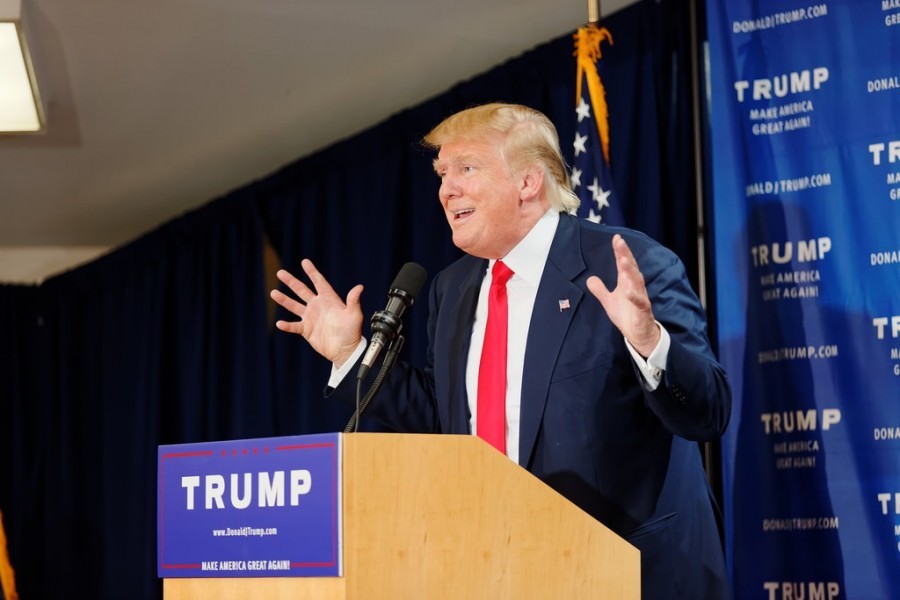 The 2016 election has had its up and downs—especially for Donald Trump. His path to become the Republican nominee was a rollercoaster series of events. Trump started his journey to the White House when he declared he was running for President of the United States on June 15, 2015, at Trump Tower.

This year’s primaries had the largest number of candidates (17) in the GOP race, which was only one of many reasons why the 2016 election has been different from the past. From Trump being the Republican nominee with no government experience and the inflammatory comments he has made along with tweets, he has had the most coverage while spending less money on advertisements compared to the rest of the candidates.

How did Trump get to where he is today? Starting off, Trump was not the predicted winner for the Republican party. Former Florida Gov. Jeb Bush was, due to his father and brother both being past presidents, and he had a large amount of money to spend on campaigning. However, Jeb dropped out in the 4th primary. The other main candidates were Sen. Ted Cruz of Texas, Sen. Marco Rubio of Florida, Gov. John Kasich of Ohio, and Trump. Five candidates withdrew from the race before a vote was cast.

In the first event, the Iowa caucus, Cruz took the win. Trump then took over and won the New Hampshire primary, Nevada caucus, and the South Carolina Primary. Once Trump reached the 1,237 delegates he was the clear nominee for the Republican Party. Still, not all of the other GOP candidates endorsed Trump. Gov. Chris Christie of New Jersey, Rubio, and former Texas Gov. Perry were only a few that did. Cruz eventually came around to support Trump in the waning days of the campaign.

What was an advantage that Trump had over the other candidates? Free media. Trump had the most coverage of any candidate in either party. While he benefitted from that coverage early, he later attacked the press after the coverage turned negative with repeated reporting of some of his questionable statements about Hispanics, Muslims, women and a Gold Star family. Trump’s message that attracted voters included his pledge to build a wall on the border with Mexico, limit immigration, seek better trade deals and bring jobs back from abroad. While his campaign was damaged by the release of an Access Hollywood tape where he boasted of groping and kissing women, he made gains by criticizing Hillary Clinton for her use of private emails when she was secretary of state and touted himself as the candidate of change.