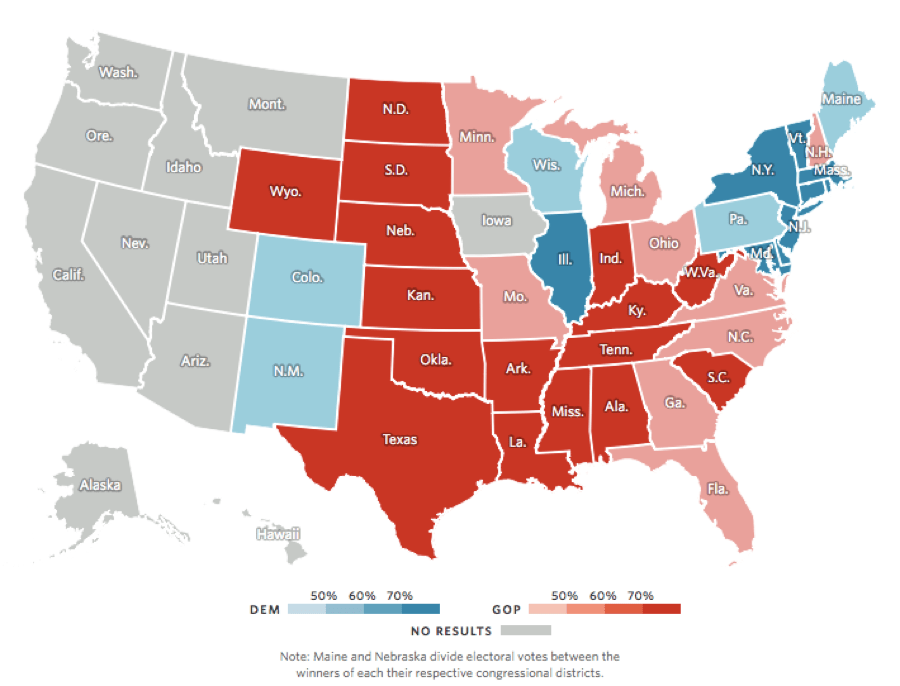 Election Night isn’t going how Hillary Clinton hoped. Donald Trump with no political experience under his belt is giving the former Senator and Secretary of State a run for her money (or her pantsuits). Trump and Clinton are in a tight race for electoral votes in the battleground states. 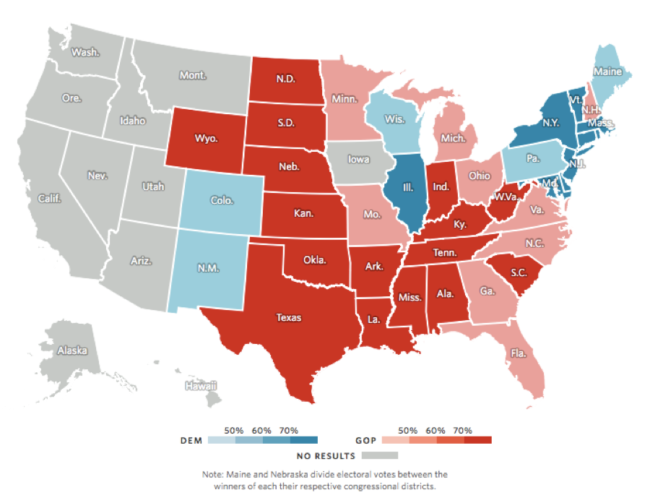