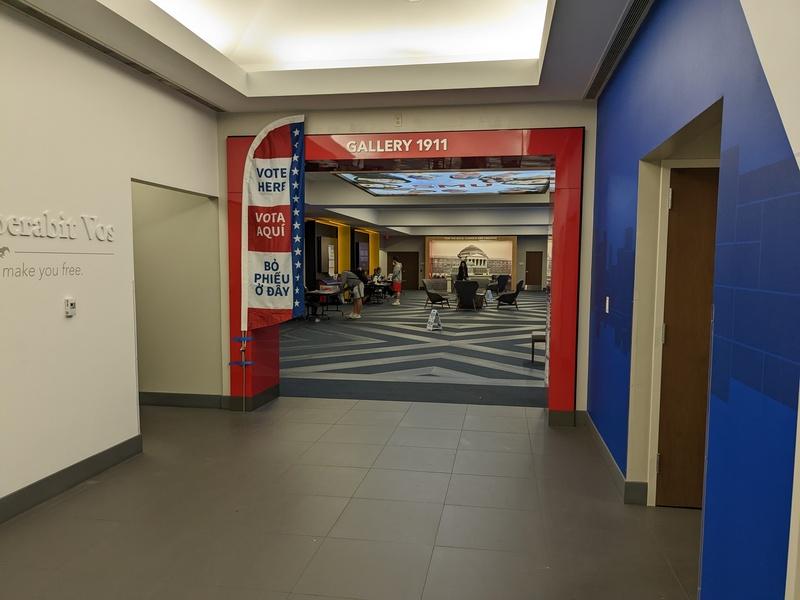 More than 600 students voted on campus this Election Day many of them first-time voters.

First-time voter Violet Enes, a sophomore at SMU, was surprised at how simple the process was.

“It was new and exciting and really easy to do, a lot easier than I thought it was going to be,” Enes said.

Even though voting in person was an easy process for many students, some students are left waiting to vote, noting that they never received the mail-in ballots they requested.

Audrey Hudson, a SMU sophomore from Fairhope, Alabama, made sure to request her absentee ballot early on.

“This is frustrating because as I’ve gotten older I realize how important these midterm elections are,” Hudson said.

With many Americans not feeling that their votes counted in the last election, University Park resident Rebecca Rogers, a student at Clemson University decided to make the trip from South Carolina to cast her vote in person.

“I was fortunate enough to be able to vote in person this election, something I was not able to do in 2020,” Rogers said. “I feel way more involved that I was able to cast my ballot in person versus through mail, especially since some ballots were not counted in the last election.”

Briana Palacio, a financial aid advisor at SMU, noticed that more students showed up to the on-campus polling site compared to previous years.

“I think there’s been a bigger strain on midterm elections because people typically skip them and everyone is making it a point to come out and vote,” Palacio said.

Polls at the Hughes-Trigg Student Center on SMU’s campus closed at 7 p.m.