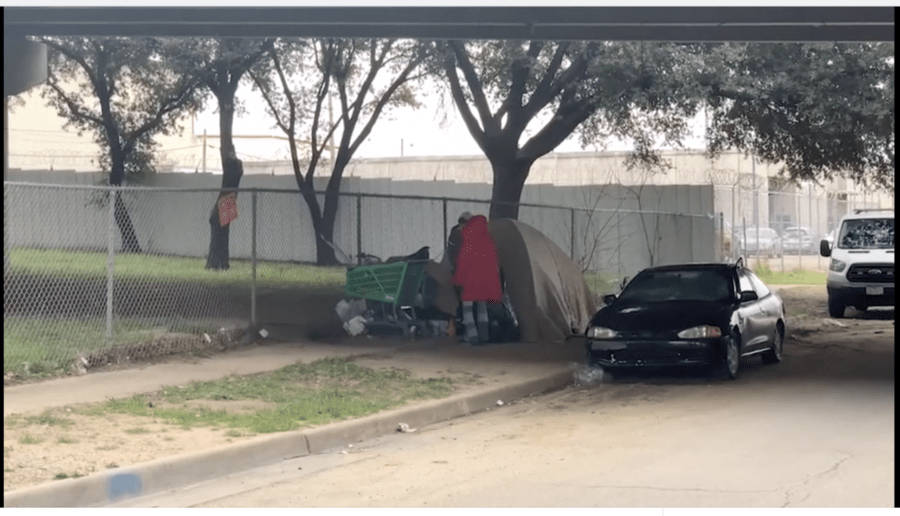 When weather gets extremely hot, or cold, shelters in Dallas county get overwhelmed and the homeless are left with nowhere to go.

“Dallas has about 2,100 emergency shelter beds, and we have about 10,000 people experiencing homelessness,” said Pastor Wayne Walker the Executive Director for Our Calling.

Because the City of Dallas refuses to act, the burden falls on local shelters and non-profits. In the case of Our Calling, a non-profit, they violate city code just so that they can stay open overnight.

“The unsheltered homeless population has risen 269 percent in the last three years. We are growing faster than 95 percent of the cities in the country in homelessness,” said Walker.

Using an app that they created, our calling identifies 206 new homeless individuals each month. The app our calling developed has also allowed local shelters to track available beds in real time so that they can know where to send those in need….

“Everyday, for every one person in a shelter there’s four more sleeping outside. We lose about four homeless people a week to death in Dallas, on a normal week, week’s like this will be a whole lot worse,” said Walker.

Despite staying open overnight, our calling is still limited in the resources they are able to provide.

“I don’t care if you own a church, a restaurant, or work at a bar or a museum, you should have your doors open,” said Walker.

For the second year in a row, Oaklawn United Methodist Church has answered that call. So far this season they have opened their doors 19 times this season as a warming station.

“One of our members of our church who was actually homeless herself, had come to our senior Pastor, Rachel Baughman and asked if the church would open our doors, and we did open our doors,” said Gina Hahn, a ministry lead for Oaklawn United Methodist Church.