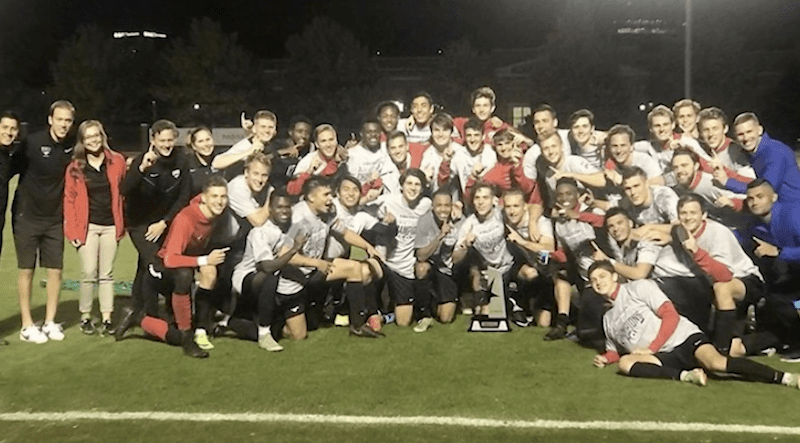 For the SMU Men’s Soccer Team, success is not a rare thing. The Mustangs have competed in the NCAA tournament three of the last four seasons, but the team had never had a start to the season quite like this year.

“We told them the first night in preseason that, you know, it has the potential to be a really special group,” said SMU Men’s Soccer Head Coach Kevin Hudson.

One crucial part of this year’s lineup: the backline.

Philip Ponder, SMU Men’s Soccer Center Back, said that “the people playing next to me are very, very technically sound.”

The team’s formation differs from others around the country. And, the strategy has been working. In their first 10 games of the season, they have scored more than 30 goals and given up less than 10.

“Obviously, you know we want to concede as least as possible, but we do take a lot of responsibility on the backline for sure,” said Eddie Munjoma, SMU Men’s Soccer Right Back.

One thing that makes this lineup unique, the close knit atmosphere both on and off the field. “Talent alone, you know is just a bunch of good players, that’s not necessarily gonna equal results,” said Hudson. Although there are new additions to the backline, including two new transfers, the group could not be closer.

“The atmosphere is very jovial, very happy. At the same time, intense because we know we want to do something that’s never been done before,” said Ponder.

Munjoma added, “I think we’ve bonded pretty well, and it correlates onto the field how well we understand each other off the field.”

Coach Kevin Hudson, a former Mustang himself, has seen the camaraderie between his bench players and starters throughout the season thus far. “You can see it how they score goals, how they celebrate together, how they truly care. You know those things and those relationships that are formed in the locker rooms and off the field and in the classroom, those carry through to the field,” said Hudson.

The team have formed relationships that will last a lifetime.

“Obviously, you remember the trophies, which has been amazing and those really help build the memories, but the relationships, you’re just never gonna forget,” said Ponder.

From living together, to study house, to practices and games the Mustang magic goes far beyond the field. The team finished their season 18-2-1 after dropping a close match to No. 1 UVA in the Elite Eight of the NCAA Tournament. The team’s defenders recorded 11 shutouts this year.