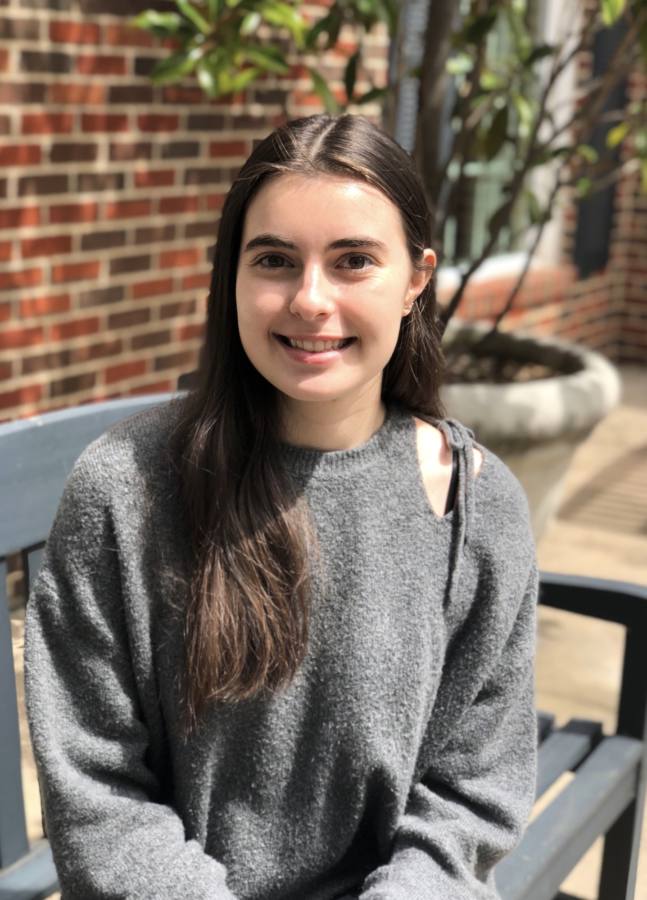 In 2018, there were 5,147 human trafficking cases reported. Despite these statistics, many students remain unaware about what human trafficking is; however, Sophia Brinkley seeks to change this through her program called the Student Alliance Against Human Trafficking.

“Our goal is to just make our campus more aware of what human trafficking is,” Sophia said. “And we do this by hosting awareness events and serving at local nonprofits during the semester.”

When Sophia was a freshman, she participated in Lead@SMU through the Hilltop Scholars program. She was required to put on one service event at the end of the program.

“We didn’t want to just do one service event,” Sophia said. “We wanted to leave a lasting impact, so we did it through creating the student alliance”.

Earlier this spring, Sophia and the Student Alliance Against Human Trafficking put on an event called the Red Sand Project. It was a participatory art installation on campus where students could place red sand in the cracks of the sidewalks.

“It’s just to bring awareness to those who have fallen through the cracks of society due to trafficking,” Sophia said. “It is very participatory, and it encourages people to come together and ask questions about trafficking, and like maybe what your role is in it.”

Sophia understands that not every student will be as passionate as herself about ending trafficking, but she hopes that she can inform them about how consumer behavior and other everyday actions can influence and lead to human trafficking.

“[Student Alliance Against Human Trafficking] has definitely been the focal point of my SMU experience,” Sophia said. “It definitely has given me a different perspective on SMU and what I want to do after SMU.”