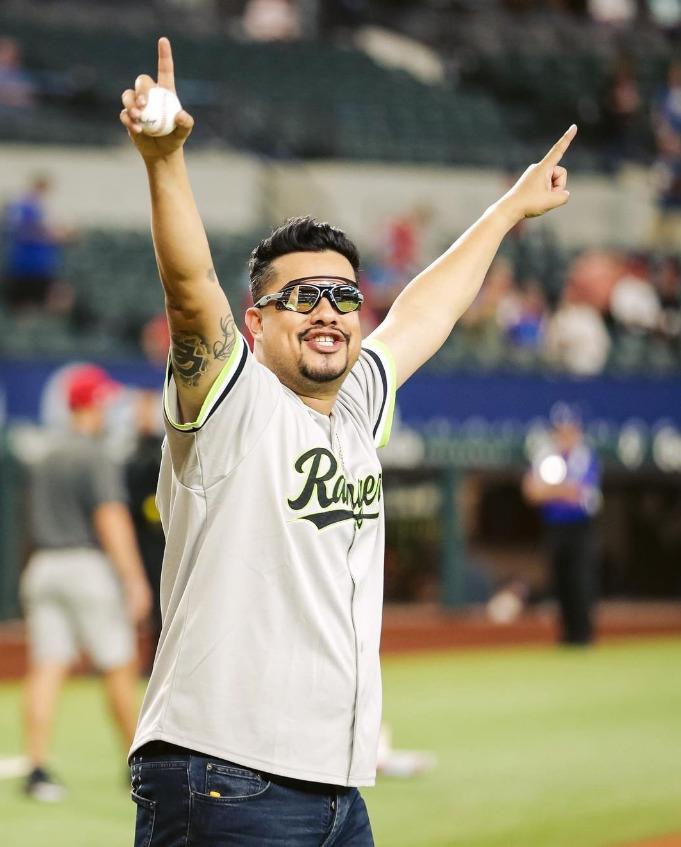 Ashton Giddings, a long time fan of OpTic Gaming, arrives early to OpTic Texas Ranger’s “Gaming Night” and secures one of the limited numbers of autographed tickets in Globe Field Park. He circles his way onto the first floor full of enthralled fans eager to collect his specially made green, gray, and black OpTic Texas Rangers jerseys with a line wrapping around the outer corners of the stadium.

Cheers softly rose to an echo from the front to back of the line, where two important names in OpTic, Seth “Scump” Abner and Hector “Hecz” Rodriguez, wandered into a stadium full of cameras, lights, and treading attendees readily glaring at the entrance the stars were coming from. Giddings focused on being the first in line because he wanted to make his way to his seat to watch the honorary first pitch.

Giddings counted down the days when he would meet and see his favorite creators.

“Ever since I became a fan in 2011, I’ve been wanting to meet Scump and Hecz for the longest time,” Giddings said. “I left work early and traveled an hour away to capture this unforgettable moment of OpTic, a team I’ve been supporting since they were Envy Gaming, and now collaborating with Major League Baseball.”

The event also held a connection for those online, said Zach Donovan, 19, avid watcher of MLB and esports.

“As the biggest baseball head my friends refer to me as, seeing two of my favorite things, gaming and baseball, which are quite different, come together was super cool,” Donovan said. “Esports is becoming more prevalent in the community now, yet there are still a lot of people that don’t respect or understand the acquisitions needed to put a well-made collaboration together.”

Scump and Hecz simultaneously cartwheeled in celebration of the partnership and “Scump’s” speed-of-light like pitch.

“Scump’s pitch was insane if it was actually as fast as I remembered it. Some dudes in the league don’t even throw that hard,” Donovan said.

Mike Trout, player on the Los Angeles Angels, received an equal amount of love and share from attendees in the stadium. Though the collaboration was between OpTic and Rangers, the spirit Dallas fans held for Trout, also applied to players and talent from OpTic, never missing out on a picture-perfect and unforgettable moment, BobbyPoff, creator and three-time Warzone champion, wrote in a tweet.

“It’s unreal how streaming has enabled me to meet some of the coolest people ever,” BobbyPoff wrote.

Prior to the event, the Rangers posted a Call of Duty graphic on their Twitter, showcasing the Ranger’s roster with an animated Rangers player outfitted in GreenWall baseball attire. Overnight, the post garnered more than six million impressions – the Ranger’s most engaged tweet this year.

OpTic Gaming has established themselves in the market as an organization that never misses out on the spotlight. In what may seem like a rivalry between two industries, professional esports and sports leagues continue to bolster each others’ fan bases and opportunities within the industry.

Vice President of sales at Optic, Shay Butler, explained that games and creators pair up with organizations to create opportunities within gaming and esports. Esports organizations like Complexity located in Frisco, Texas, have teamed up with the Dallas Cowboys.

“We can’t thank the Rangers enough for their incredible hospitality,” Butler said. “Our success at OpTic Night shows that the future of entertainment is definitely rooted in gaming and esports.”