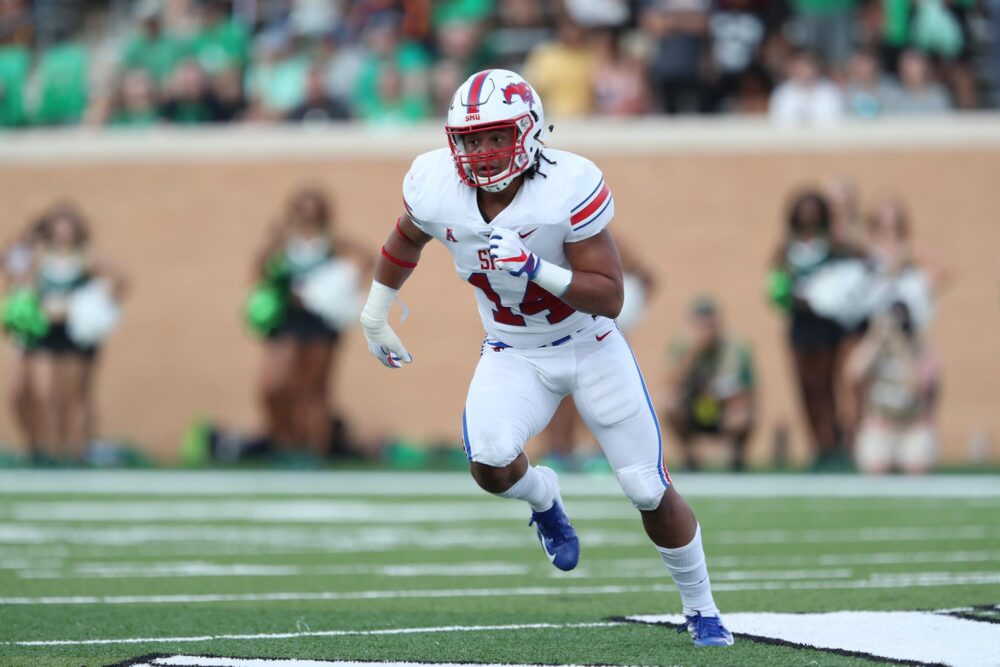 UNIVERSITY PARK, Texas — Richard Moore paused and laughed before he attempted to answer the unanswerable.

The question — how many different defensive coordinators has he played under in his college career — seemed routine. For a normal college football player, it’s rather easy. But for Moore, it’s a test of mental fortitude and memory retention.

“Let’s see, there is Snyder, Chavis, Van…” Moore said, trailing off as he stumbled through his response, swaying with the discomfort of knowing he could miss someone.

He missed one. His most recent defensive coordinator, Jim Leavitt.

Regardless of SMU’s middle linebacker’s ability to recite history on the fly, the question of just how many coaching staffs Moore’s career has spanned is a salient one. The number of years Moore has played college football tends to blend together. The coaches are more permeant reminders of eras come and gone with Moore still manning the middle of SMU’s defense.

Moore, now 25 years old, is a rare super senior on SMU’s roster. A combination of injuries and the blanket extra year of eligibility granted by the NCAA because of COVID-19 have ensured that Moore will play a seventh year of college football.

It is something that rarely occurs in the sport. It is also something, as more players have the one-time opportunity to do it this season because of the coronavirus, that will present unique roster challenges for college football teams across the country.

“It is certainly a strange idea [to think about],” SMU head coach Sonny Dykes said in the middle of last season when the NCAA announced the extra year for all players.

While Dykes noted last year he would have on-going conversations with players eligible for a seventh season to gauge whether they wanted to come back, Moore said there was never much of a choice for him.

“It was something inside of me. I can’t just put something down or walk away from something if I don’t feel like I’m ready to be done with it,” Moore said. “I know that there’s something still left, and I just need to put that on display for everybody. Just for myself, too.”

There is a personal element to it. Moore has transferred and had two injury riddled seasons. He started his career in 2015 at Texas A&M. After not playing much, he transferred to SMU in 2017 and sat out a year.

He led the team in tackles in 2018, his first with the program, but then proceeded to play in just three games in the last two years because of a knee injury he continued to reaggravate. So, this seventh-year is partly about payoff on a personal level for Moore; about finishing a career that has shown glimpses of dominance but has had too many intermittent stops and starts.

But beyond this personal journey, it is also an interesting case study in roster management that is to be a defining feature of the 2021 college football season.

Moore coming back for a seventh season means he is taking up time in the middle linebacking core that was supposed to go to a younger player. It’s presumed that Moore will start, indicating he will potentially take away a year of starting for a younger linebacker like Deuce Palmer, a redshirt freshman.

There are good parts that come with experience, but also the ever-present risk of younger players transferring because of lack of playing time or just not developing as much as they otherwise could with playing time. There is also the struggle of recruiting when players are staying nearly double the number of years allotted.

“I think it’s good for us overall,” Dykes said. “We want as many good football players as we can and having guys back for a [seventh year] is giving us leadership.

“Maybe the biggest jump for our guys will be grit and mental toughness, which a [seventh year] player brings. We need to be more consistent, and older players help you in all of those areas,” he finished.

For now, SMU has looked at it as a positive. Moore has too. It’s part of the reason he says there was never any wavering on whether he would come back for a third college degree.

Other teams with more seventh-year players this season might see it as more of challenge in the depth chart. But SMU, too, will get its taste in Moore.