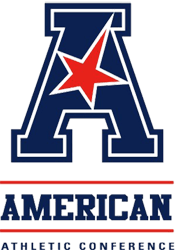 The opening week of conference play has come and gone. Almost every team in the American Athletic Conference had the chance to play two games this week. The top and the bottom of the AAC played as expected, but there is some movement in the middle. The Daily Campus sports writer Reece Kelley Graham breaks down the teams that are trending up and down.

Just looking at Cincinnati’s results in week 1 shows why the Bearcats are sitting pretty on top of the AAC. After escaping Philadelphia with a quality win over a sneaky Temple team, Cincinnati went on to demolish Tulane in their conference home opener. The Bearcats win over Temple was the definition of a rock fight. Though not shooting well themselves, Cincinnati held Temple to just 27 percent shooting from the field. The Bearcats also held Tulane to 27 percent, and freshman guard Jarron Cumberland exploded for 19 points off the bench against the Green Wave.

SMU was challenged in week 1, opening their conference schedule with two games on the road. The Mustangs made the most of these opportunities, outlasting Memphis in a tough environment before shooting 52 percent in the second half to overtake East Carolina. Forward Semi Ojeleye recorded a double-double against the Tigers and the Mustangs limited Memphis star Dedric Lawson to just 14 points and one offensive rebound. Senior forward Ben Moore shined for SMU with a double-double of his own against East Carolina. All five Mustangs starters scored in double figures against the Pirates.

The Cougars opened AAC play by preying on an injured UConn team, silencing the XL Center in Hartford to the tune of a 16 point win. Houston held the Huskies to just 12 points in the first half. Guard Rob Gray Jr. led the Cougars with 20 points and seniors Damyean Dotson and Danrad Knowles added 10 a piece. Houston upheld its reputation as the best three-point shooting team in the AAC against South Florida, with Gray and Dotson combining for 50 points on 56 percent shooting from deep (9-for-16).

Memphis entered the week with the chance to add two top 50 KenPom wins to its resume. While the Tigers were unable to pull off the win against SMU in their conference opener, Memphis did earn a surprise win over South Carolina (RV/25), one of the top teams from the SEC this season. Guard Markel Crawford scored a team high 28 points against the Gamecocks. After being held to a more quiet game than usual by SMU, forward Dedric Lawson added 19 points and 15 rebounds in the winning effort over South Carolina.

Central Florida is slowly putting the AAC on notice and has the potential to be a major breakout team this season. The Knights rolled the Green Wave on the road before dominating a Temple team that had stuck with Cincinnati days earlier. The Knights held the Owls to just 11 points in the first half. Guard Matt Williams and center Tacko Fall each scored 17, leading a balanced offensive attack. Central Florida allows the fourth fewest points per game in the nation. With that defense, nobody should be surprised if the Knights make noise in the AAC.

Temple came close to knocking off Cincinnati in its conference opener. The Owls looked good early and had the game tied at 26 entering halftime. But Temple could not hold on as costly turnovers ended its upset bid in the final minutes. Still, a performance like that against the Bearcats seemed encouraging. Then the Owls were obliterated by Central Florida in a 24 point loss on New Year’s Eve. Teams in the AAC will not know which Temple to prepare for: the Owls that have two top 20 KenPom wins or the Owls that were crushed by the Knights? Temple is the AAC’s biggest question mark.

Injuries and bad losses made UConn’s non-conference schedule a living nightmare, a nightmare the Huskies are having trouble waking up from now that AAC play has begun. With point guard Jalen Adams sitting out with a concussion, UConn found itself unable to score against Houston. A low-energy defensive stand led to a 36-12 halftime deficit. New Year’s Eve gave UConn no reason for celebration as the Huskies dropped an overtime heartbreaker on the road in Tulsa, this time with Jalen Adams. UConn’s next five opponents? Memphis, UCF, Temple, Georgetown, and SMU.

For a team that lost a majority of its top scorers from last season to graduation, Tulsa guards Pat Birt and Sterling Taplin are emerging as leaders. Both scored 13 against UConn in the Golden Hurricane’s conference opener, combining for the five points in overtime needed to overtake the Huskies. Tulsa might be limited by its lack of experience, but every team at the top of the AAC has to visit the Reynolds Center. The Golden Hurricane scrapped and clawed out a win over UConn and could have a few more surprises in store.

East Carolina may have trouble scoring from time to time, but some on the Pirates’ roster will go off unexpectedly. Freshman guard Elijah Hughes scored 19 points off the bench in East Carolina’s win over South Florida. Sophomore guard Kentrel Barkley found success driving the lane against SMU, finishing with 13 points. If Caleb White, B.J. Tyson and a few others end up having big nights all at once, the Pirates’ opponent better be careful.

It is safe to say that South Florida misses Jahmal McMurray. The sophomore guard who announced he would transfer before conference play began was averaging 20.3 points per game, points the Bulls could really use right now. Junior guard Geno Thorpe has been consistent, averaging 13.4 ppg. Troy Holston Jr. has contributed off the bench, scoring 16 points against Houston. Without McMurray, it does not appear the Bulls have the firepower needed to climb out of the bottom of the AAC.

It was a rough opening week of conference play for Tulane. After dropping their home conference opener to Central Florida, the Green Wave were fed to Cincinnati on the road. Junior guard Cameron Reynolds scored 17 against the Bearcats and sophomore guard Kain Harris finished with 25 points off the bench against the Knights. Tulane did lead Central Florida 32-31 at halftime before being outscored 54-40 in the second half.