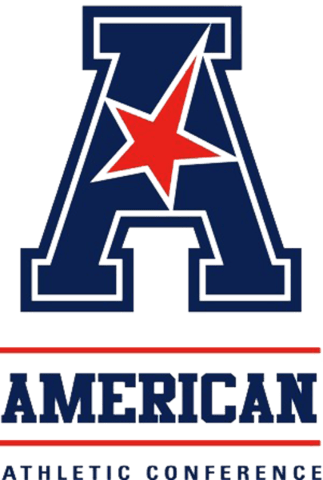 In week 3 of American Athletic Conference play, the conference’s top contenders had some shaky performances while teams from the bottom began to trend up. The Daily Campus sports writer Reece Kelley Graham is back with our updated AAC power rankings.

Cincinnati claimed the status of being the last AAC team undefeated in conference play by squeaking out a win over SMU on Thursday. The Bearcats needed luck. Cincinnati relied on big shots in key moments to win and just happened to be facing a SMU team that seemed unwilling to guard the perimeter. When the Mustangs finally settled down, Cincinnati had its hands full. The defensive juggernaut that is Mick Cronin’s Bearcats ironically struggles to score against great defensive teams like themselves. Even East Carolina was able to slow Cincinnati down this week. The Bearcats’ top wins (Iowa State and SMU) have come with a combined scoring margin of only plus three points. Cincinnati is tough as nails, but week 3 showed the conference that the Bearcats have vulnerabilities.

Losing is hard, especially by two points to one of your biggest rivals. That being said, it is possible to look good in a loss, and SMU raised some eyebrows on Thursday. If not for an abysmal defensive performance in the first half, there is no telling how well the Mustangs could have competed. SMU took Cincinnati to the wire in Fifth Third Arena, a building the Mustangs have never won in. SMU lost by only two points and the Mustangs came that close without Nic Moore, Markus Kennedy or Jordan Tolbert. SMU’s performance against the Bearcats speaks to the interchangeable parts mentality Tim Jankovich has installed. Even in defeat, the Mustangs closed the gap between themselves and Cincinnati, literally and perceptively. SMU climbed in the KenPom ratings while Cincinnati fell. The Mustangs also fared a lot better by the eye test than anyone expected. SMU’s two-point loss has people wondering: how did the Mustangs dig themselves into such a hole and how did the Bearcats let them crawl out? Round 2 in Moody Coliseum on Feb 12. Meanwhile, SMU must prepare to host UConn and Houston in a three-day span.

RELATED: Rally comes up short as Mustangs fall at Cincinnati, 66-64

The Cougars did not look like their traditional selves in week 3, allowing the defenses of East Carolina and Central Florida to get the better of them. Houston survived Minges Coliseum, but then fell to Central Florida despite Rob Gray Jr.’s second-highest scoring total of the season. Teams that live and die by the three-ball will eventually get burned, as did Houston in Orlando this past week. The Cougars shot only 29 percent (6-for-21) from three-point range, which was not enough considering nearly a third of Houston’s shots were launched from deep. Central Florida knows how to score too, and the Cougars could not keep pace – Houston never led in the game. The loss takes some pressure off of Cincinnati and SMU, who must play Houston a combined three more times this season.

Just when some started thinking the Central Florida hype train was losing steam, a win over Houston comes out of nowhere. Last week’s road loss to UConn is forgiven considering the Knights held all of the Cougars not named Rob Gray Jr. to just 42 points. All of Central Florida’s starters scored in double figures, including a 20 point night from guard B.J. Taylor and 15 point efforts from guards A.J. Davis and Tanksley Efianayi. The Knights have consistency issues, but can compete with the best in the conference.

Not only did Memphis get upset by a young and undersized Tulsa team this week, but the Tigers also defeated South Florida, a sub-250 KenPom team, by only six at home. Memphis did not play especially bad either, but rather caught the Golden Hurricane and Bulls on good days. Forward Dedric Lawson scored 26 against Tulsa and guard Markel Crawford, who won AAC player of the week honors in week 2, added 30 against South Florida.

UConn followed up a great win over Central Florida with a good win over Temple. Both may have come in the comforts of home, but for a battered UConn team still three losses under .500, Huskies fans will not complain. UConn is starting to play with the confidence and resilience that college basketball fans have come to expect. The Huskies might be too far gone to make a serious run at the regular season conference title, but the AAC needs to watch out for them if they continue to heat up. UConn’s first big conference road test comes this Thursday in Moody Coliseum.

Tulsa’s surprise victories over Memphis and Temple this week show the Golden Hurricane’s capacity to disrupt the natural order of things in the AAC. The leadership and production of Pat Birt and Sterling Taplin continues to defy preseason expectations. For a program in rebuild mode, Frank Haith has two strong pieces to build around. Tulsa has played the fewest conference games of any AAC team – will the success continue in a larger sample size?

Temple’s week 3 results make it hard to believe the Owls own the AAC’s two best non-conference wins. Temple looked as if it could be a major contender early on, but has since gone 1-5 in AAC play. After suffering a brutal loss to Tulsa at home, things will not be getting easier for the Owls with Cincinnati next on the schedule. Temple is a dangerous team, but has not been able to compete like many thought.

East Carolina is underrated defensively, but has yet been able to amount the scoring attack needed to compete in AAC play. The Pirates have hung with Central Florida and Cincinnati, but were not able to truly keep pace with them. East Carolina’s upcoming stretch of conference play will not get easier as the Pirates will be playing without their head coach. Jeff Lebo announced this week that he will have hip surgery and will be out for an undetermined amount of time.

Tulane finally earned its first win since early December, knocking off South Florida in Tampa this week. The Green Wave also outrebounded SMU, a feat no other team in the AAC has been able to accomplish. Tulane has a long way to go, but the effort and hustle is there, along with a few good shooters.

South Florida came close to upsetting Memphis on the road for the Bulls’ first conference win. South Florida held Memphis forward Dedric Lawson to only 11 points, but the Tigers’ Markel Crawford scored 30, putting an end to the upset bid. The Bulls have had some good showings since head coach Orlando Antigua was fired, but South Florida will most likely hover around the bottom of the AAC until seasons end.