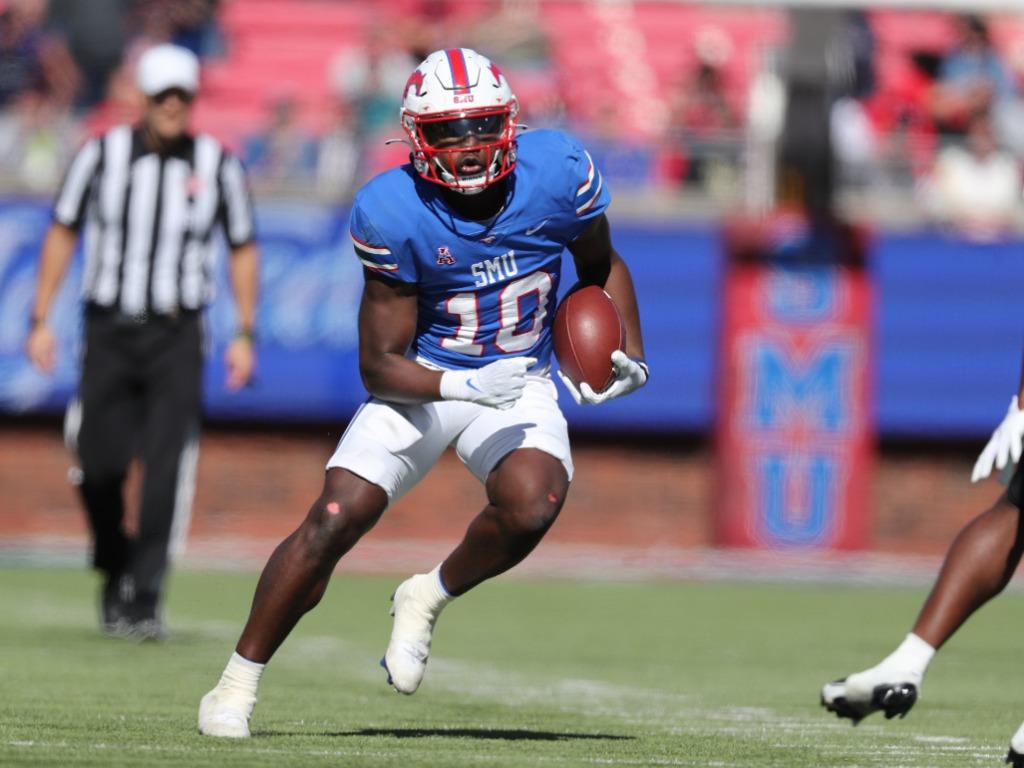 The true freshman had been dealt a series of blows to start his college campaign. To start, he contracted the coronavirus. Then, he broke his wrist just as he started to get back into football shape.

It led SMU head coach Sonny Dykes, in those early days, to openly discuss the possibility of a redshirt year. A restart to what could have been a disastrous start.

“We were thinking about doing that,” Dykes said. “But we kind of looked down and he was eighth on the depth chart. We thought a couple of guys could get hurt and he could step in there.”

And, while it may have been improbable in August, that is the scenario that played out on Saturday. With Jordan Kerley out in a boot, and Danny Gray knocked out mid-game with a foot injury, Goffney was finally called on.

In his first series against UCF, he caught three passes — matching his season total through the first nine weeks of the year. And as the game unfolded, it was Goffney’s team-leading 10 catches for 88 yards that pushed SMU to a convincing, must-win game in November.

The early-enrollee finally played the role he thought he could, even if it seemed unlikely three months ago.

“It was rough at first but I always knew this is the role I could play,” Goffney told The Daily Campus.

A reason for that confidence, though, could be that Goffney is following a proven blueprint during the Dykes era.

Rashee Rice had a similar rise at the end of his freshman campaign. He sat for most of the year, waiting behind James Proche and Reggie Roberson Jr. When injuries piled up, Rice came on and saved the game against Tulsa in 2019 to save SMU’s undefeated season.

Rice, during his freshman year, was roommates with Proche. It was a mentorship decision, a freshman leaning on a senior to bring him up in the program.

Goffney says he doesn’t necessarily think of himself as a young Rice. He also doesn’t look up to any one person on the team, he says. It is more of a collective mentorship program among the wide receiver this year.

But regardless of that, Goffney is stepping in. And however he is prepared for his role — whether that is rooming with upperclassmen or following his own path — that is the goal for SMU.

Who knows how long Goffney will be called upon. Gray could come back and other injuries might resolve. But, like Rice in 2019, he is ready now for his moment.