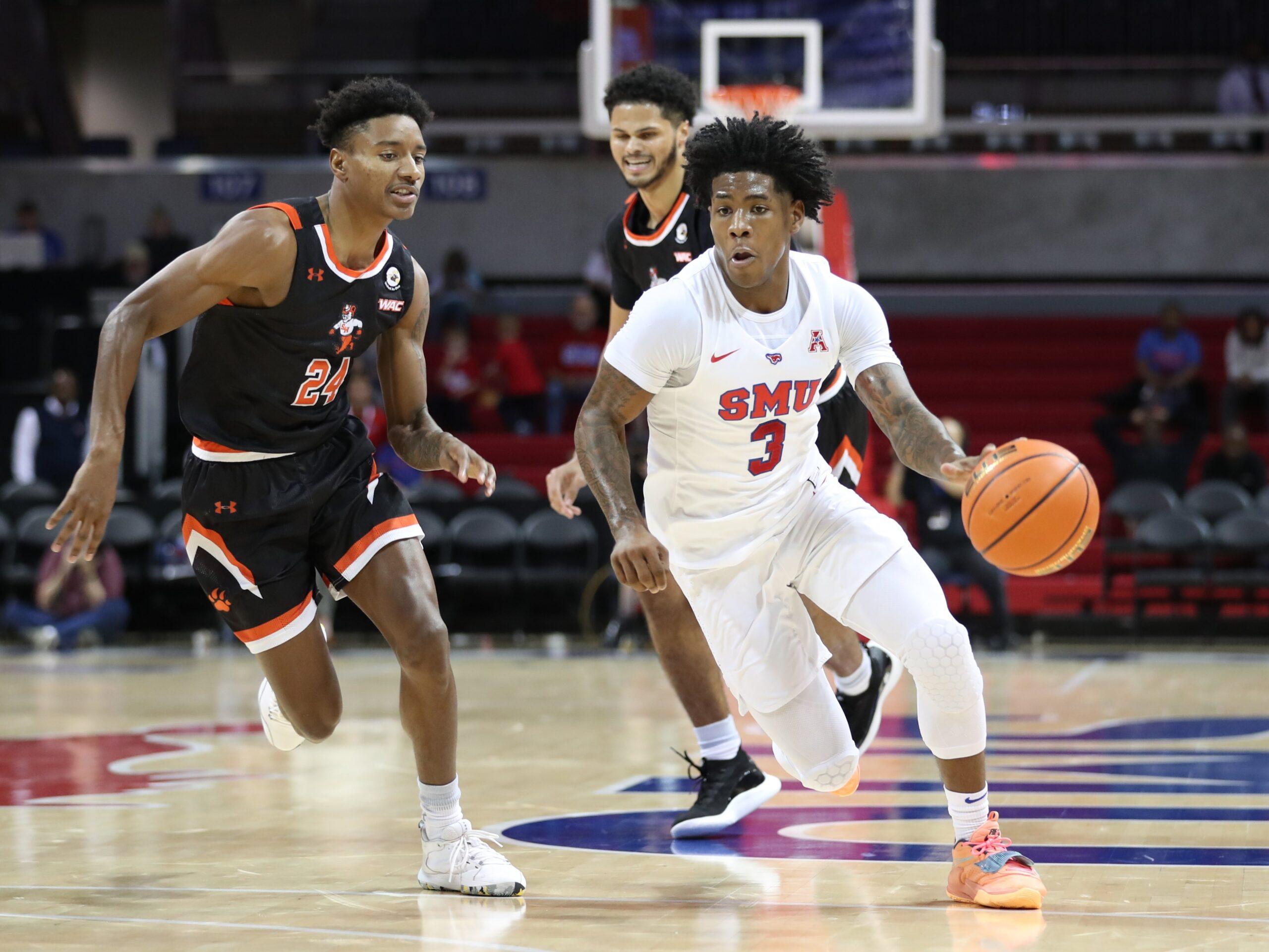 UNIVERSITY PARK — The buzzer echoed around the arena. The fans breathed signs of relief. The game was finally over, with SMU claiming victory.

But this victory should’ve, and could’ve been certain.

Should’ve, because SMU has never lost against Sam Houston at the Moody Coliseum, winning all four previous meetings against them.

Could’ve, because at one point SMU had a 20 point lead over the opposition. Tonight however, “certain” was most definitely not the word for this game. Try “cagey.”

But we’ve seen this before. In their last two games at the Jacksonville Classic, SMU also struggled with their shooting in the second halves, losing to both Loyola Marymount University and the University of Missouri due to this issue.

While they beg for consistency with this SMU team, one thing the fans can be sure of is delivery from their star guard Kendric Davis. Through the six games this season, Davis is averaging 19.5 points (5th AAC) and 5.3 assists (1st AAC, 31st NCAA) with a 1.6 assist-to-turnover ratio (9th AAC). Against Sam Houston tonight, he finished with 21 points, 4 assists and 6 rebounds in the 32 minutes he played. He shot 42.9% from the field and 70% from the line.

There was no love lost for Zach Nutall as he played his first game against his former team since his transfer to SMU. The last time he played at the Moody Coliseum for Sam Houston, he scored a 36 points against SMU, a career-high for the 6’3 guard. Tonight he scored 5 points and grabbed 5 rebounds. Teammate Emmanuel Bandoumel finished with 13 points from 3 of 6 shooting, Stephan Todorovic with 9 points from 3 of 3 shooting and twin-pairing Marcus Weathers and Michael Weathers both finished with 9 points from 4 of 5 and 3 of 6 shooting respectively.

Another bright spark SMU can take away from tonight’s game is the extraordinary home form they continue this season, as this team is yet to lose any game at the Moody Coliseum in Dallas. After this win, SMU is now 4-3 this season – all victories coming at their home ground in Dallas.

This game against Sam Houston is the first of five consecutive home games SMU play at the Moody Coliseum, as their games against ULM, UNLV, Vanderbilt, and Dayton in the upcoming weeks are all going to be held in Dallas. SMU go into the weekend in high spirits after this important win and look forward to their next game against the University of Louisiana Monroe at Moody Coliseum on Sunday.