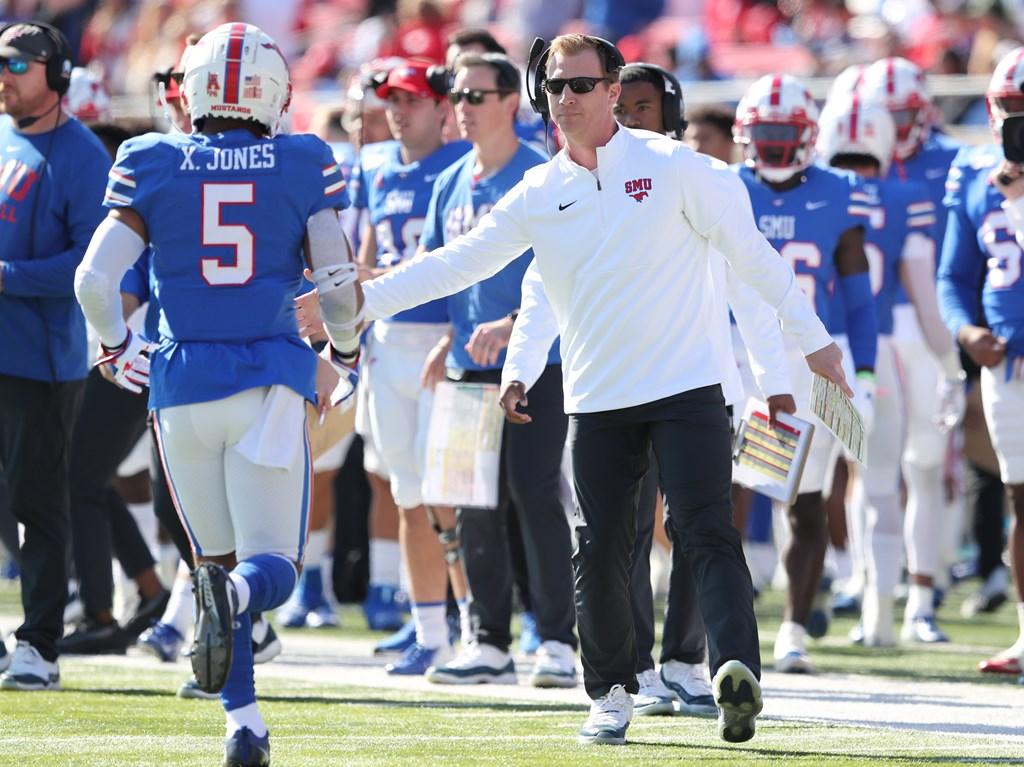 Sonny Dykes has not been officially announced as TCU’s head coach yet. But that did not stop SMU from naming his replacement.

“My family and I look forward to engaging the community and continuing to strengthen the program’s ties to the city. On the field, we want to build on the foundation of success we’ve established and compete for – and win – championships,” Lashlee said in a prepared statement.

The announcement ends a month-long saga with Dykes that had people questioning whether he would stay or go.

Since late October, Dykes name had been mentioned for jobs at Texas Tech and TCU. Dykes, throughout the process, was starkly non-committal about his future plans and mostly did not address the team as reports swirled of his departure.

On Friday, a day before SMU’s final regular season game, an ESPN report said Dykes would leave for TCU. The team, according to multiple parents and players, found out through the media and were hurt by Dykes’ lack of communication.

Lashlee is Dykes’ protege. He coached at SMU from 2018-19 under Dykes and oversaw one of the better offenses in the country.

With Texas transfer Shane Buechele at quarterback, Lashlee’s offenses reached inside top 15 in the nation in points per game, passing offense and total offense.

The Daily Campus reported last week Lashlee was starting to build his staff in anticipation of becoming SMU’s next head coach. SMU and Lashlee had been in touch about filling Dykes’ position for over a month as the administration prepared for Dykes’ departure.

“As with previous transitions, our process was thorough and competitive. Ultimately, though, our conversations kept leading us back to one man – Rhett Lashlee,” Athletic director Rick Hart said in a prepared statement.

Lashlee arrived in Dallas on Sunday, according to The Dallas Morning News, and met with the team Monday morning. Several players in the meeting tweeted their support.

“The future of SMU Football is in GREAT hands,” senior Hayden Howerton wrote.

The question now will be about staffing and retaining players.

Dykes is expected to bring several coaches with him to Fort Worth, including offensive coordinator Garrett Riley. The Daily Campus confirmed with several prospective recruits that assistants Chidera Uzo-Diribe and David Gru will also head to TCU.

Several players, including Stone Eby and Cobe Bryant, transferred from SMU Monday morning as Lashlee came in and Dykes’ departures.

“To all the athletes getting recruited right now. When you make your final decision and commit somewhere. Make sure it’s for the school and program and not just for a coach. Coaches always come and go because it is a business. The quicker it’s understood the easier the process is,” Eby wrote on Twitter.