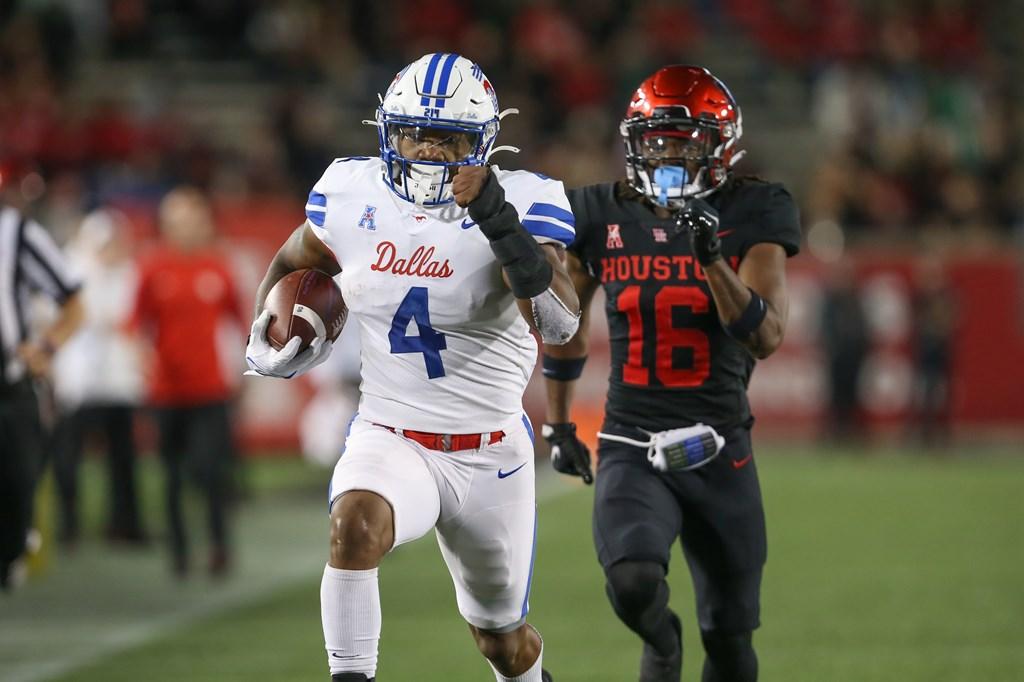 MEMPHIS — Before the loss had even settled, before the questions were even asked, and before anyone could truly process the walk-off kickoff return for a touchdown, Sonny Dykes was already talking about the road ahead.

In the back room of TDECU Stadium, where No. 19 SMU had just lost 44-37 to Houston for its first defeat of the season, Dykes did not need a prompt to address the elephant in the room.

“I just talked to [the team]. I told them we can’t let one loss become two,” Dykes said.

And this year, after losing its first game in week eight of the season, SMU will again face that challenge. Only this time, the road after the loss might both be tougher and more significant for the future.

SMU will play three teams, Memphis, Cincinnati and UCF, that have combined for over a .700 winning percentage and fill out the top half of the conference. More than that, this stretch of games is occurring against the backdrop of Dykes’ name being mentioned in multiple job openings.

It means not only will these games be harder to win, but their result could heavily influence future coaching decisions.

“This will be murder’s row,” Dykes said. “I think we’re more prepared, you know, for the for November and the back end of our schedule that we have been at any point. But it’s tough.”

And tough is the only way to describe what the next four weeks will be for SMU. Memphis, UCF and Cincinnati, combined, are better than any other November schedule SMU has seen in the last two years.

In 2019, when SMU lost two games in November and went from No. 15 to unranked, it faced two 10-win teams. But it also had East Carolina and Tulane to the schedule, teams that combined for a .461 winning percentage. SMU went 2-2, then lost to Florida Atlantic in the bowl game.

Then in 2020, SMU had an even easier schedule in November but went 1-2. It played Temple, Tulsa and East Carolina. None were ranked. The results, though, ended up being a loss to Tulsa in 21-point meltdown and a loss to a two-win East Carolina team.

This gauntlet, in 2021, will be a different type of battle. Instead of two top teams, all three of Memphis, UCF and Cincinnati have been recent powers in the American. Cincinnati is 8-0 and No. 6 in the nation. UCF is 5-3 and won 10 games in 2019. And Memphis, SMU’s next opponent, is 4-4 but has won 24 games in the last two and a half years.

And on top of that, these games could affect Dykes’ future. Dykes is a candidate for Texas Tech, TCU and Virginia Tech. Sources told The Daily Campus this week there is a growing feeling he will leave at the end of the season.

But if Dykes loses out, and SMU continues to lose after a loss, he could become a less viable candidate for those jobs.

So, as SMU wades into the toughest part of its backloaded schedule, it carries both the burdens of the past and the future. If it flings off the troubles of its past, it may bring on the uncertainty of Dykes leaving. If SMU can’t rewrite the past, it may inadvertently keep Dykes around.

It’s a weird place to be in, but one that SMU will have to navigate starting on Saturday.