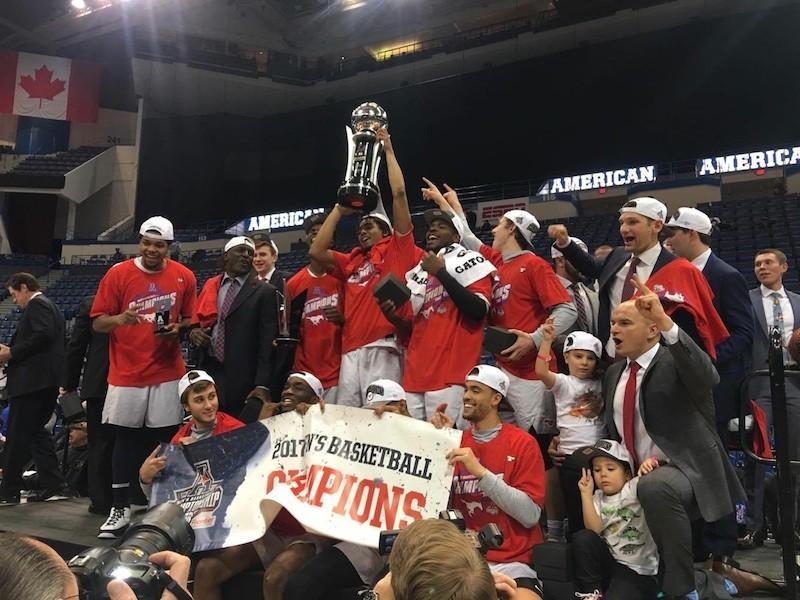 After finishing conference play with the best record in program history (30-4), No. 12 SMU is heading back to the NCAA Tournament for the second time in three seasons.

The Mustangs have earned a 6 seed and will play in the East Region. SMU will play either Providence or Southern California during the Round of 64 in Tulsa, Oklahoma. That will be determined after those teams face off in the earliest play-in round.

The announcement came shortly after the Mustangs defeated No. 15 Cincinnati to capture the 2017 American Athletic Conference Tournament Championship. The team watched the NCAA Selection Show from the team hospitality room at Hartford, Connecticut’s XL Center immediately following the championship game.

SMU has now won 16 games in a row and 30 games for the first time in program history.

Providence ended the regular season with a 20-11 record. The Friars finished in a four-way tie for third in the Big East and were eliminated by Creighton in the first round of the Big East Tournament.

3 seeded Baylor, another Texas basketball powerhouse, will play at the same location as SMU and could meet the Mustangs in the Round of 32.