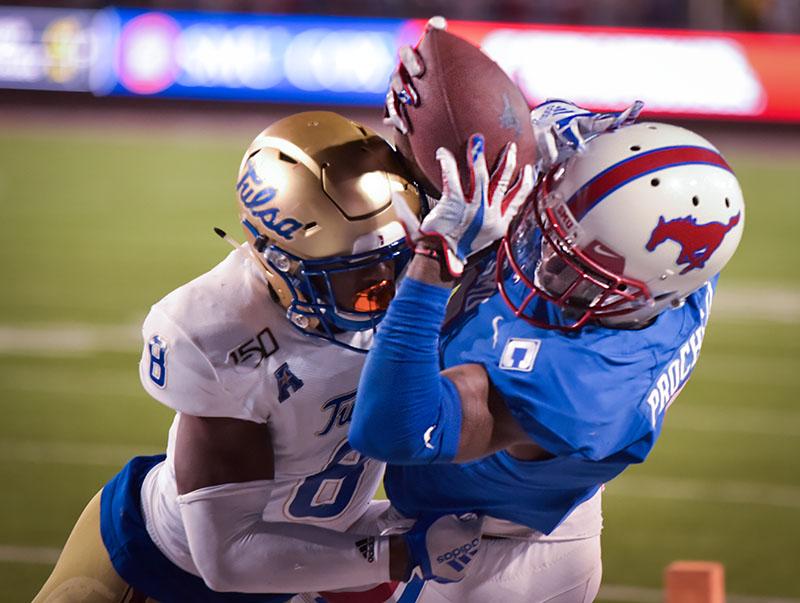 By Julia DePasquale and Olivia Pitten

The Baltimore Ravens chose James Proche, a fourth-year Mustang wide receiver, with the 22nd pick of the sixth round of the NFL Draft on April 25, 2020.

Following the Mustangs’ historic 10-win season, Proche was named to the All-American Athletic Conference first team for the second consecutive year and was honored as a FWAA Second-Team All-American.

Congratulations to @jamesproche3 and thank you for all that you did for @SMU_Football. You have been a joy to work with and we can’t wait to see what you do now. #PonyUpDallas #2020NFLDraft #SMU2NFL pic.twitter.com/dwiAqfjHRG

Now, as the sole Mustang selected in the 2020 NFL Draft, Proche begins his professional football career in Baltimore.