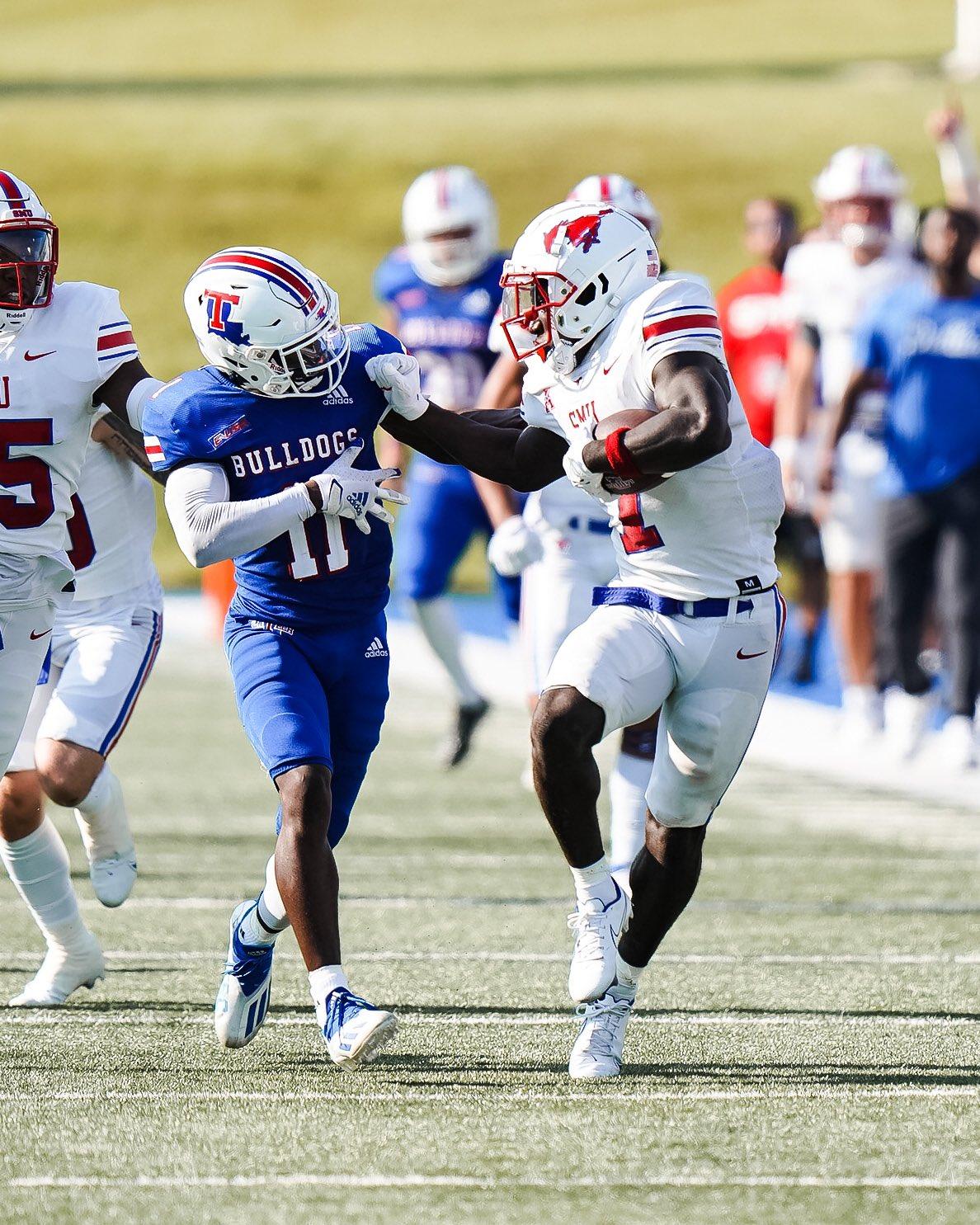 RUSTON, La. — Another week, another win.

Try two: Another week, another win, that looks like a loss, but feels like a win, and actually doesn’t matter at all.

Yup, that sums it up better.

For the second straight week, SMU beat an inferior team, skating by in just about every sense of the word. In Ruston, SMU required a miracle comeback, a Hail Mary tipped pass that, according to Ulysses Bentley IV, sometimes doesn’t even work in practice. Had that play not worked, SMU would have been staring down its first September loss since 2018.

The week before that, SMU slogged through a game against North Texas where it turned the ball over four times and Sonny Dykes said it was lucky to win.

“I can’t believe it. Craziest thing I’ve been a part of in sports. Not even close. We’re going to remember this for the rest of our lives. It’s crazy. I’m still lost for words,” Tanner Mordecai said.

But, as of right now, the important part isn’t that SMU is undefeated or that it is feeling good. That part was expected. Its first three opponents had a combined .384 winning percentage last year.

The fact that counts is that we don’t know much about SMU after three games. And the first three games, in the grand scheme of things, don’t matter.

Really, TCU will not only be its first gut check, it will be the first time any of us see the real SMU team.

You see, these first few weeks have been hard to decipher what is real and what isn’t. We know the Hail Mary against Conference USA teams aren’t sustainable. But that is really just a microcosm for a capricious team.

Take Mordecai for example. In his debut, he broke the school record for touchdowns [seven]. He then turned around and had a hand in four turnovers, including two interceptions. Then he followed that act with five touchdowns on the road.

Take the defense now. It opened up by giving up just one scoring play to ACU. Then it flexed its muscle against North Texas, only to give up nearly 500 yards of offense to Louisiana Tech.

And, for good measure, let’s look at the offensive line. Same trend.

It started off with a lackluster performance to start the year. Then played so poorly against UNT that fifth-year senior Beau Morris got pulled. And in Ruston the group may have been the most highly functioning unit on the team throughout the day.

It all goes back to that convoluted, poorly structured sentence in the beginning.

These first three games, if SMU is good, will be a footnote to a long season. If SMU is volatile, then we can’t say we didn’t see it coming.

TCU will be the first indicator of which one it is going to be. At this point, we are going to be meeting the real SMU team for the first time come Saturday.