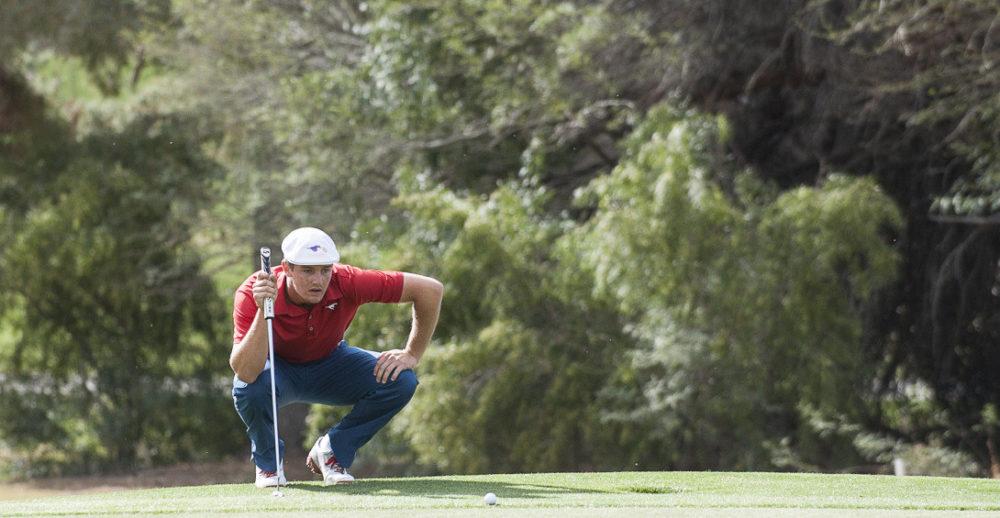 Bryson DeChambeau did something he had never done on a golf course before on Sunday. The 6-foot-1, 240-pound newly minted muscle man of the PGA Tour had to wait for the group in front of him to clear off the green of the 13th hole before he took his tee shot.

The pin was 399 yards away. He was scared he could hit them.

“I couldn’t believe I had to do that,” DeChambeau said. “I really could have gotten there [too], I just pulled the shot… Hopefully I can have that going on a lot more down the road.”

Most golfers would not have thought twice in his situation. They would have hit the ball, laid it up before the green and played from there. But DeChambeau, with his arms bristling out of his striped Puma shirt and touting a swing that looks more like a home run hitter slapping a fastball into centerfield, is not most golfers anymore.

He wants it to be that way. He has always thought of it that way.

DeChambeau used the coronavirus layoff to do something he has talked with his coach Mike Schy about for years: Bulk up. The former SMU national champion and U.S. Amateur Champion in 2015 put on 20 pounds of muscle. He went from playing at close to 200 pounds at SMU, to 220 pounds last year, to 240 pounds by June.

It was his attempt to sell out on his driver and distance. The calculation was simple — getting 30 more yards off the tee than the rest of the field would lead to wins, and a way of golf, nobody had seen before.

Sunday, at the Rocket Mortgage Classic in Detroit, he was proved correct — for the time being at least. With his sixth win on the PGA Tour, DeChambeau won in large part thanks to outdriving the entire field for four consecutive days. He averaged over 350 yards on his drives and pulled out the driver whenever he could. He even apologized to the designer of the course for outdriving most of the bunkers and hazards.

It was all validation of sorts, perhaps relief that he was right.

“It was a little emotional for me [to win]. I did do something different. I changed my body, my mindset. I was able to accomplish a win while playing a completely different style of golf,” DeChambeau said.

With the PGA Tour having nearly a stage onto itself with the NBA, MLB and NFL still dormant, DeChambeau’s seemingly overnight change has garnered him national attention. Long before this spotlight however, before he became the darling of The Tour, DeChambeau had been doing things like this on a golf course.

A physics major at SMU, DeChambeau treats golf like a physical manifestation of the angles, power and velocity on paper. After all, DeChambeau says, that is really all it is. Ask him any question about a shot and he instantly becomes the physics student again, unloading long answers that usually involve ball velocity, spin rate, and cutting down angles.

In college, he reoutfitted his entire golf bag so that every club was cut to the same length, 37.5 inches. Most golfers have their driver longer than their putter. DeChambeau never agreed with that. He wanted to have the same swing for every club no matter if it was a smooth eight iron – that he used to win the Rocket Mortgage Classic on the eighth hole on Sunday – or a driver.

It is all a part of this mantra he calls “being the house,” as in casino house. He has said it since he was a junior in high school. Summed up, it means DeChambeau wants to find golf’s advantages that nobody has seen and use them to win. That can mean the length of clubs, or more recently, betting on the size of his body. The casino house always wins, DeChambeau wants that too.

“You just have to be the house. Figure out all these little advantages and make the odds in your favor,” DeChambeau said. “I have said it since I was 15 but I never really vocalized it until now. Now I have this pretty big advantage with the driver and I’m glad it came to fruition.”

What DeChambeau has done with his body is still a gamble. Golfers that have so much muscle, with such a violent swing, have had checkered fates in terms of longevity. There was always the immediate question, as well, of whether the gamble of the driver would even pay off with wins. DeChambeau said after the last three weeks of Top Ten finishes but no victory, he had some doubts.

The win in Detroit will at least calm the latter question.

“I had no idea if I was going to win today… but it is validating to win with a completely different body,” DeChambeau said. “It gives me a lot of confidence I am heading in the right direction.”

The former question, about just how long he can keep up such a swing, is still unanswered. For now, though, DeChambeau is pushing forward with is latest calculation on the sport.

He will fly to Denver for a morning workout with known muscle activation trainer Greg Roskopf. Among other things, he will be working with a company called Neuropeak to do brain training activities. The goal is to maximize the power in his swing, even if that means putting on more muscle.

“I think I have maintained where I am at pretty well even through these four weeks [of playing]. This week was my highest ball speed week which is pretty cool to see,” DeChambeau said. “We are going to be seeing how much stronger I can get before I head back to Memorial. I’m going. I’m going full sailing, as hard as I can, to get as far and as strong as I can.”

In the meantime, his celebration will also be indicative of the new DeChambeau. He jokes he might get Jersey Mikes, maybe Boston Market. He wants his favorite steak and potatoes. The one thing not up for debate, he says, was a couple of protein shakes.

“I’ve got a workout in the morning,” DeChambeau said.

He wants this, in the end, to start a movement of younger golfers playing golfers his way. In his mind, it will take another generation to see his work manifest in the sport. But, if he wins, he thinks it can get there. In that way, he really will have been “the house.”

“The most important thing is that I have shown people there is another way to do it,” DeChambeau said.