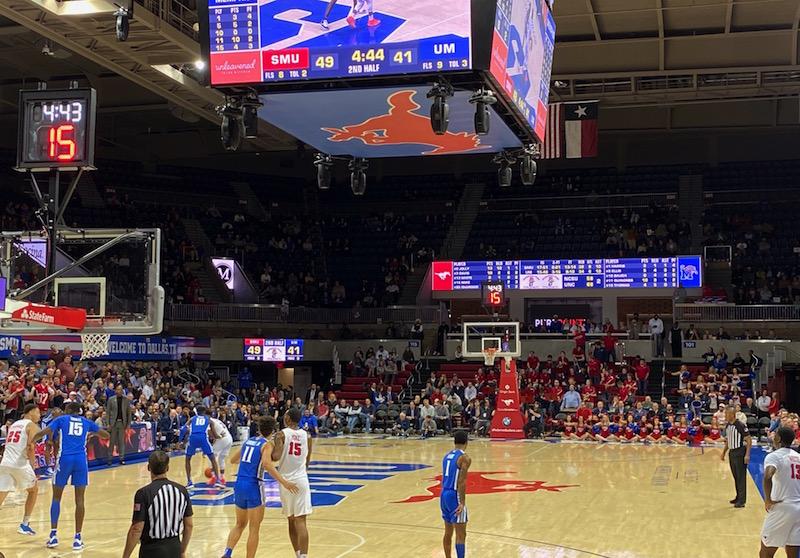 The Mustangs defeated Memphis 58-53, despite struggling on offense throughout the game. SMU ended the night with just two completed three-point shots out of 21 attempts.

“We shoot 9 percent from three against Memphis and you win? Are you kidding me?” said head coach Tim Jankovich after the game.

Both 3-pointers came from junior Tyson Jolly, who led the team with 10 rebounds and 13 points.

Jolly stepped up for the Mustangs towards the end of the first half, which ended on a 14-2 Mustang run.

“That game was all about will, and grit and fight. That’s all that game was about. It certainly wasn’t about making shots,” Jankovich said.

Memphis also struggled to get the ball into the basket, shooting just 34 percent. The bright spot for the Tigers was forward Precious Achiuwa, who scored 17 points and had one assist in just 19 minutes of playing time.

The win lifts the Mustangs to 15-1 at home this season, and gives them control over their own fate in the upcoming AAC Championships.

“We know what’s at stake and we know we can’t drop games because it’s going to make it harder for us in the conference tournament if we don’t get that first-round bye,” Jolly said.

Next up, SMU takes on Wichita State at home on March 1.