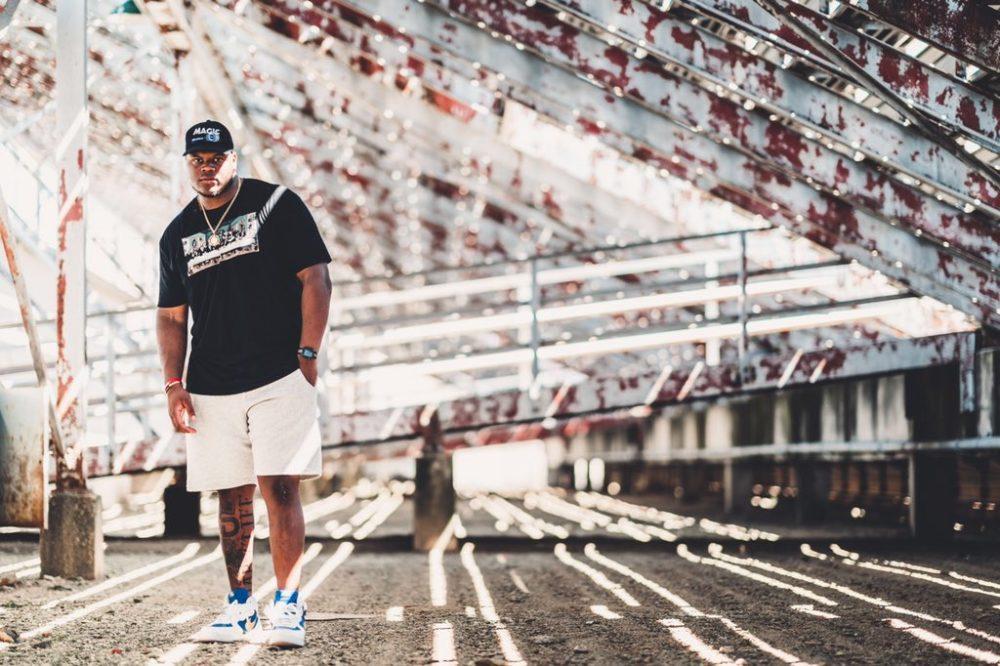 Demerick Gary was traipsing through another high school gym, walking out of a different coach’s office from an interview, when he got the call he was coming home.

For SMU’s former defensive line standout, the last 150 days have been about as far away from what he could have predicted back in March. Sure, that would hold true for just about anyone these days. But in Gary’s case, the coronavirus led him to a particularly precarious position.

He had been living in his brother’s apartment, cramping his 6-foot-2, 287-pound frame onto a makeshift air mattress every night. Most days, he did not have more than $100 to his name. Odd jobs and entrepreneurial ventures kept food on the table, but anything beyond that was a luxury.

“You know, not a lot of people know that… It has been really rough, I’m not going to lie,” Gary said of his last four months.

So, when North Crowley head football coach Eugene Roberts called to offer him an assistant coaching position, the overwhelming emotion was twofold; relief and excitement. The uncertainty of the last four months was over.

The Plan That Wasn’t

You’d expect the former SMU defensive tackle, the one whose face was plastered on “Dallas-Born” Billboards, the one who elected to stay a 20-minute drive from home to build his hometown program, the one who loved his hometown so much he tattooed the Triple D logo to his leg, to have a momentous homecoming.

Gary certainly thought so. The Kimball High School graduate had it all planned out.

After SMU’s season ended, he would train for SMU’s pro day. For a player of Gary’s profile, 19 tackles and a fumble recovery in his senior campaign, his candidacy for an NFL roster largely hinged on a strong pro day performance. With a big spring, he thought maybe he could catch on as a late-round draft pick or a free agent signing. The plan, no matter where it took him, was always to come back home when the NFL was through with Gary.

“Before everything hit, my agent and my coaches were telling me some teams were looking at me,” Gary said.

But that was upended quickly, as are most things amid the coronavirus. In March, SMU shut its doors to student-athletes as COVID-19 put an unprecedented halt to the sporting world. The NFL followed two days later as it canceled in-person workouts, pro days going along with it.

By the time the league canceled mini-camp, the time when free agents have a chance to get in front of NFL scouts, the avalanche of cancellations all but ended Gary’s plans before they even began.

“I knew [he] needed a pro day. That is just what happens when you are SMU when it is not necessarily the more known brand or program. Every bit of the process helps, whether it is mini-camp or rookie min-camp or tryouts,” Randall Joyner, SMU’s defensive line coach, said.

“The thing about the NFL is they are very picky at the next level. I saw him as a guy that could make a team,” Joyner continued.

Gary fought the trend as best he could. Joyner set up a socially distanced pro day in Midlothian, ran by a former SMU punter Ryan Mentzel who operates an athletic training center, to help compile Twitter videos of workouts. The lineman watched the NFL Draft with his family, every pick as he recalls, and signed with a Dallas-based agent. But no team called.

“I don’t think my phone has ever been that charged in my life.” Gary said. “… I mean it was a sad day. I remember very vividly that night never getting a call. I put my phone down, walked down the street, and just thought. You think about yourself as a kid, working out and training.”

“I wouldn’t say heartbreaking, but you are in pain,” he said.

The Road Back Home

Accepting his playing career was over didn’t take long. It couldn’t, waiting and time are a luxury. The pressures of money and logistics hit hard.

Gary moved out of his SMU apartment in March while he continued working out to cut costs. He moved in with his brother and started his own fitness company called Fit ACT10N to make money where funds when dry. He went back to Kimball High School to use the facilities to work people out, always with a $5 despot per session.

“There were moments when I thought God was testing me to see if I truly trusted him. There were several moments [where it was rough],” Gary said. “But you know I have never been out here hungry, without a roof over my head or without somewhere to sleep.”

Each day he called college coaches to check on graduate assistant positions. He would walk into high school offices to interview for jobs. Anything he could find.

Sonny Dykes and Joyner were first on the list when he cycled through coaches. As a result of COVID-19, where athletic department budgets have been thrown into chaos, coaches called him back one-by-one to say the spots were gone.

“We tried to work something out for him, but everything with COVID [made it hard],” Joyner said.

Ironically, high school is what gave him a lifeline. The place he had always wanted to come back to extended him an offer, just a little bit sooner than he had imaged.

“I think this is my bigger calling. I kind of declined it at first. I [thought] I wanted to go to college… It all kind of came back around,” Gary said.

The Homecoming That Was

Two weeks ago, Gary walked into his new North Crowley coaching office. Panther Stadium, where North Crowley plays its home games, is located about a 40-minute drive away from James Jones Stadium where Gary played his high school games. That field was only recently renamed after Jones, the legendary Kimball coach.

There is a lesson in that stadium for Gary. Everyone in the Dallas area has a story about Jones, a symbol for uplifting the community. Gary wants to be a similar authority.

A lot of his new job, even if he didn’t originally plan for this path, will allow him to do that. He will be coaching, and teaching, in a community that has dealt with the structural inequalities that have come to the forefront with the coronavirus and the Black Lives Matter movement. 51% of students at North Crowley are economically disadvantaged.

“That was one of the reasons I took the job at North Crowley. They look like me,” Gary said. “I know the influence of a Black man coaching because I had that. We need more African American men in our schools.”

“He will be that coach to countless young men,” Scott Nady, SMU’s community relations director and special teams analyst, added.

When he was playing, he would routinely visit his high school to tell kids there was more to life than football, there was a way out of Oak Cliff. He just recently started a podcast series called “What’s Your Story?” to uplift voices in his area of the world.

The road ahead for Gary, on a personal level, still has a way to go. He hasn’t ruled out coming to SMU one day, maybe soon, when those graduate assistant positions open back up. He also thinks there may still be some residual pain when football comes back and he is not playing.

But, for now, he feels he is right where he should be. His new life is starting. He paid off his car and in a couple of weeks, if high school football happens, he will stand in front of a group of defensive linemen and do what he has always done: build programs.

After all, building programs has become his thing. He did so at Kimball, SMU and now North Crowley. The Panthers need it, as the program is 7-23 since 2015.

Said Gary, “I think this is my bigger calling.”