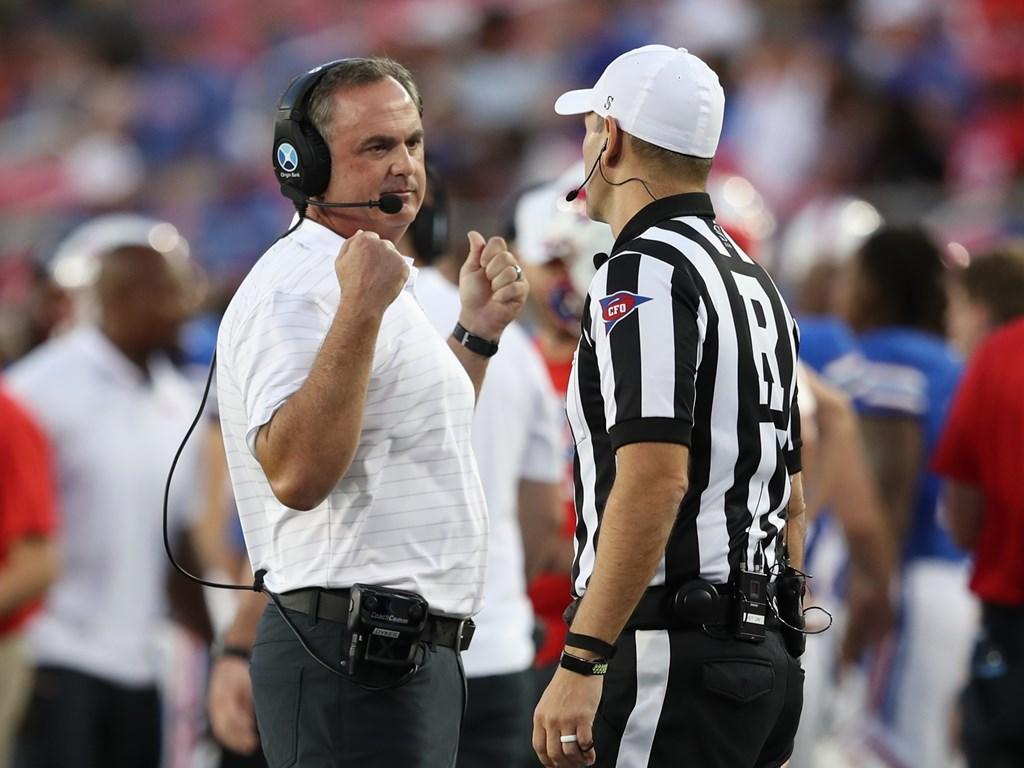 UNIVERSITY PARK — Sonny Dykes talked with his team about the TCU job Sunday.

The fourth-year head coach, who has declined to address coaching rumors during the past five weeks, did not reveal his plans to his team, despite reports that he will accept the TCU position as soon as next week.

“There was enough noise where it became necessary,” he said Tuesday. “So I talked to them. That’s what we have to do, you know, as coaches. The good thing is we’re always truthful with each other.”

Senior offensive lineman Hayden Howerton said Dykes emphasized focusing on the Tulsa game. He said the coaching rumors have been difficult to ignore, causing him to delete Twitter.

“He just told us that his [first] priority is beating Tulsa this weekend,” Howerton said. “Like anything goes, at the end of the year, we’ll just see what happens. He didn’t give one way or the other and I’m okay with that.”

An upperclassman, who asked not to be named, said it has become “harder and harder” to focus on football during the past five weeks.

Howerton agreed, but said he appreciated Dykes meeting with the team about the TCU rumors.

“At least he was honest with us,” Howerton said, “About not lying and being like, ‘Guys, you know, this is what [it is]’ I mean, he’s got to look at his options, and, you know, being a fifth year, I don’t blame him either way.”

TCU fired Gary Patterson on Oct. 31 after an 31-12 loss to Kansas State. Patterson’s team had struggled with the Mustangs, losing the past two meetings, including an 42-35 loss on Sept. 25.

Patterson hired Dykes as an offensive analyst before Dykes got the SMU head coaching job. Dykes’ relationship with TCU has made him an obvious candidate to fill Patterson’s position and was widely reported to be a frontrunner for the job.

Dykes declined to say if he was leaving for TCU on Tuesday.

The Dallas Morning News reported SMU is preparing for Dykes’ departure and has candidates lined up to replace Dykes if, or when, he leaves. Former SMU offensive coordinator Rhett Lashee is reported to be a front runner for the job.