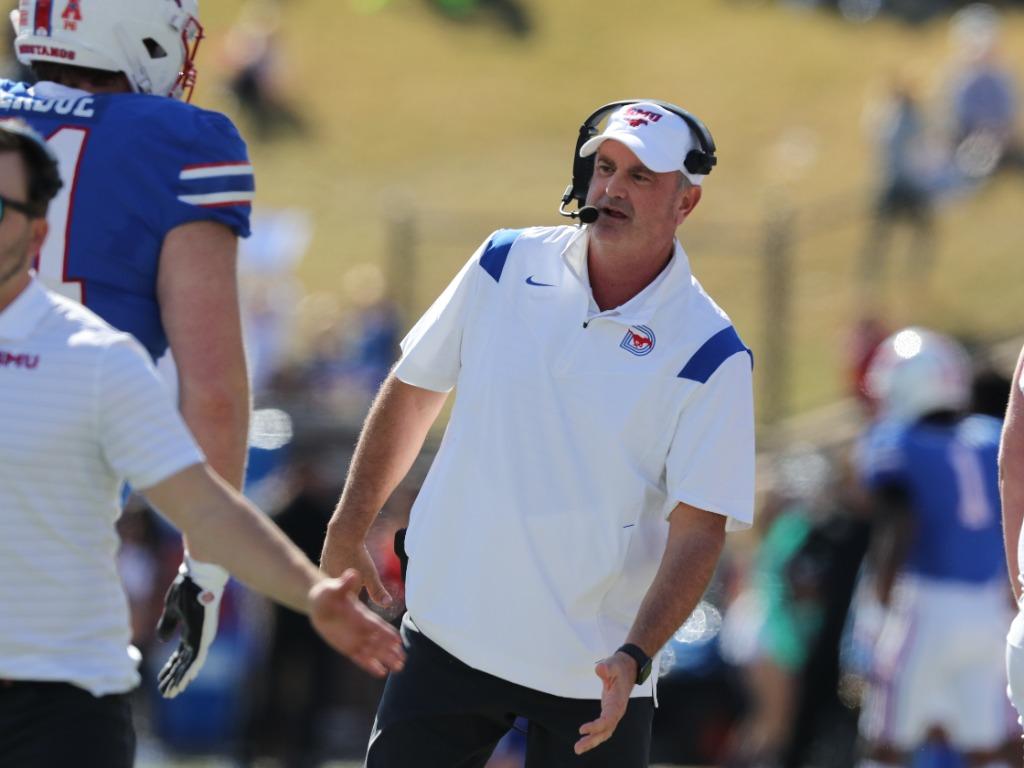 UNIVERSITY PARK — What a difference three weeks can make.

Dykes seemed certain to leave SMU for Texas Tech or TCU in late October. Two losses and a fall from conference championship contention and the Associated Press rankings in the past three weeks have quieted the rumor mill.

The change in fortunes has not left him emptyhanded. Dykes said he is close to finalizing a contract extension with SMU this week.

“We’re just getting some details kind of, you know, finalized. See where it goes,” Dykes told The Daily Campus.

Dykes said there was no timeline for when he would make the decision about his coaching future. However, that timeline may not be up to him. TCU indicated it wants to fill its vacancy by December. The end of SMU’s regular season is in two weeks.

“Not really,” Dykes said if he had a timeline. “I mean, typically these things happen in the offseason or whatever. Sometimes it takes months to play out.”

Multiple sources in the athletic department confirmed contract extension talks between SMU and Dykes warmed since SMU’s 28-25 loss to Memphis on Nov. 6.

It was SMU’s second consecutive loss and it played into the narrative Dykes has been unable to win late in the season.

SMU, despite winning 25 games in the last two and a half years, has not finished a season ranked. Dykes’ teams have also not appeared in a conference championship game.

Following the November loss, Dykes’ name diminished in cache, according to multiple sources. Around that time, SMU and Dykes made inroads in the contract extension talks that had simmered for weeks.

According to Sports Illustrated, SMU made Dykes a seven-year contract extension offer weeks before the Memphis loss. The offer would have made him one of the highest-paid Group of Five coaches.

However, Dykes’ candidacy will likely be affected by his late-season losses. SMU plays No. 5 Cincinnati at 2:30 p.m. Saturday.