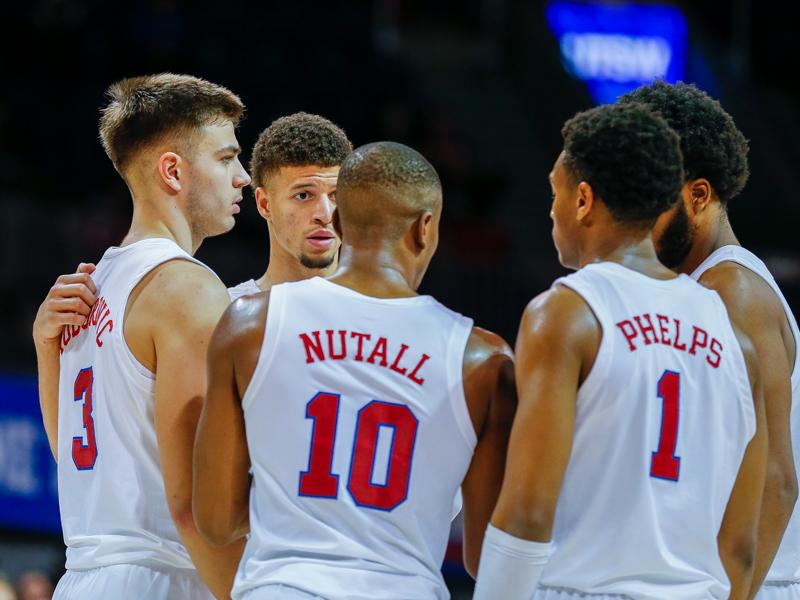 UNIVERSITY PARK — If there was ever a night to forget for this new SMU basketball team, it was Tuesday night when the buzzer sounded to end a beatdown for the Mustangs.

It wound up being a very grim kind of night for the Mustangs in a 84-63 loss to New Mexico, who is now 3-0 at the start of their season.

“Coming off a competitive road game, we’re a little bit disappointed in the outcome since we hoped our overall energy level and competitive spirit would show up tonight but it didn’t,” SMU head coach Rob Lanier said. “New Mexico did a great job of taking advantage of just that.”

From the start of the game, SMU gave up the ball and was unable to cope with the intensity New Mexico played with. By the end of the first half, the Mustangs were down 13 and had made less than half of their shots.

Coming out in the second, SMU put up more of a fight. But the Mustangs still lacked the necessary grit and focus to take down the impressive backcourt of the New Mexico team.

On a night where nothing went well for SMU, the Mustangs only managed to shoot a measly 35% of their shots and 31% from the three-point line.

“I thought we had a lot of good looks,” Lanier said. “ We had some point-blank looks sometimes, but we do have some guys that are still searching for individual confidence needed to make those shots.”

Zhuric Phelps finished the game with 16 points, one assist, and one rebound on 5-11 shooting. Senior Zach Nutall ended with 13 points, two rebounds and three steals.

The Mustangs now have a 2-2 record this season and have been handed their first loss at the Moody Coliseum. The team faces Evansville in Dallas on Saturday.