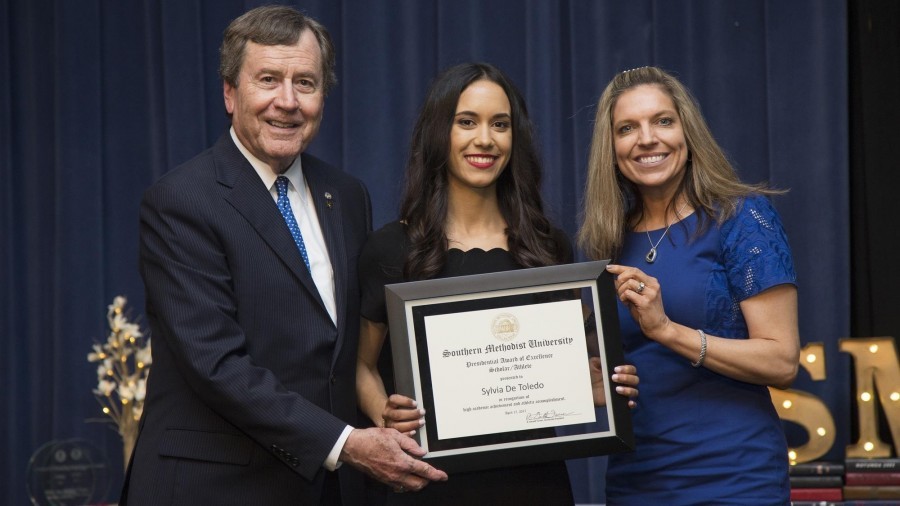 This year, Sylvia de Toledo was honored with the Presidential Award of Excellence. The New York native is a finance major and economics minor, maintaining an 3.96 GPA throughout her four years at SMU.

De Toledo has accumulated a plethora of athletic awards during her four years starting on the SMU equestrian team, including five NCEA All-America honors, three of them First Team honors.

In the ring, de Toledo earned four consecutive Equitation Over Fences All-America nods and an Equitation on the Flat honor in 2016. She finished her career with 70 career wins, a program best for SMU, and ranks second on the SMU All-time Most Outstanding Player (MOP) list with 14 honors.