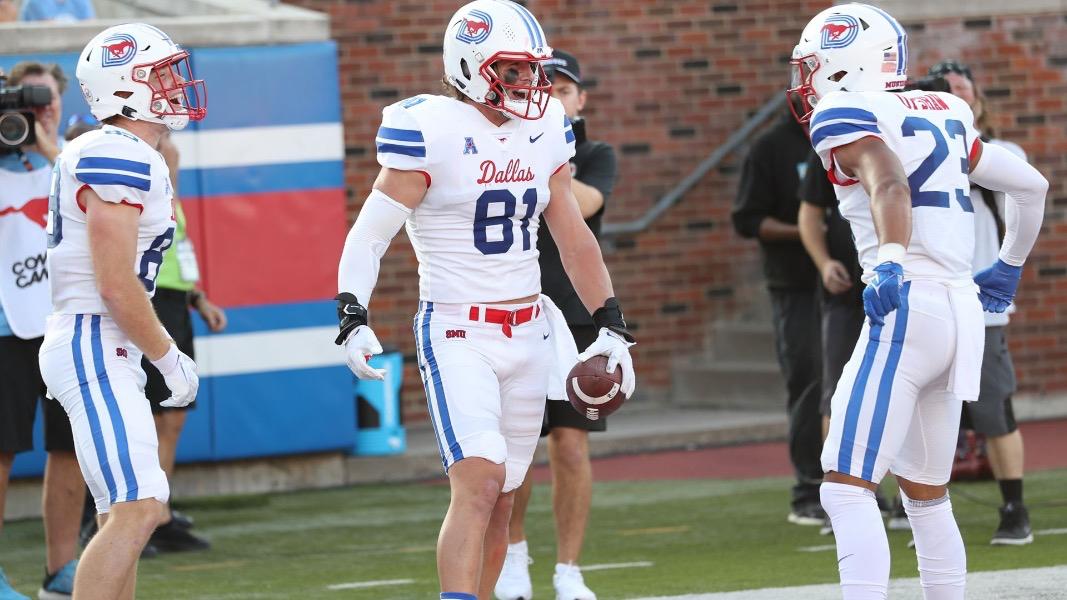 Tanner Mordecai, T.J McDaniel and Rashee Rice combined for 418 yards of offense and seven touchdowns, leading SMU to a 42-21 victory over Lamar at the Gerald J. Ford Stadium.

This Lashlee-coached SMU offense scored two touchdowns in less than a minute with two Tanner Mordecai throws to Rashee Rice and Ben Redding respectively, giving SMU a 14-0 lead at the end of the first quarter.

The second half was more of a battle, as both teams had success moving the ball, and scored 10 points each, but SMU went into the break with a 24-10 lead.

Lamar’s offence struggled to get going in the second half and was outscored 21-6 at the end of the half, including another Mordecai throw for a Rice touchdown, the second of two T.J. McDaniel scoring plays, and a late Preston Stone touchdown.

McDaniel finished the game with 96 rushing yards and two touchdowns for SMU. The first was a 56-yard run, McDaniel’s first touchdown since his recovery from an ankle injury in 2020.

“I really cherish that 57-yard touchdown, really because it was my first touchdown in two years,” McDaniel said. “As I’m running into the endzone, it was pretty overwhelming, when its happening in real-time.”

Mordecai was 18-31 passing for 212 yards and three touchdowns, and continued the impressive partnership he has developed with Rice, who caught two of those touchdowns. Rice completed nine catches and ran for 132 yards.

Velton Gardner had 100 yards rushing on 11 carries for SMU.

SMU’s first home win takes them to a 2-0 record, as they face Maryland away on September 17.