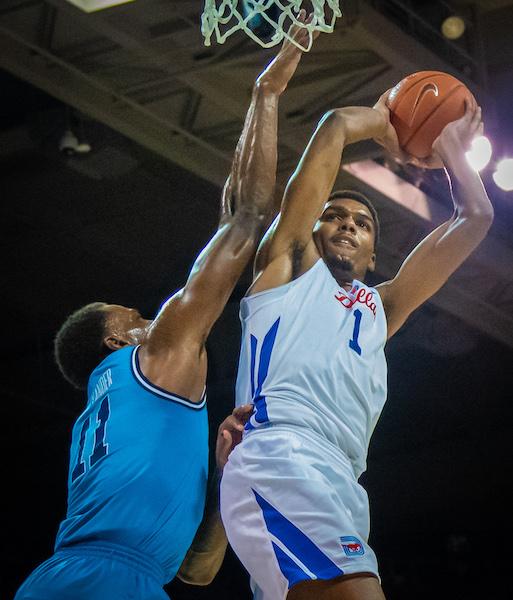 On Tuesday night, SMU sophomore forward Feron Hunt declared his intent to enter the upcoming 2020 NBA Draft in a tweet.

The DeSoto, Texas, native averaged 11 points this season. His season-high 23 points came against Connecticut in February. Hunt shot 8-9 from the field and 5-6 from the line to secure the Mustang’s slight 79-75 advantage over the Huskies.

In his two seasons with the Mustangs, Hunt has contributed 572 total points, several of them in the form of crowd-pleasing dunks.

Hey @SportsCenter, we'd like to introduce you to @feronhunt11!

Hunt also found recognition for his consistent rebounding, averaging 6.4 rebounds last season and 6.7 this season. His season-high 13 rebounds helped lead the Mustangs to their 77-64 win over New Orleans last November.

After the American Athletic Conference championship and remainder of the NCAA post-season was cancelled due to COVID-19 concerns, it is uncertain how the NBA Draft process will continue. The NBA Draft is currently scheduled for June 25, 2020.