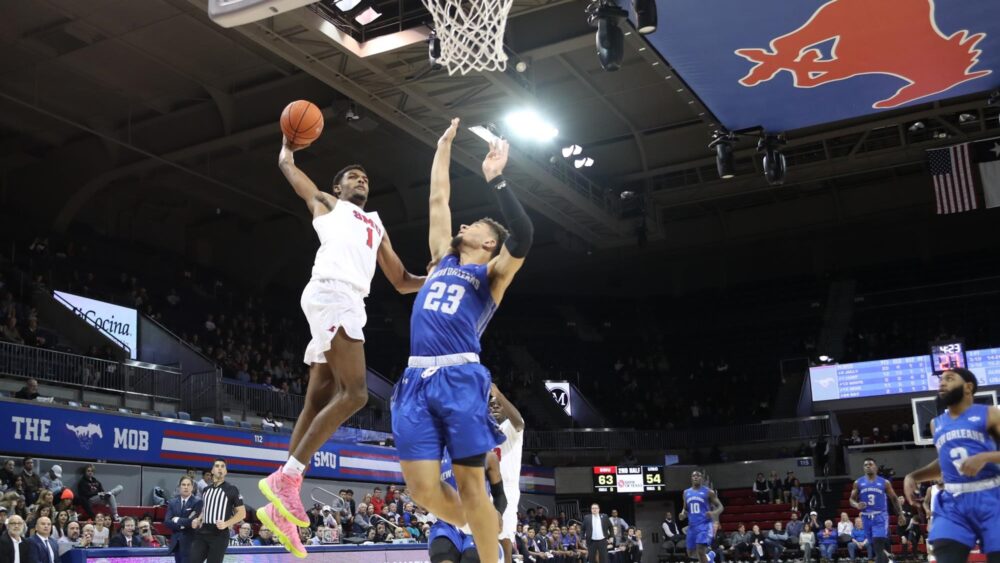 He averaged 7.6 PPG and 6.4 RPG his freshman year. His sophomore year he upped his scoring to 11 PPG and kept similar rebounding numbers. This past year, his numbers were similar.

He declared for the draft after his freshman and sophomore campaigns.

The Dallas native is a product of DeSoto High school.

NBA Draft Room projects him as a “possible role player at the NBA level.”