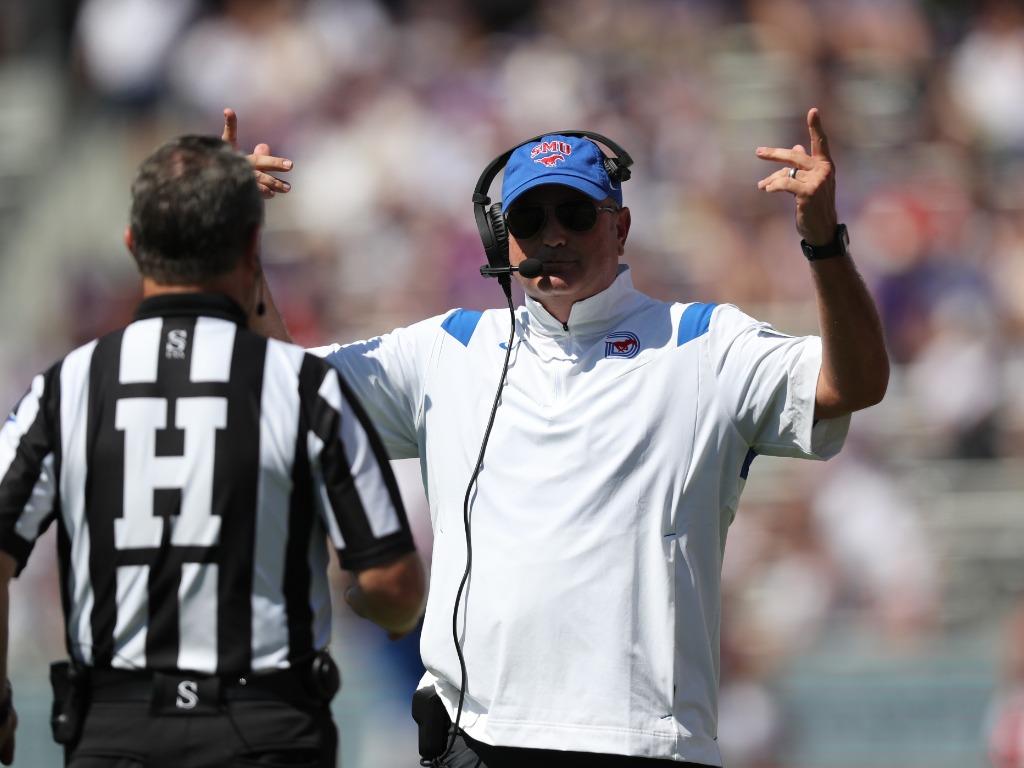 But by mid-day, the placid scene of a head coach inquiring about the holidays was replaced by a mass-exodus scenario from SMU’s program.

Hudson and Biddle were the headliners of SMU’s best recruiting class since The Death Penalty. They were also SMU’s highest-rated, non-quarterback recruits in decades, per 247sports.

The combination of Dykes and associate head coach Ra’Shaad Samples were main influences on why all five of these high school players committed to SMU, especially Hudson and Biddle.

So, the nearly synchronous de-commitment, according to multiple sources, could be a clear sign of Dykes’ and Sample’s future.

Dykes, per multiple reports, is believed to be leaving SMU to take TCU’s head coaching position as early as next week.

Samples, who has earned the reputation as one of the best recruiters in Texas, is receiving interest from the University of Texas, Texas A&M and other Power Five schools to join their staff.

Samples in particular was the main recruiter for all five players who de-committed on Wednesday.

On Saturday, SMU lost to Cincinnati 48-14, the worst loss of the Dykes era at SMU. It was also SMU’s third loss in the last four games as the program has gone from inside the top 20 to unranked in every poll.

On Sunday, Dykes addressed the team about the numerous reports that said he would be leaving for TCU. Dykes did not tell the team whether he would stay or go, but committed himself to coaching SMU’s final game of the regular season this Saturday.

SMU senior Alan Ali admitted that the reports were a “distraction.” Another upperclassman said it had become “harder and harder” to ignore the reports as SMU has slogged through the end of its season.

One thought on “Five recruits ditch SMU in the span of hour, sending potential message about Dykes’ and Samples’ future”