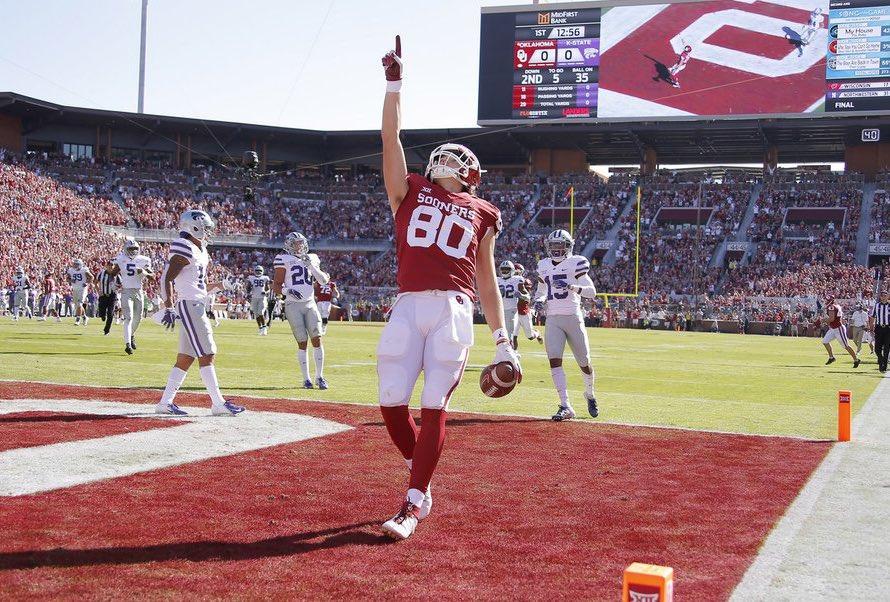 Former Oklahoma tight end Grant Calcaterra announced he will be transferring to SMU next season, ending his previous medical retirement from college football.

Presumably, the Oklahoma graduate will take over the starting tight end position in 2021 after former starter Kylen Granson announced he would be leaving for the NFL Draft last month.

“I can’t wait to prove myself again,” Calcaterra wrote on Twitter this afternoon. “Let’s ride.”

Calcaterra’s path to SMU has been staggered to say the least. Just weeks ago, Calcaterra announced he would be transferring to Auburn to finish out his remaining year of eligibility.

A year prior to that, Calcaterra retired from college football altogether due to a build up of concussions.

Medical professionals and team doctors at Oklahoma determined his last concussion, which occurred during a practice in October of 2019, put him over the threshold for being able to play football safely.

“I spent countless hours with medical professionals from across the country… this has been the hardest decision of my life,” Calcaterra said back in 2019.

At Oklahoma, Calcaterra was a starter and a big piece of the 2018 Big 12 championship team. As a sophomore that year, the California native recorded six touchdowns, 26 catches and 396 yards. He made 11 starts in 14 games, including in the Final Four appearance Oklahoma made against Alabama.

“He’s one of those guys you want nothing but the best for. And he clearly wants to play again. That’s not really a surprise knowing him,” Lincoln Riley, Oklahoma’s head coach, said last month at a media availability.