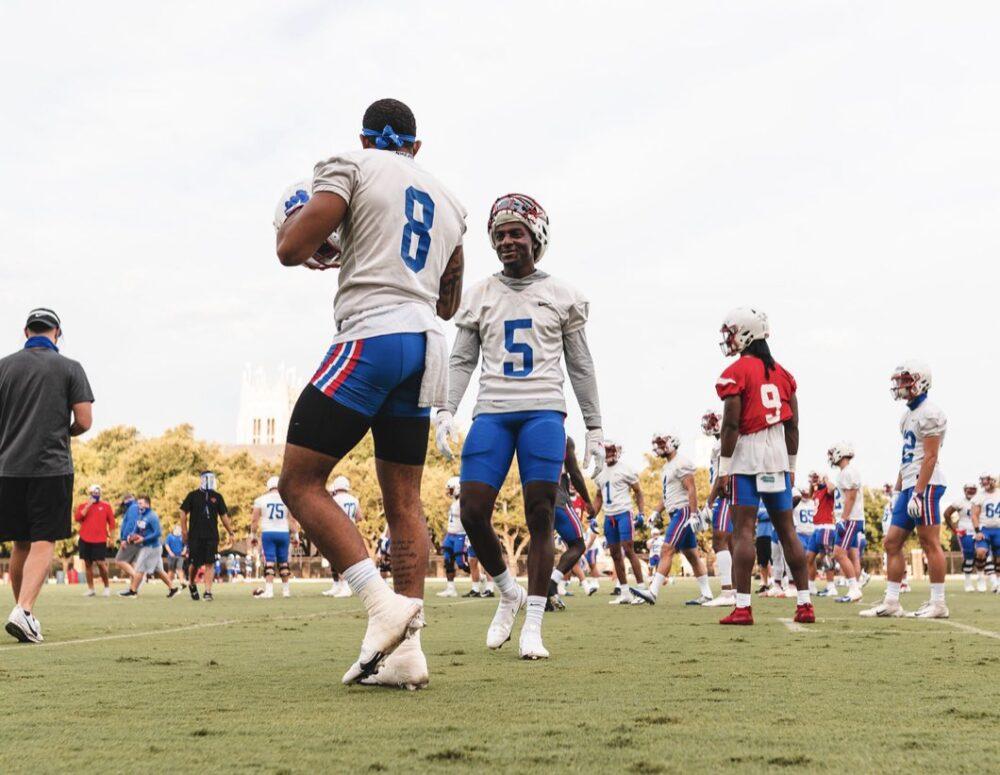 Danny Gray will play on Saturday after injuring his right wrist against Cincinnati last week.

Sonny Dykes commented on Gray’s injury on Monday in a media availability.

“He fell on his wrist, sprained it, and had X-rays, which were negative. I think he’s just dealing with some soreness,” Dykes said.

Dykes also mentioned that he practiced with the team on Sunday. Dykes expects him to be fine as he continues to practice this week.

Gray left the game on the final play of the third quarter last Saturday. Trying to find a first down, Gray couldn’t handle a pass from Shane Buechele. Gray hurt his wrist diving to the ground. Gray had just four catches for 11 yards on the night in a blowout win by the Cincinnati.

Gray is a valuable offensive weapon for the Mustangs, who struggled to put up points on the board against Cincinnati. Dykes has called Gray the “fastest college football player he’s ever seen,” and recognizes the newly recruited JUCO transfer as an essential part of the team. With Reggie Roberson already gone for the season, Gray was stepping attempting to fill that role. In Week 7 he averaged 26.6 yards per catch, good for third highest in the country.

Gray looks to recover from his sprained wrist and play against Navy on Halloween night.