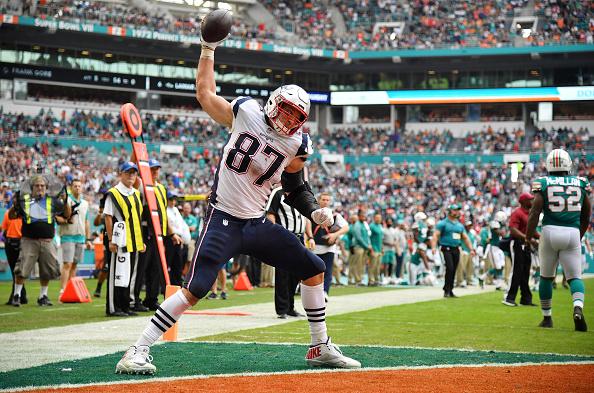 The name Rob Gronkowski is typically associated with Super Bowl wins and impressive offensive blocking on the football field. After the football star’s recent appearance on Jimmy Fallon’s “The Tonight Show”, fans anxiously await his decision on whether or not to retire from the NFL for unorthodox reasons.

Another Super Bowl has come and gone with the Patriots taking the Lombardi trophy back to New England, again. Along with celebration festivities comes the $69 million dollar question for players like Gronkowski. Is it time to retire?

For the Patriots’ Pro Bowl tight end, taking off the helmet and pads for good could end with a transition from the gridiron to a new playing field: Hollywood.

Host Jimmy Fallon said to Gronkowski on Tuesday night’s “The Tonight Show” that there is “buzz everywhere that you’re going to be the next Hollywood action star.”

Movie producer Henry Penzi shared with NESN’s Marcus Kwesi O’Mard that Gronk’s acting-career prospects are high as the next action-movie superhero star. Penzi even went as far in an interview to parallel Gronkowski with the likes of Arnold Schwarzenegger and Sylvester Stallone.

The tight end got his start as an Arizona Wildcat, playing under the leadership of SMU’s current football coach Sonny Dykes. According to Dykes, Gronkowski is a special guy.

“That was probably the most fun I’ve ever had as a coach because of the versatility of Robbie,” shared Dykes with Sports Illustrated’s Bruce Feldman.

While most of his memories highlight Gronkowski’s impressive ability to block and open up the offense, there is no denying that his electric personality and versatile skill set contributed to an enjoyable coaching experience.

Whether or not he chooses to acknowledge it, that versatility could pay off even more for Gronkowski on set in the near future as a Hollywood star.

“Would you be up for that?” Fallon asked Gronkowski.

“First off, I got to see where I’m at. Right after a season, you can’t make a decision,” said Gronkowski on last Tuesday’s show. “You got to settle down, you got to see how your body responds.”