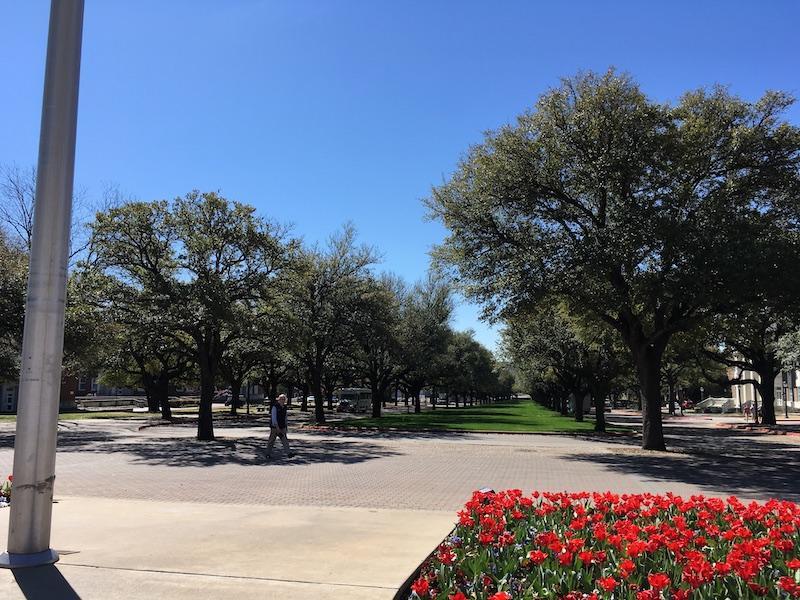 So, I almost rushed. However, Fraternity and Sorority Life didn’t take too kindly to my part-time student status and my wonky transfer credits and by the time that I was finally eligible to rush, I simply didn’t care at that point. I was already doing enough. Why would I use my parent’s hard earned cash to do more? I already pay tuition at SMU.

I know I have little stake in the Student Boulevard as a non-Greek student. I usually make a mad dash to whatever fraternity tent has the least amount of people dancing and yelling, grab a Coors Light, and head to The Tent for all students. But as your hard-working Dedman Senator, I have been trying to tell all of you since Nov. 28 through a Spongebob meme I made for Methodist Memes for Southern Teens that your tents are going to be moving to Mustang Mall. And it took a campus-wide email months later from the Athletics Department to get most of you riled up? And now there’s a petition that’s absolutely futile because ultimately the big wigs are going to call the shots in the end? Well, I still signed the petition just in case they would actually listen to students.

I still have some solid boulevard memories as a non-Greek student, but I can only count on one hand the times I actually watched the game. The time that I watched a portion of it from a fraternity off-campus house on a television during the White Out thunderstorm of 2018, only for the boys to turn it off to play Fortnite doesn’t count. I get where the Athletics Department is coming from, they want our fans to see that the student body actually cares about our football team and our brand. That matters for a university trying to make as much money as they possibly can.

When I was tabling the other day in Fondren Library, taking the concerns and suggestions from slightly ticked off students, one conversation stuck out in particular to me. A student came up to me and said, “My dad is an alum and goes to the games. It’s really easy for me to interact with both alumni and students because of how close those two sections of the Boulevard are. What will happen when the students are further removed from the alumni?”

What will happen when the students are further removed from the alumni?

Her comments and concerns resonated with me.

As a graduating senior, my dad already jumped the gun and bought us season tickets for this coming fall so I could go back, see younger friends, connect with alumni, and possibly actually watch the games. You thought the blisters from my heels were already bad from the usual Dallas Hall Lawn Boulevards? Just wait until I’m hauling my feet from the Hispanic Alumni Tent by Bishop all the way over to Mustang Mall to see my friends that still go to SMU. On the bright side, because Mustang Mall is all brick, maybe my heels won’t sink into the grass the next time a game gets rained out.

There is a real concern I have as a future recent aluma with having the Student Boulevard further removed from the greater SMU community that comes together for the games. While student attendance to the games is clearly lacking, and the Athletics Department has detailed the great lengths they have gone to to get the student body to attend in their campus wide email, I can’t help but feel like something is lost when student and alumni interactions have the potential of being dissolved due to the changes to the Boulevard experience.

I can’t help but feel like something is lost when student and alumni interactions have the potential of being dissolved due to the changes to the Boulevard experience.

I don’t know all of the specifics when it comes to what’s being changed, as I am not a part of the committee that is overseeing those discussions, but I believe that only time can tell the fate of students and alumni interactions at the games. While I do predict interaction between the two groups will go down, the student body just kind of has to wait and see what will happen to the Boulevard when it’s actually in full swing. There are dedicated students that are working with the Athletics Department to oversee the coming changes, so there is at least some student input going on. Hopefully that student input will even make the Boulevard experience even better for people like me who don’t have to pay any dues.

On a final word, if you have any further concerns, talk to one of your Student Senate friends! We actually do something around here to help make the student experience at SMU better.