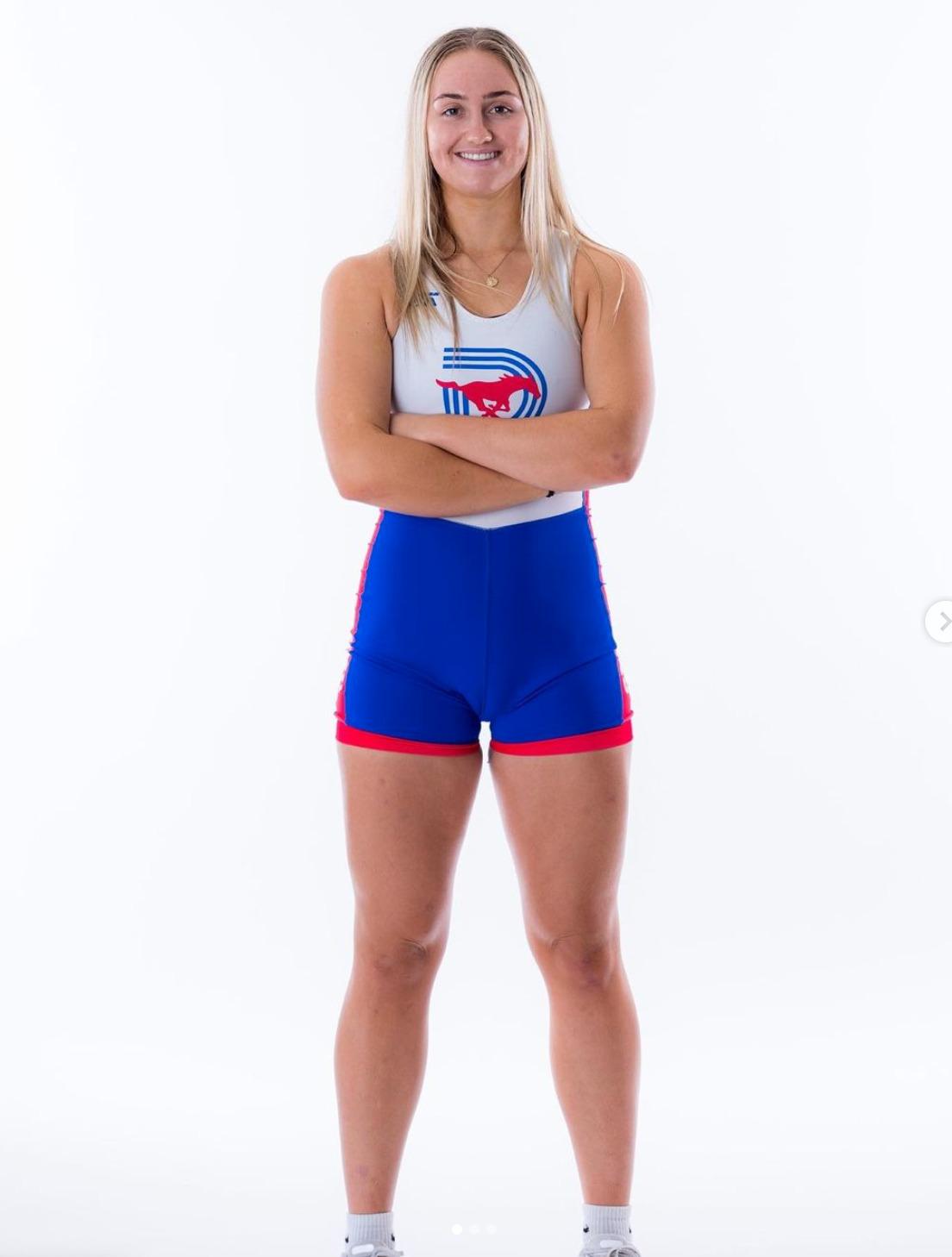 Editor’s note: This story was originally written in May 2022.

Sports have been a part of Victoria Franklin’s daily regime for as long as she can remember. She grew up playing competitive soccer in Brisbane, Australia and was recruited to take her talents to the NCAA Division I level at Southern Methodist University. She decided to join the women’s rowing team and live out her dreams as an NCAA Division I student-athlete.

In early 2020, Franklin’s everyday routine was disrupted again when COVID-19 cases skyrocketed across the United States. Classrooms bustling with energy turned into digital squares on Zoom and NCAA sports were abruptly halted.

Unable to get a ticket back to her home in Australia, she packed up her dorm room and headed to Florida to stay with her friend, all hopes of a conference championship for that season had been lost.

When she returned back to campus that next fall, she was faced with an altered reality- the new normal of playing a collegiate sport during the COVID-19 pandemic.

Alongside having to get tested for COVID-19 multiple times a week, new practice standards were also set in place.

“We had to wear masks in the training room and have ergs [machines used for rowing] 6 feet apart when training,” Franklin said.

Although it has been two years since the surge of the COVID-19 pandemic, feelings of uncertainty still loom and college athletic programs are still adapting to the changes and challenges brought upon by COVID-19.

According to the World Health Organization, in the first year of the COVID-19 pandemic, the global prevalence of anxiety and depression increased by 25%.

Ally Wade, Ph.D., director of mental health services for SMU Athletics, noticed a surge in new patients from the beginning of the COVID-19 pandemic to now.

“Especially for athletes, where your life is very regimented and very planned out, to have just this wave of unpredictability is incredibly stressful,” Wade said.

This disruption of a predictable routine and shift away from the norm was something that Franklin also noticed, especially in competition.

“COVID-19 disrupted the amount of boats that could compete at conference,” Franklin said.

The competition became much more cutthroat because only the top boats could compete in the conference tournament.

This cut in talent was a similar theme across all NCAA sports. In 2021 many sports had fewer teams in NCAA championships because of stricter COVID-19 protocols and an increase in teams opting out of their competition season.

The pandemic not only created a new normal for collegiate athletes like Franklin but also heavily impacted high school athletes and the recruiting process as well.

Sienna Gonzales, a sophomore who competed on the SMU women’s soccer team last season, was just a junior in high school when the COVID-19 pandemic began. Ever since she was 10 years old, she had aspired to play soccer in college at the Division I level, following in the footsteps of her older sister.

But when the pandemic hit in 2020, she was nervous about when competitions were stopped and college coaches were quarantined in their homes.

“It seemed impossible,” Gonzales said. “I wasn’t committed and everything was shut down.”

“Once COVID-19 hit I was unable to speak to them [the schools she was being recruited by] due to the dead period,” Gonzales said. “I ended up not going to any of those schools.”

Without the ability to interact face to face with college coaches, many prospects like Gonzales struggled with the recruiting process during COVID-19. As a result, many turned to online recruiting services and digital tools in hopes they would catch the attention of a college coach. 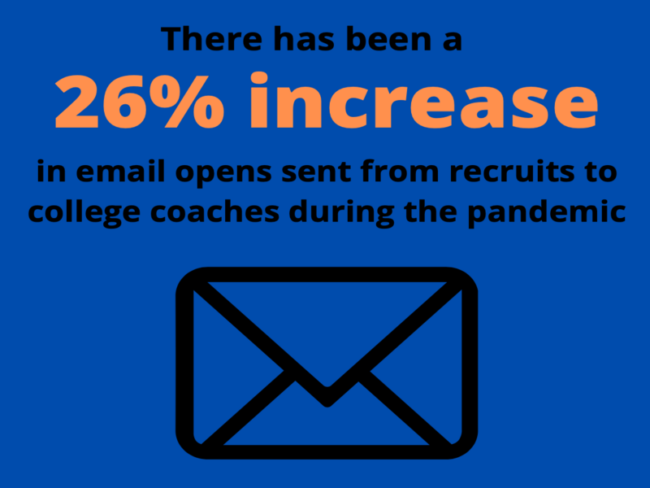 According to Next College Student Athlete (NCSA), a recruiting website where athletes can upload film and be recruited by coaches, in July 2020 there was a 26% increase in email open rates sent from recruits to college coaches during the pandemic, compared to data collected in July 2019.

As many high school hopefuls like Gonzales still yearned to be recruited to play collegiate athletics, digital communication became critical.

Bobby Brown, director of recruiting operations for SMU football, also turned to digital tools such as Zoom to connect with prospects.

“Thankfully we had Zoom and we were still able to have face-to-face conversations with one another and get an opportunity to build relationships through this platform,” Brown said.

Although there has been a return to pre-pandemic normalcy in terms of official visits and in-person scouting, uncertainty still lingers.

In 2021, a year after Franklin’s season was cut short, she and her team won a conference championship and was ranked 11th in the nation, a feat that has never been accomplished before by the SMU women’s rowing team.

She attributes a portion of this big win to her team’s diligence in following COVID-19 protocols set by the NCAA and the doctors at the SMU Health Center.

Now, just one year later, Franklin is currently preparing for this year’s American Athletic Conference Championships and is hoping to win back-to-back titles.

Although she no longer has to wear a mask in the training room and social distance during practice, she is still cautious.

“The rules have eased off,” Franklin said. “Everything else is fairly normal but we want to do well so we don’t put ourselves in positions where we could get sick.”