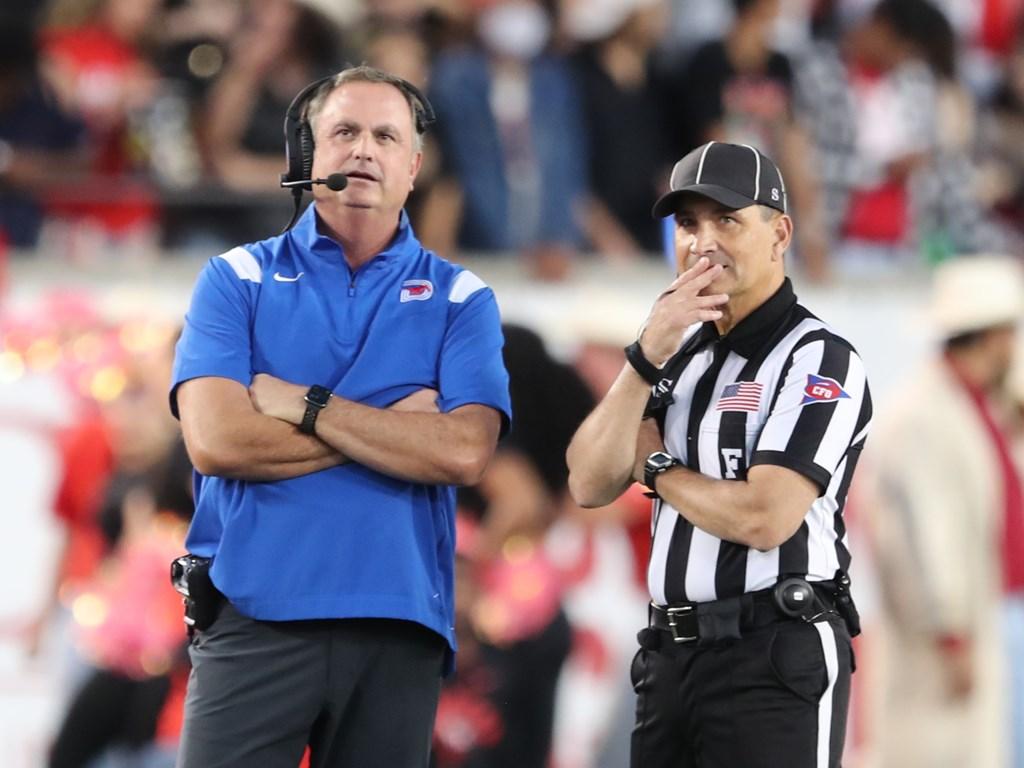 MEMPHIS — SMU head coach Sonny Dykes was asked after a 28-25 loss to Memphis if reports of his potential departure are starting to affect the team’s performance.

His answer, in short, was no.

“I don’t care about that stuff,” Dykes said. “I promise you there is not one person in that locker room that has thought one second about that or had it affect their performance, or my performance, or anybody else’s. To insinuate that is reflective of who insinuated that.”

Dykes’ name has been linked to jobs at Texas Tech, TCU and Virginia Tech. However, since those reports surfaced, SMU has lost two-straight games and fallen out of contention for the American Athletic Conference championship.

The Daily Campus was told this week it is more than likely Dykes will leave at the end of the season. However, that was dependent on his end of season performance and if SMU could overcome its poor finishes like in 2019 and 2020.

Dykes told reporters this week that he has not addressed the team about the coaching rumors. He asked team leaders if they felt he should address it. According to Dykes, they said no.

Sports Illustrated reported this week that Dykes has a contract extension offer from SMU on the table that would make him one of the highest-paid Group of Five coaches in the country. The report said the offer was made weeks ago, but Dykes has not signed it.