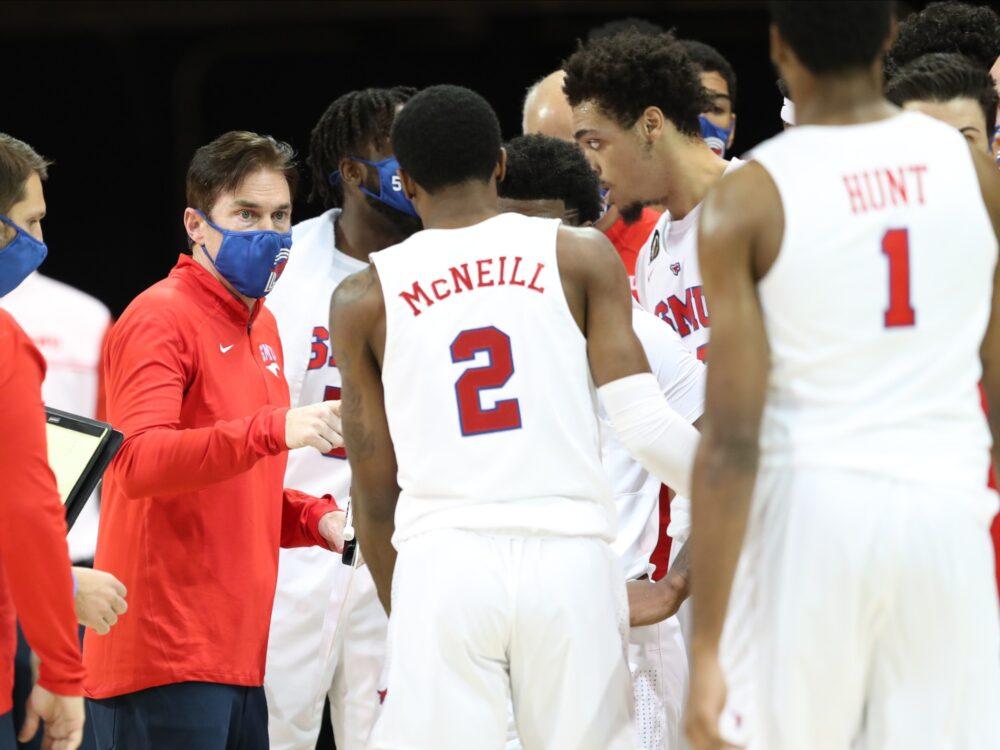 UNIVERSITY PARK, Texas — Darius McNeill was sitting at home this afternoon, waiting for his second basketball game in nearly two years, when he got the call saying he needed to come back to the arena. He had to be retested for the coronavirus.

The redshirt junior had already been tested earlier in the day when SMU went through its walk through. Protocols forced everyone to go home before the game, another attempt to limit exposure. McNeill had made a makeshift plan to go back to his apartment and prepare for the night alone, something he had never done before.

But, in 2020, even the temporary, cobbled together plans are subject to change.

“It is really too much going on. It was crazy when I got that call. But even when the game starts, you see people, but it is like a scrimmage. It is really hard,” McNeill said after SMU finished its homestand with a 102-75 drubbing of Houston Baptist on Wednesday night.

If any story could epitomize the first two weeks of college basketball amid the coronavirus, this pretty much sums it up. It has all the elements of what coaches and players have felt for the last nine days: the novelty, the discomfort and even the questioning of why this season is playing at all.

SMU wrapped up a three-game homestand tonight, but the biggest storyline after a 27-point victory and a 3-0 start fittingly had little to do with basketball. Most of it, now three nights into the season, is still about the players and coaches trying to make sense of a game that looks nothing like what the sport has ever seen.

The game itself, at least ostensibly the reason why the NCAA is forging forward with a billion-dollar apparatus amid a pandemic, feels “surreal,” according to SMU head coach Tim Jankovich. 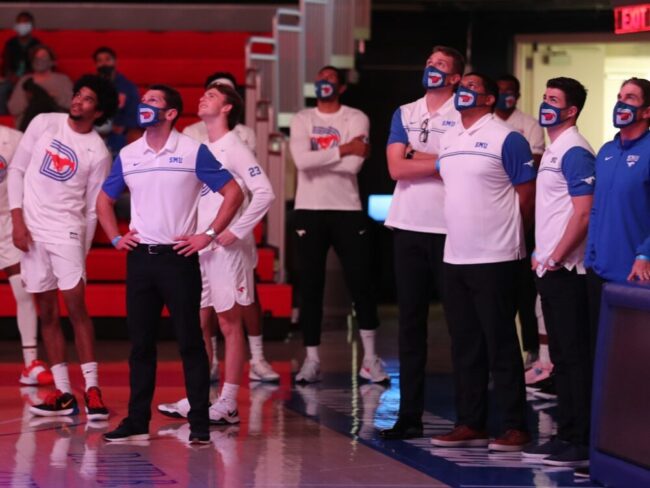 On the basketball side, at least tonight, SMU did what it has done the last two games. It beat up on a bottom-tier team in the nation in Houston Baptist.

But this homestand wasn’t about basketball. It couldn’t be when SMU scheduled Sam Houston State, Texas A&M Corpus Christi and HBU — all three teams ranked below 310 nationally in the Kenpom rankings.

The coronavirus, which decimated a nonconference schedule that once boasted the likes of Georgia and Arizona State, ensured that SMU will have to wait a little longer to find out about itself.

“You know, we can only take what we can see…. But we need a game like Dayton on the schedule (to find out more about who we are),” Jankovich said.

Instead, this opening homestand answered a different question: What would college basketball look like amid a pandemic?

And maybe this was the more important question to answer anyway as the sport embarks on a pitfall-laced marathon to March Madness.

What will be the toll of a college basketball season, a sport played almost exclusively in the months of December, January and February? Those also just so happen to be the same months that Dr. Anthony Fauci, the director of the National Center for Infectious Disease, has said it will be the hardest when it comes to the virus. 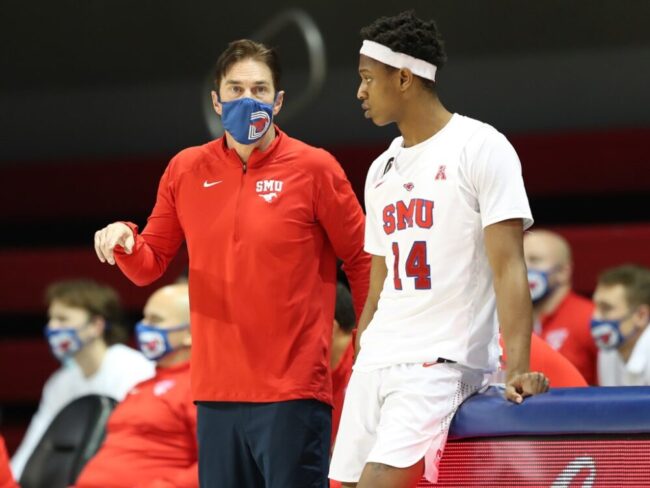 So far, the answer to how college basketball will fare is obvious. It will be weird. It will be hard. It will teeter on the edge of impossible.

There is the constant threat of a shutdown and postponement. Even as the game plays out, with Davis convening team huddles and the sweat dripping off of Isiah Jasey as he bangs for rebounds, there is an air of warding off the inevitable to all of it.

In college basketball, unlike in college football, a single positive test can shut down a team for weeks because of the fewer numbers on the roster. And in college basketball already, in the second week of this precarious season, the NCAA has already seen dozens of postponements or cancellations of games.

“It would take a crystal ball to know how many games we are going to play. Scheduling.. It feels like taking a knife to (my arm),” Jankovich said.

In the meantime, though, a game day experience is largely about preventing the virus from seeping into the program (even if that feels like a longshot). Coaches pull off their masks briefly and then push them back on as fast as possible, as if it can will the virus away.

Players have individual, assigned seats on the sideline. The first handful of rows are taken down so that the few fans allowed into the stadium cannot be close to any people within the program. When any player exits the game, they have a personalized box made up of their own water, towel and mask waiting for them. 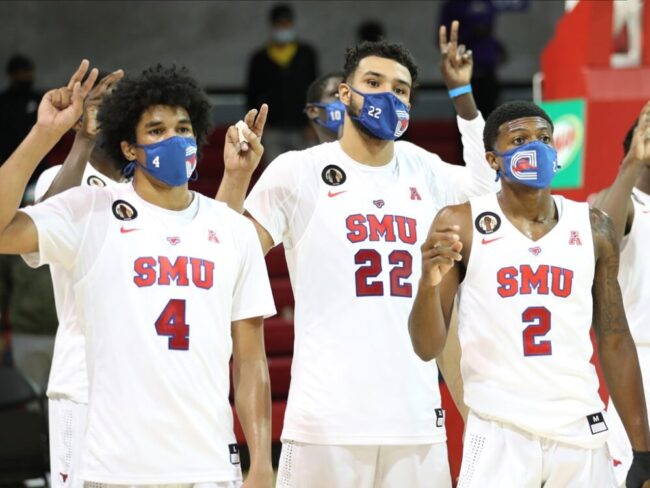 Of course, there is little SMU could do about the fans. Most are spaced out and are few and far between. Still, an usher comes around to tell people to pull up their mask from time to time.

“I feel sorry for the players,” Jankovich said. “I’m telling you, playing college basketball is an exciting thing. It is the time of your life. And to play in empty buildings, (even) if it is temporary.”

Whether this season finishes or not is anybody’s guess. Whether this season will be completed in full, with all the games played or made up, that ship has already sailed. All there is left to do now is wait and see in this unprecedented season.

“It is a little surreal. Surreal is the way to describe it. I would say the last seven, eight months have been surreal,” Jankovich said. “Certainly coaching college basketball in that environment falls into that category.”