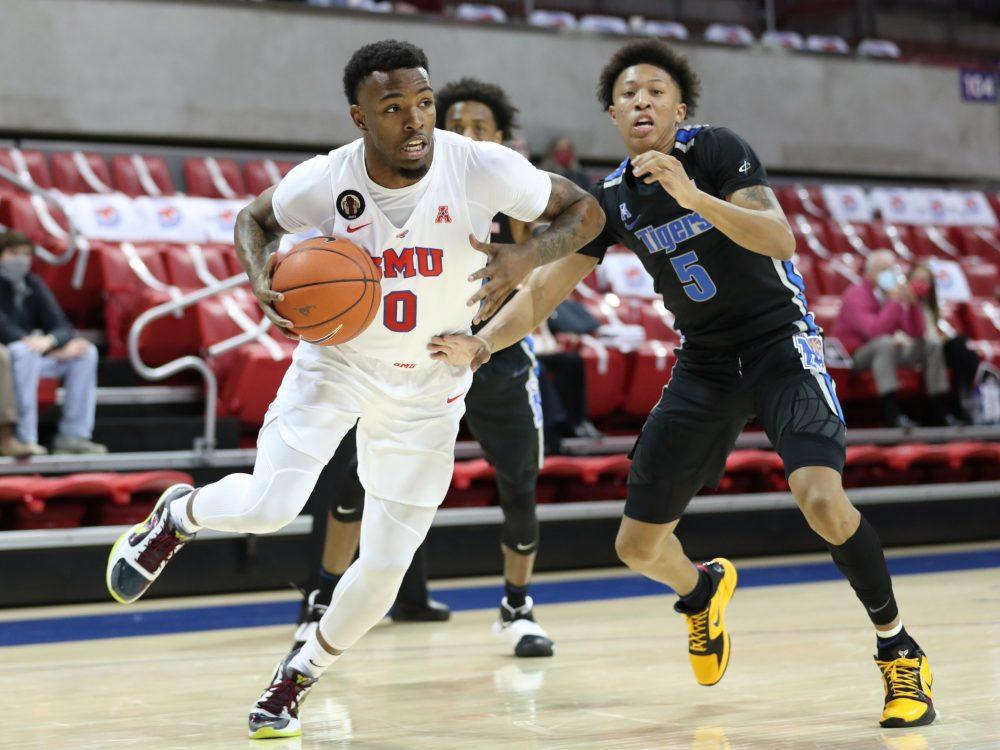 When the NCAA announced this fall that all college basketball players would be granted an extra year of eligibility regardless of the outcome of the season, Tyson Jolly took the time to do something he has never done: pause.

It is a rarity in college sports to be afforded the chance to stop and think. Jolly, himself the consummate college basketball journeyman, had been on the sport’s unending spinning wheel for years.

He had bounced around from Baylor, to Trinity Valley Community College and then, finally, to SMU. All the while, he never fully grappled with deaths in his family, among his friends and the piling up school work that accompanied his transfers.

So, in a year that has been marked by breaking norms, Jolly, too, bucked the tradition of an unrelenting machine of college sports. He stepped away from the team and missed the first nine games of SMU’s season.

“I was just overwhelmed. Trying to mourn the deaths. The deaths of my family and the deaths of my friends,” Jolly said on Thursday night. “I was trying to get my school work in order. I was really kind of getting down about a lot going on.”

“A lot of things I was holding in and I hadn’t had the time to let out. So I took that time,” he said.

Jolly returned to play in his first home game on Thursday, a 67-65 win over Memphis. But just because Jolly has returned, piling up starter’s minutes off the bench, he has not come back the same person.

It was on full display last night. Normally reserved and stoic in his answers, Jolly this time was surprisingly forthcoming and open about his hiatus and eventual return to SMU. He looked relaxed, methodically answering questions.

“I never really had the chance to spend time with my family… I took the time to mourn with [them],” Jolly said. “I spent time on my school work. I’m getting ready to graduate May 15.”

It has been a long three months for Jolly. For many games this season, he was not with the team. He wasn’t practicing and the coaching staff even suggested that he should take the year off to focus on himself.

On Twitter on Nov. 30, Jolly took to social media to talk about the “violence” that has been inflicted on his family and friends. He questioned through Twitter whether he would come back to SMU or not.

But Jolly reiterated that he wanted to come back. He felt as though he had the support in place. Family and friends urged the move.

Three weeks ago, he returned to practice. Last week, a road game against UCF, Jolly played in his first game.

“He looked happy. He looked better,” SMU forward Feron Hunt said. “He had been struggling there for a minute. We were just texting him, letting him know we were here for him and that we were his second family.”

There have been moments in the last week where Jolly has looked the part of being SMU’s all-conference player.

He tallied a game-high 15 points on Tuesday, keeping SMU in the game against Memphis on the road. Last night, Jolly came up with the key basket down the stretch to preserve SMU’s win. In his first game, he hit a key three-pointer to lift SMU over UCF.

His minutes have steadily risen, too. He made it clear, though, he is still getting his “wind” back.

But this is bigger than basketball for Jolly. He changed his Twitter name to “The Walking Miracle.” It is a symbol of what this recharge means to him.