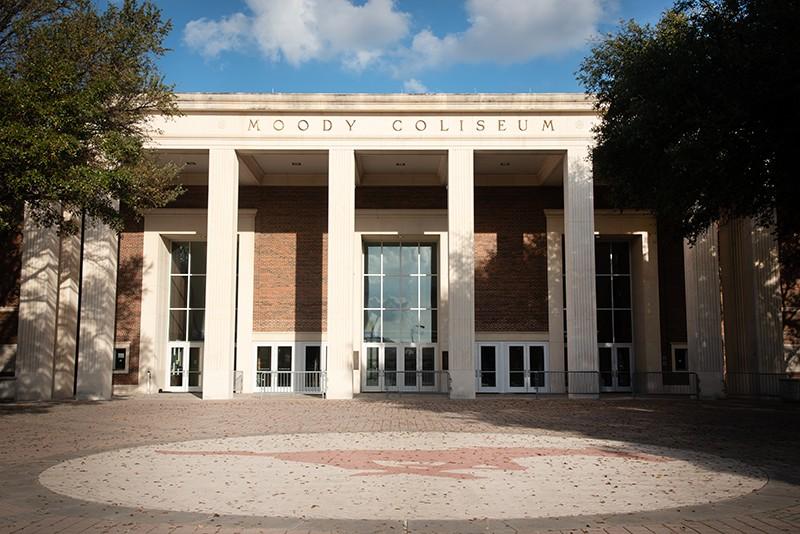 UNIVERSITY PARK, Texas- A collected confidence- that is a defining trait that describes Reagan Bradley. A player unafraid to place herself among SMU’s elite as a freshman, the point guard usually follows up her bolder statements with a laugh and smile.

It might be her way of letting people in the room understand she knows the gravity of the comments, but at the same time will not back off of them. The lofty goals of being in the same breath as SMU’s all-time best might seem brash to some, but that is until you get to know who Bradley is.

Truth be told, there is no reason why SMU’s 5-foot-8-inch engine should shrink back into the conventional place of a freshman. There is not much about Bradley that is confined to the typical box to which college athletics often relegates freshmen. Leading the team in minutes played, etching her name in the record books in her first year and receiving all-conference accolades, she is ahead of schedule, abnormal by nearly every metric.

So it was no surprise that minutes after Bradley jumped to No. 9 on the all-time single-season assists record at SMU against Memphis, her response was a mix of her humble confidence.

With her 126th Assist of the season, freshman Reagan Bradley has entered the SMU single-season top-10!#CongratsReagan #PonyUp pic.twitter.com/MlOEmWyJfz

“I take pride in my assists… It is just a huge accomplishment,” Bradley started by saying back in early March. “I knew coming to SMU I wanted to break records because I want to be the all-time leading assists [player] here [when I am done].”

Even head coach Travis Mays looked over at Bradley when she said that, but he too smiled at his freshman guard after it processed in his head. Part of the smile might have been the realization that Bradley wasn’t saying anything new. These expectations have been with her since high school.

“I wasn’t sure actually [if I could do this freshman year]. But about halfway into the season I was like, ‘you can start breaking these records.’ I just take pride in my assists,” Bradley admitted.

While Bradley herself said she only began to realize she had the chance to do something unique at SMU about halfway through the season, Mays must have seen this coming long before. Starting when SMU recruited the Arkansas native to Dallas, it was generally understood that Bradley would be different.

Honored as the Arkansas Women’s Basketball Player of the Year her senior season in high school, per the Arkansas Democrat-Gazette, Bradley has always carried her program since she stepped foot in a high school gym. A four-time all-state Arkansas player, she has never been one to wait behind seniority. And, just like the Mustangs want to see in years to come, her elevated role translated to winning.

Bradley led her high school, Little Rock Christian, to its first state title her senior year. In that run, she was the state tournament MVP and had games of 34 points in the lead-up to the state championship. That led to glowing praise from Mays on signing day.

“Reagan is a key piece to continuing to build a championship culture with SMU women’s basketball. Reagan is a leader and a proven winner. She is a true point guard that elevates the game of everyone around her,” Mays said in a press release when Bradley signed.

Now at SMU, it might be a similar build for Bradley. The Mustang program has not been accustomed to success of late, finishing middle of the pack to below-average in the American Athletic Conference the past three seasons. It took her four years in high school to climb the mountain. The Mustangs are hoping the timeline will be similar at the collegiate level.

For now, though, that is in the distance. Bradley, and the rest of her team, is just looking for the more incremental steps to measure growth. Things like not passing up shots or listening to fourth quarter defensive game plans are top of mind in the meantime- something she laughed about after Memphis nearly came back in the regular season finale. It is in these times that Mays is quick to remind people she is only a freshman.

“Lessons learned. [She] is only a freshman. You do understand that right?” Mays said of a fact that often gets lost amid the accomplishments.

Regardless of age, now with the freshman campaign over, SMU’s future largely rests on Bradley’s shoulders. It is a situation not uncommon to her, but one in which Bradley will have to thrive in if the program is to crescendo toward her senior year, just as it did in Arkansas.