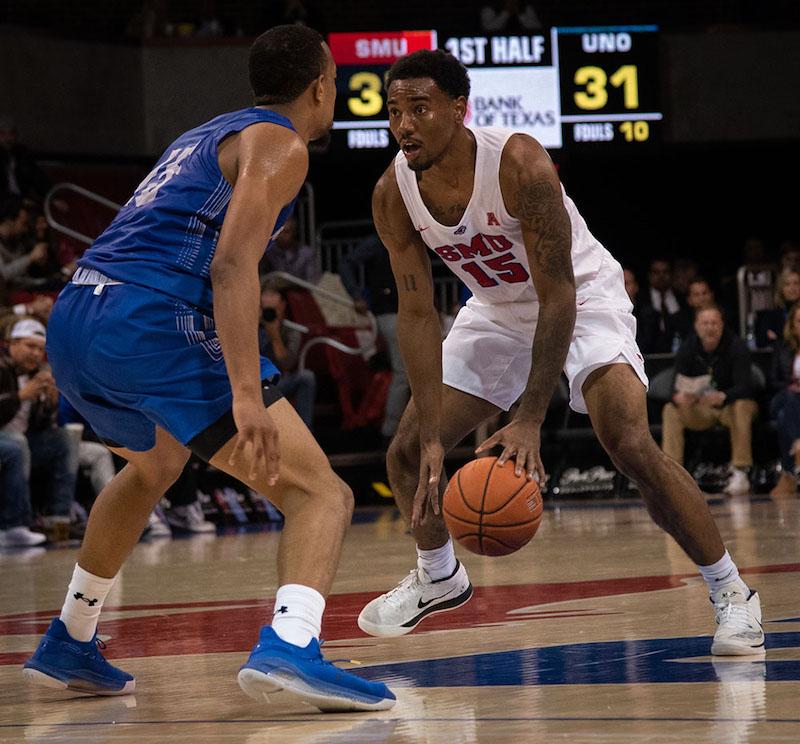 The final domino to fall for SMU basketball did so on Tuesday morning. Isiaha Mike announced he would not be returning for his senior season, electing to keep his name in the NBA Draft.

Mike, who would have been an anchor on SMU’s nearly unchanged roster from a year ago, has been in Toronto since the coronavirus pandemic ended the college basketball season on March 11. He has gone through the NBA Draft process remotely with his family, close friends and one-year-old son, Kamryn.

Mike averaged 14 points a game last season on 37% three-point shooting. In two years at SMU, after transferring from Duquesne following his freshman season, the 6-foot-8 stretch forward started all 62 games he appeared in while averaging over 30 minutes a contest.

“I have the opportunity to make my dreams become a reality and I couldn’t be more grateful,” Mike said in a Twitter post announcing the decision. “… I have decided to opt out of my final year of eligibility and pursue my professional career with representation.”

Although it was unclear for most of the process whether Mike would stay or leave SMU, the senior did not return to campus with the rest of the team on June 16. Mike was one of only two players to not show up for optional team workouts. The other player, CJ White, entered his name in the transfer portal on June 17.

“I am definitely going to test the waters this year for sure – just get some feedback. If the feedback isn’t what I want it to be I am planning on coming back,” Mike told The Daily Campus back in March before entering his name in the NBA Draft.

Mike has said he has been in communication with multiple NBA teams throughout the NBA Draft process. Unlike normal years, due to NBA health protocols amid the COVID-19 crisis, he was unable to have live workouts for teams.

The draft will take place in October.