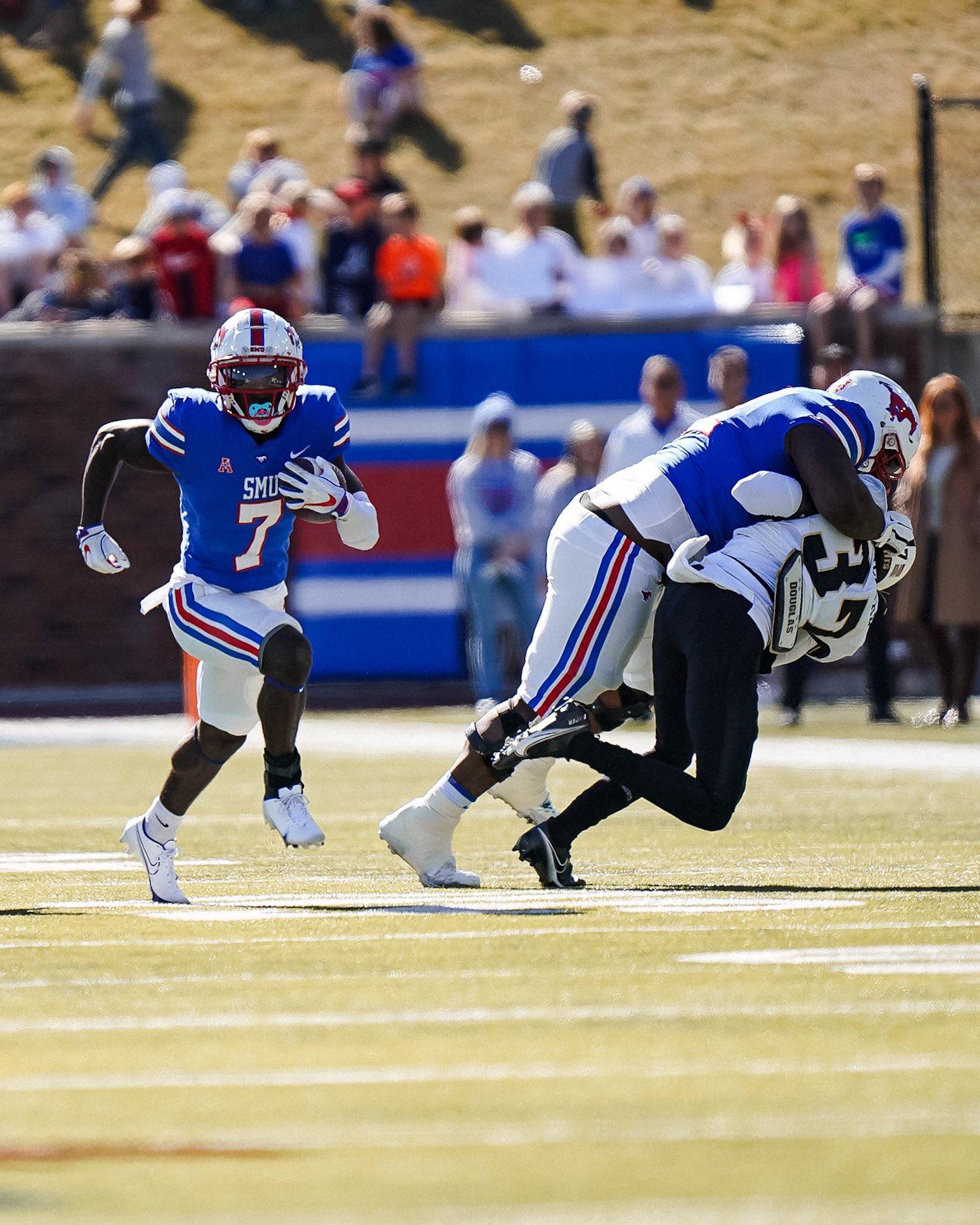 UNIVERSITY PARK, Texas — Ulysses Bentley IV said it with a growing smile across his face.

“It felt good, man,” Bentley IV said, talking about his 56-yard rushing touchdown where he cut back across the field, threw off a defender and scampered free into the end zone.

In truth, though, Bentley could have been talking about anything in SMU’s 55-28 win over UCF. Not just his first touchdown in over a month.

Because, for SMU, which had seen its season nearly crumble in the span of two weeks after falling out of contention in the AAC and hearing the ever-present noise of coaching rumors, this was a feel-good win.

Maybe it didn’t solve all the problems. Two losses are still on the ledger. Houston, on the same day, clinched a spot in the American Athletic Conference championship game that could have been SMU’s. But, at least for one day, things went well.

“After losing two games, you start to question things. It is good that our guys just came out and played exceptionally well,” SMU head coach Sonny Dykes said. “I think you saw us play with a bit of desperation.”

And the sentiment trickled down to just about every aspect of SMU’s win. Players that were struggling accounted for some of their best performances.

Tanner Mordecai, who had to deal with the chance that his backup would play, accounted for three touchdowns and 377 yards. He responded from an early fumble and interception, his tenth of the season, to break the single-season passing touchdown record at SMU.

After his last touchdown — a throw into double coverage to Reggie Roberson Jr. that gave SMU a commanding 45-21 lead — he ran off the field, hugged offensive coordinator Garrett Riley, and let out an unusual amount of emotion.

Mordecai, for as much as it seemed SMU wanted to play Preston Stone and get a head start of the future, never let SMU have a chance to take him off the field as the offense amassed over 600 yards and converted on a school-record 36 first downs.

Against a program like UCF, which had allowed three touchdowns combined in the last three weeks, it was a statement performance.

“I thought Tanner played remarkably well today. I think it all begins up front for us. When the offensive line plays well, our quarterbacks are more settled,” Dykes said, noticing a rebound from when Mordecai had a hand in two turnovers in Memphis last week.

“You know we were going to try to use [Stone] a little bit in some red zone situations during the course of the game. It didn’t play out kind of like we thought it would,” Dykes added about Stone.

The defensive secondary, too, had its best game in weeks. The combination of defensive backs Jahari Rogers and Bryce McMorris did not let up the big plays in the past that have buried SMU. The defense, in turn, came up with seven sacks and controlled the majority of the game.

Following a quick 14 points from UCF, which were set up by the two Mordecai mistakes, the defense did not allow a touchdown until early in the third quarter. It allowed the offense to build a 24-point lead and cruise from there.

A final turnover created by Turner Coxe halfway through the fourth quarter, a strip sack that gifted SMU the ball in the red zone, allowed the starters to come out of the game.

“I thought the secondary, the DBs, they played a hell of a game of a game. We would not have gotten those sacks without them,” SMU defensive lineman Elijah Chatman said.

There will be challenges ahead for SMU. Cincinnati, the No. 5 team in the nation, awaits one week from Saturday.

This also does not erase the last two weeks of play, that saw SMU miss out on the goals of winning the conference.

But, today, with revised goals and little bit of “desperation,” SMU did what it could to momentarily right the ship.

“Honestly, as far as goals go, we just try our best to get the win. We want to dominate at home and win on the road. And if we can do that, we are good,” Chatman concluded.