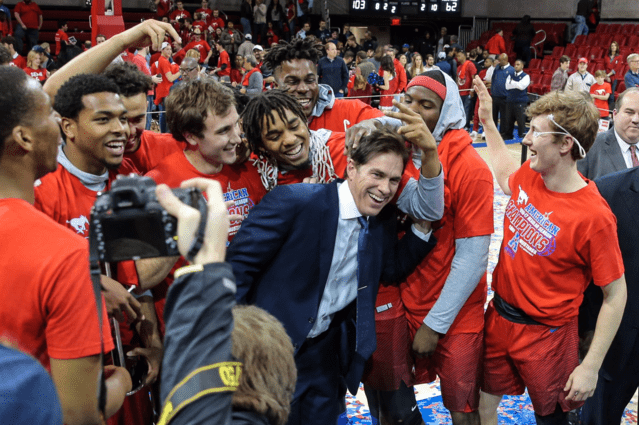 Head Coach Tim Jankovich was named the U.S. Basketball Writers Association District VII Coach of the Year. Jankovich led the Mustangs to an overall 27-4 regular season, 17-1 in the AAC. Jankovich is also a top-ten semifinalist for the Naismith Men’s College Coach of the Year award.

Jankovich coached the Mustangs to 13 straight wins, 23 out of the last 24 games. He currently holds the best winning percentage (.900, 36-4) by a NCAA coach at their current school.

Semi Ojeleye was named to the All-American Athletic Conference First Team. Ojeleye was also named to USBWA All-District VII and was The American Player of the Week twice. His performance in the classroom, in addition to the court, was recognized through his place on the CoSIDA Academic All-America second team, as well his place on the AAC Weekly Honor Roll six times throughout the season.

SMU will travel to Hartford, Connecticut to play in The American Championship quarterfinal round at XL Center on Friday at 12 p.m.