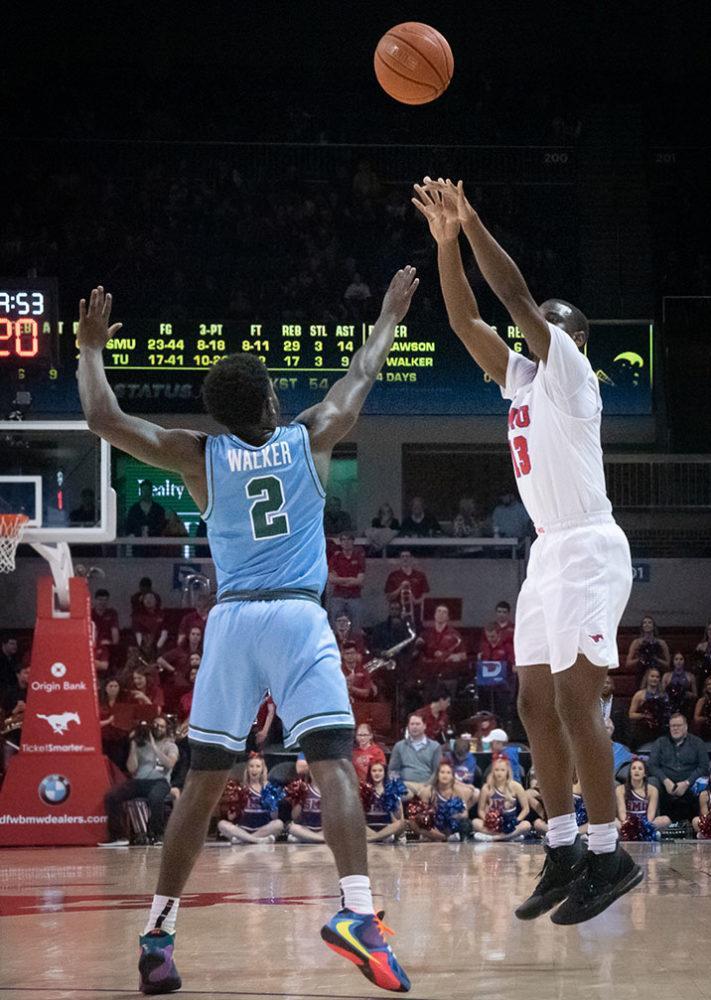 SMU junior guard CJ White entered his name into the NCAA transfer portal on Monday. The decision came on the same day as the rest of the team reported back to campus for summer workouts.

White, as of Tuesday morning, is the only player from an otherwise unchanged roster to leave the team. One of the main storylines heading into the 2020-21 campaign for SMU basketball was going to be roster continuity. Every scholarship player from last season was set to return until White put his name into the portal.

Last season, White was mainly a rotation piece in head coach Tim Jankovich’s system. While at times — like an early February game against Tulane where the sophomore played 29 minutes and scored 15 points — it looked as though White could potentially crack into a significant role, it was an up and down season. At the start of conference play, the 6-foot-5 guard fell out of the rotation and then saw his minutes hover in the teens down the stretch.

During his two seasons in Dallas, Jankovich praised White’s maturity. After White fell out of the rotation in his first season, Jankovich noted that he was not pleased with his response. But when it happened again this December, he was “proud” of how he handled it to return to a prominent role.

“I’m so proud of CJ, because he has shown a lot of maturity,” Jankovich said in January. “Honestly, (his freshman year), that was not the way he handled things. He’s a really good kid, but he handled it not as mature last year. … He got a little different look on his face at practice. He kinda sets his jaw. And all of a sudden, we reward(ed) him for it.”

Another reason why White could have decided to explore his options was the backlog at his position. White was already playing behind junior guard Kendric Davis and senior Tyson Jolly. This season, SMU will add junior Darius McNeill to the mix after the Cal transfer sat out last season due to NCAA transfer rules. Behind him as well, the Mustangs have a younger guard in rising sophomore Charles Smith IV who saw limited action his freshman year.

With White’s decision official, there is only one remaining unknown on the roster for 2020-21 for SMU basketball. After Feron Hunt announced on Twitter that he would stay at SMU, deciding against declaring for the NBA Draft, senior Isiaha Mike is the lone player to not have confirmed plans. He remains in Toronto going through the NBA Draft process and his decision to either stay in the draft or return to the Mustangs will likely come in a month.