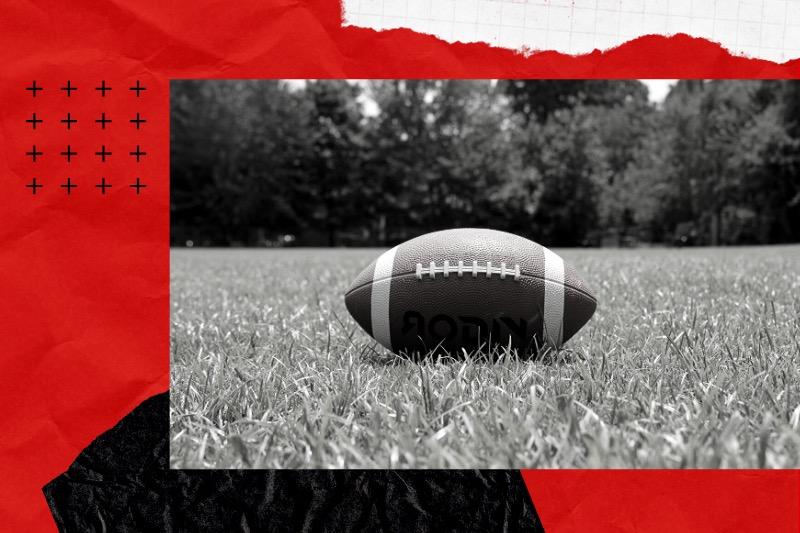 On the floor of a mostly empty Moody Coliseum, ESPN columnist Kate Fagan eased her way back and forth down the sideline as she spoke. The cover of her book “What Made Maddy Run” was plastered on the north side of the jumbotron above her, illuminating out over her audience of mostly student-athletes and administrators. Among those in attendance that night was Nicole Petchey, a junior from the women’s tennis team.

Fagan’s message, which had earned a spot on the New York Times bestseller list and a primetime segment with Trevor Noah, spoke to Petchey that night. Although Fagan would never know it, the stump speech on a book about the mental tribulations of sports was exactly what Petchey had experienced for the last year.

The London native, who had her schooling in South Africa, had just undergone one of the most tenuous years of her tennis career. What was once thought to be a simple case of strep throat morphed into mono, then strep throat again, and then a tonsil removal. Ultimately, the events cost her a part of her season and over four months out of commission.

For Petchey, what happened inside those four months was a part of the game she never had to contend with. In fact, it was never something she had even considered before. For athletes in all sports, however, the injured list is the dark underbelly of an industry that has a tendency to brush off those who can’t produce.

“I definitely think it took a toll (mentally),” Petchey said. “Tennis has always been the one constant in my life and I have never taken that long off before.”

The hiatus meant being distanced from teammates, coaches and family. The season played out at a distance, where Petchey was relegated to following along on her phone in her dorm room. Her natural reaction, she said, was to play it off to her teammates and coaches like she was fine. As she said, “It’s not about you. It’s about the team.”

What Petchey has come to find out, though, is that her story is not atypical. Others in the athletic department, like junior forward Hannah Allred on the women’s soccer team, have come out with their own version of the same journey. Allred, for her part, suffered a grade three sprain of her ankle early in the 2019 campaign against Oklahoma. She fought her way back into the starting lineup three weeks later, knowing surgery was coming at the end of the season.

“The only people I showed I was struggling with were my parents and my best friend honestly. To all my teammates and my coaches whenever they would ask ‘Oh, how are you doing today?’ I would say ‘I’m good,’” Allred said.

Whatever you want to chalk it up to – the nature of sports, the culture of athletics, or simply the mindset of an athlete – the pressure to play through it exists. That is what people like Fagan are speaking out against, a message that has found solace in athletes of all sports.

Petchey and Allred both outlined the ramifications for their grades and their friendships. Petchey describes calling her family an ocean away throughout the recovery process, asking the questions about the balance of school work and health. Allred was more blunt in her descriptions of conversations cut short with those closest to her, admitting the state of mind she was in wasn’t conducive to talking. She added it was the product of frustration and four hour days in the training room.

But the one thing that perhaps the process takes its greatest toll on is identity. It has been well documented in sports the close ties between an athlete’s self-identification and their athletic abilities. Taking that away for even just a handful of weeks can put players directly into the line of fire when it comes to mental health.

“Soccer is the thing I draw my significance from. So if I’m not doing that, I do not feel significant,” Allred said. “I came back way too early. When I came back I wasn’t playing as well.”

SMU sophomore safety on the football team RaSun Kazadi echoed this call in his own way. Kazadi has had four surgeries over his football career, the latest coming as an ankle reconstruction surgery this past August. He missed the entirety of the 2019 football season, sustaining the injury in fall camp.

“It is something you grabble with. I have always want to be ‘the guy.’ Right now, (when you are hurt), that just goes on pause,” Kazadi said.

A junior on the track and field team, Hannah Miller, highlighted a different kind of mental hurdle faced: Relative Energy Deficiency in Sports, known as REDS. Eating disorders, low energy levels, lack of menstruation and low bone density are common factors in REDS. Miller’s iron deficiency and personal struggles with eating disorders contributed to her fatigue and lack of energy. Through her journey with a specialist in her home country of New Zealand she learned that REDS is common in distance runners like herself, both male and female.

This story in particular might have touched Fagan the most if she was in the room to hear it. Her book is based on the journey of a distance runner.

“I think anything with this has the mental stigma around it because it is not really an injury but your body is not functioning at 100%,” Miller said. “Then the whole aspect of eating disorders dovetail into this.”

It is not a problem that comes with an easy solution. There is no one-size-fits-all approach as the range of injuries and mental aspects continues to widen as more and more stories come out. Athletic Director Rick Hart talked about how he sees the importance of the work on the night Fagan visited Dallas.

“I want to thank (her) for sharing such an important message with us about the role culture, technology and mental health play in today’s society and, in particular, with our youth,” Hart said.

The resources continue to be a budding field for athletes at SMU and abroad. While it will certainly continue, the message for now is one of awareness and optimism.

“I think it is still a process for me (mental-health wise). I feel like I am in a good place,” Miller said.