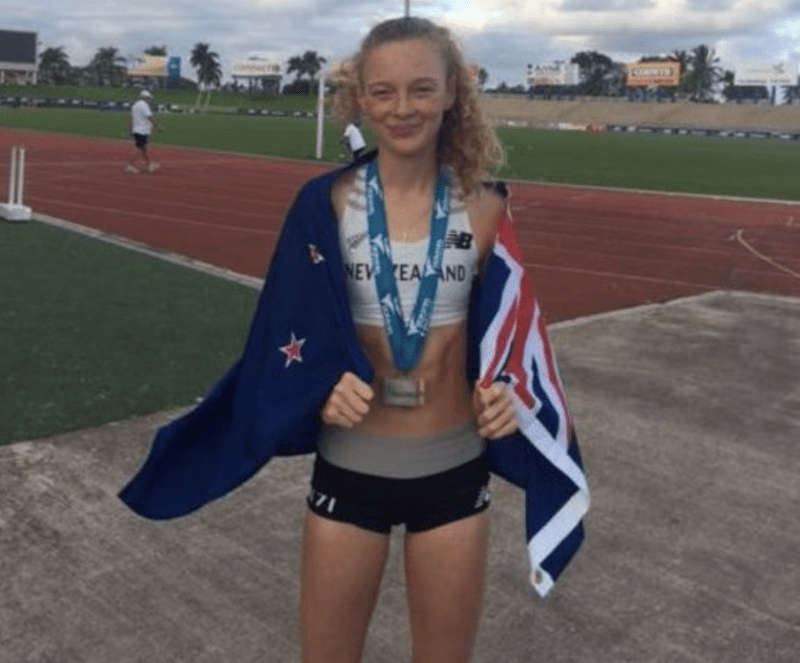 We make appearance-based predictions on a daily basis. Some good, some bad. And while we don’t think much of these split-second identifications. The subconscious process of boxing and labeling people based on single aspects of identity creates assumptions that plague and restrict what we can and can’t do based on only our gender and looks.

In the sporting world were physiques and physicality play a leading role in performance outcomes how we navigate the issue of body-centric stereotypes becomes an important question to unpack.

Sports marketing plays a major role in building stereotypes and is typically geared toward epic sacrifices and giving it everything. In addition to this, sporting females are often held one step higher; portrayed as being the whole package with a buzzing social life, and athletic success.

“As someone who has pushed myself too hard in the past, I know I am especially sensitive to this kind of messaging, …most is torn between being ‘having it all’ and ‘sacrificing it all,’ and neither of those are healthy or attainable standards,” Webb said.”

A happy life requires balance, and as an athlete walking the fine line between passion and obsession, it is hard enough without external pressures, explains Webb

While mainstream marketing tends to capitalize on general “fitspo” stereotypes Webb said the inevitable failure that comes from not being able to maintain this lifestyle, produces a contradicting “safety” message; telling us female athletics is always secondary to men’s or is a “sideline” dream on the way to “reality.”

“We are constantly told to be good enough we have to put all our eggs in one basket, but also that we won’t be able to compete forever and need to have a backup plan,” Webb said.

A statement Webb doesn’t deny is valid, but one that she says can create more anxiety and distress when those future options are elusive.

“It creates a sense of severity, … that was a huge factor in my decision to go overseas for university; so, I could do both and still create an identity for myself beyond being ‘just a runner,’” Webb said.

Going forward Webb believes it is important to promote and build multi-faceted athletes by connecting clubs of all sports to schools and universities and selling them as compatible endeavors not forcing a choice between one or the other.

In a less publicized field, professional male dancer Jarod Murphy recognizes these commonly touted feminine ideals within the stereotypes he faces in a highly female profession. From a young age, Murphy said he came to be aware of the words ‘gay’ and ‘girly’ and saw them as negative.

​“I remember getting bullied in primary school being called gay for doing dance, I had no idea what being gay even was, but because of that I automatically saw it as something negative,” Murphy recalls.

Seeing how quickly society likes to make a face-value judgment on minimal facts Murphy has struggled to build a balanced social life.

I’ve always struggled to form friendships with other males because some part of me always feels like I’ll just get verbally attacked by them,” Murphy said. “Dance is what I’ve always wanted to do, but having guys criticize me for it has made me feel very alone.”

Moving from big city of Auckland, New Zealand to small-town Riverton, New Zealand at the age of 13 was Murphy’s biggest struggle.

“It was very challenging because Riverton is a farming community and a lot of the guys were into their farming and rugby,” he said. “I didn’t fit into either and so I wasn’t accepted.”

Deciding to combine the daily dance class commute with a transfer in schools gave Murphy some breathing space in a larger setting.

“From the get-go, I haven’t really been bullied here [James Hargest College] at all.” He said. “I was open about dancing, a few guys weren’t that nice, but everyone else, including a lot of guys, were really supportive of my endeavors.”

Like many stereotypes, the stigma continues due to a simple lack of normative visualization and promotion in mainstream media.

Yet Murphy says he’s hopeful, with series such as Disney’s, “The Next Step” hosting a cast evenly split in gender split and “showing [males] living everyday lives” outside of the studio, “which I think is an important message to tell,” Murphy says.

While Murphy struggles in a highly feminized culture, females continue to struggle in sporting codes that promote characteristics outside of the thin, slender athletic image

“In sports like rugby there is an outside stereotype from spectators that all female players are big butch lesbians,” says former athlete, Johanna Leitch who recently graduated with her Ph.D. in exercise physiology.

​While a lot of these stereotypes originate from a patriarchal view of society Leitch has found women are often “resistant” to accepting “strong” as an empowering quality or seeing it as one not only reserved for burly men.

The word “strong” has a long-running association to all things masculine, with first female Marathoner, Kathrine Switzer, talking extensively of breaking down the long-touted belief that female sports participation would transform women into thick thighed men. In her recent book “Marathon Women,” she states, “some whispered darkly that running a mile was dangerous and might change me into a man (or worse a lesbian!) The guys who were the slimy catcallers intimated that I must be having sex with all the men on the team or else why else would I be out there with them in shorts?” (pg. 32)

​With an increase in social media sharing and buffed up gym bunnies insane workout routines flooding newsfeeds, the “average” male body has become increasingly skewed towards a staunch G.I.Joe.

Mainstream marketing heightens this extreme masculinity pouring insecurity into those who don’t reach such. In two recent documentaries, Ph.D. psychologist Jackson Katz discusses the “tough guise”many young men embrace as they try to prove masculinity in an increasingly cosmetic world.

Day-to-day expectations of certain body types are bad enough, but in sports, this is doubled with physicality being a key component to success.

“In general, both male and female spectators are guilty of presuming which position people play based on their size,” Leitch said. “[In rugby] Forwards are “always” presumed to be bigger, stronger, broader, whereas Backs are stereotypically smaller and quicker. This definitely impacts the way people train because they become fixated on building a certain shape for their position and in junior age grades, trying to stay in, or move up a certain weight category.”

While it is common to hear of young athletes in aesthetic sports such as gymnastics and dance worrying over their physique. The ramifications of weight categories in typically male-dominated sports are less talked about.

“The weight category can be damaging for young boys because from a young age they’re being categorized by a number and increasing the risk of eating disorders and body dimorphism,” Leitch said.

While a much greater awareness has been brought to women’s sports as of late and significant work has gone into debunking typical gender norms or what it means to be “strong” there is still a long way to go for both male and female athletes.

Recognizing this and witnessing first-hand the harm caused by suffering in silence, New Zealander and recreational runner, Luke Chivers stepped into the media light in 2017 sharing his struggle with body dysmorphia and bulimia on TVNZ’s “Sunday”.

​While Chivers recognizes the disease was a result of many things, he is quoted in an interview on “The Café” morning show saying “the critical moment was while training for an off-road marathon in 2013, I very quickly became very obsessed with what foods went in or didn’t go into my body. Within two weeks it had turned into a complete and utter obsession.”

While Chivers’ struggle was born of something very normalized in extreme endurance sports. He fell victim to the competitive nature of sacrificing everything for results.

“The onset of it was very normal,” he said in the interview. “However, you find yourself weighing your body six times a day and limiting your food every day more and more, that’s when I realized things were going a little bit skewed.”

Chivers’ motivation to go public was the simple aim of shedding a light and breaking the stereotypical view that “men just don’t have eating disorders.”

Recognizing the higher percentages of body dysmorphia and disordered eating in competitive sports, Leitch reiterated that while elements of certain physiques will help performances in various sports, “it’s near impossible to build the perfect body for any one sport.”

Shifting our focus to celebrate individual improvements in skill-based performances, rather than praising training or changes that enable elite looks, seems the only practical solution.

“Overcoming stereotypes will take time but comparing performance rather than bodies is a great start. We should be wowed at what the body can achieve rather than what it looks like!”

In a field completely oriented around competing and refining ourselves to be the best, it is perhaps impossible to completely break down the notion of generalized stereotypes. However, they can and need to be updated to encompass athletes as a whole person rather than a machine. And promote a vision that includes the wide-range of mid-level athletes that comprise our most relatable teams.