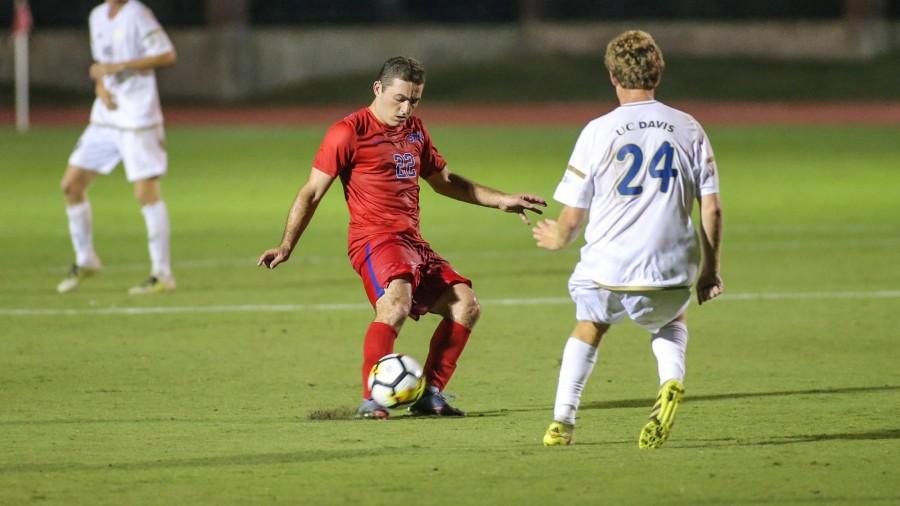 Following their 3-3 draw at Memphis on Thursday, the SMU women’s soccer team continued to travel to play at Tulsa on Sunday. After a scoreless first half, sophomore Allie Thornton scored her second goal of the season, bringing the Mustangs up 1-0. Quickly after, sophomore Hannah Fleet added an additional goal, her first of the season.

Up 2-1 in the 81st minute, a SMU own-goal would send the game into overtime where Tulsa’s Rachel Thun-Blankenship would secure their with an early overtime goal.

After the women’s game at 1 p.m., the then-ranked No. 19 SMU Men’s soccer team played Tulsa in their first conference game of the season at 4 p.m. After a scoreless game, the Mustangs’ three game winning streak came to an end as they fell 1-0 in overtime to the Golden Hurricane.

The Mustangs had nine shots, four on goal, throughout the game. Senior midfielder Bryce Clark led the team with two shots, one on goal. Senior goalkeeper Michael Nelson recorded two saves, bringing his season to 21 saves.

Next up, the women will host New Mexico State on Friday at 5 p.m. and the men will host the University of Central Florida at 7:30 p.m.