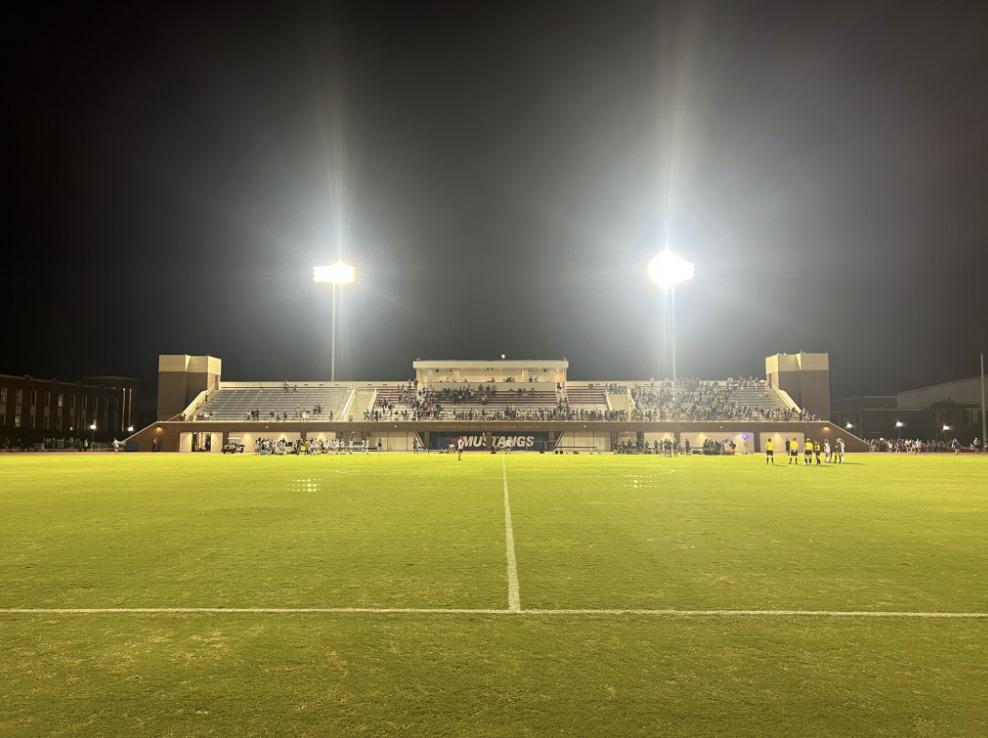 The Washburne Soccer and Track Stadium at Southern Methodist University is packed for the recent night game against in-state rival Baylor with a large crowd becoming something both men’s and women’s teams are more accustomed to this year. Thanks to a $5 million donation by Ray Washburne, who graduated SMU in 1984, the school is now home to a 2,577-person stadium that gives both the track and soccer teams the opportunity to compete in one of the top facilities in the country.

Nicole Nelson, who is in her first year as the head coach of the women’s soccer team, was thrilled when she received the news that the team would be playing in a new stadium this year.

“It’s a gorgeous facility,” Nelson said. “You know, it’s extremely professional, obviously it helps in recruiting, and so it gives us what we need to be very professional in our approach.”

Fans are now happier than ever to come support the Mustangs in the Washburne Soccer and Track Stadium. The facilities will create a new atmosphere for the games, but might lead to a slight difference between the two teams.

“Sometimes the men’s games can get a little more rowdy than the women’s games,” said Annabelle Corcoran, a regular fan for both teams.

Corcoran, president of the Student Athlete Academic Committee and a member of the women’s swim team, loves bringing as many friends to games as possible. A stadium filled with supportive fans helps soccer players such as Jewel Boland, a graduate student in her fourth year on the team.

“Fans obviously help, you know, with the atmosphere and the energy,” Boland said. “It’s just always good to have more people out there.”

The Washburne Soccer and Track Stadium allows for the teams to stay on-site, rather than having to run operations out of the Loyd All-Sports Center as was the case prior to this year, something Nelson loves about the new stadium. She found one important aspect that she feels will elevate the already storied program even further.

“The team room… we’ve done a lot of meals out of there during training camp,” Nelson said. “We do all of our video (analysis) out of there, the team room is great.”

To experience the new Washburne Soccer and Track Stadium, make sure to catch the women’s home soccer game against the University of Alabama at Birmingham Sunday, Oct. 9, where the atmosphere is bound to be electric.