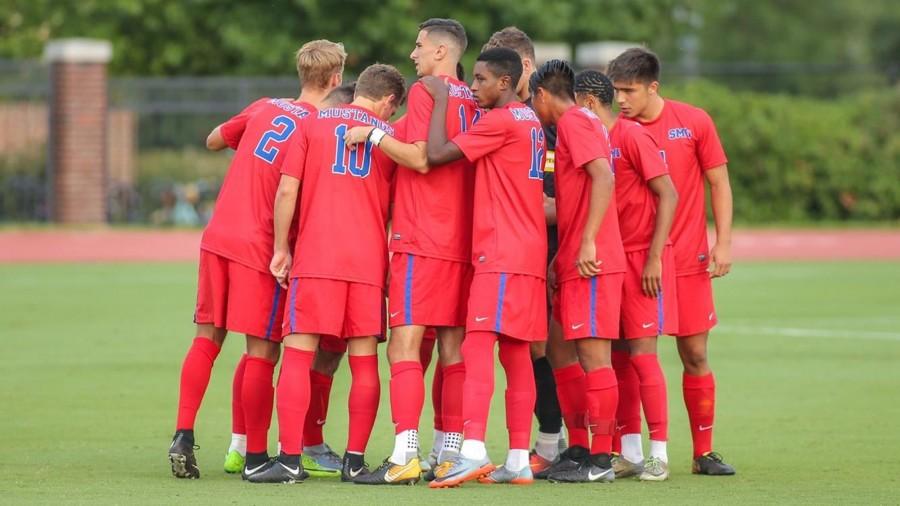 The Mustangs are in the top-25 for the first time since August 2016. They are also the only team in the AAC to make the current rankings.

The Mustangs’ most impressive win of the weekend came Sunday, when they took on an undefeated Brown team. SMU handed the Bears their first loss of the season, beating them 1-0 on McLaughlin’s game-winning goal in the 61st minute.

With the goal, McLaughlin tied Cichero for first place on the team with five goals. The dynamic duo gives SMU the distinction of being one of just two teams in the country that has a pair of players with five goals each; Omaha is the other.

SMU’s strong week also led to three of its players being named to the conference’s weekly honor roll. Two seniors join McLaughlin on the list: goalie Michael Nelson and defender Jordan Cano. Cano also earned the AAC Defensive Player of the week award for his efforts against Loyola (Md.) and Brown.

SMU opens up conference play this weekend by traveling to Tulsa to take on the 2-3-1 Golden Hurricane. Tulsa climbed into the rankings at no. 20 two weeks ago after upsetting no. 1 Stanford on the road, but fell out this week after dropping games to Brown and Creighton.

The game begins at 4 p.m. on Sunday afternoon.