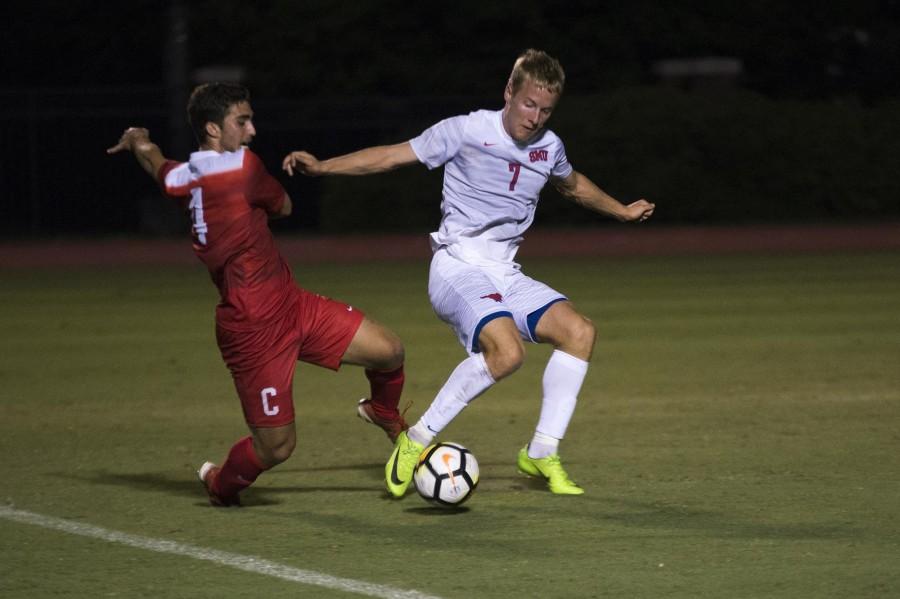 The SMU men’s soccer team split its pair of games on its California road trip, setting its record at 4-1.

The Mustangs faced off against no. 1 Stanford on Thursday in Palo Alto. The game was tied going into the half, but Stanford pulled away with goals in the 65th minute and 71st minute. Sophomore forward Garrett McLaughlin had the lone goal for SMU in the first minute.

SMU then faced off against the Santa Clara Broncos on Friday night at SCU’s Stevens Stadium. Sophomore defender Philip Ponder had the lone, game-winning goal off an assist from McLaughlin in the 85th minute, propelling the Mustangs to a 1-0 victory over their equine counterparts.

The Mustangs were 3-0 heading into the trip, with wins against Oakland, Cornell and UC Davis.

Senior forward Mauro Cichero leads all players with four goals on the season. McLaughlin has three, good for second place on the team. Sophomore defender Eddie Munjoma leads the team with two assists.

In goal, senior keeper Michael Nelson has 15 saves on the year, and a 71.4% save percentage. He has allowed 1.2 goals per game.

The last United Soccer Coaches Top 25 poll has the Mustangs just missing the cut at no. 30.

Next weekend the Mustangs have home dates with Loyola on Friday and Brown on Saturday. The team starts conference play on Sept. 24 against Tulsa.