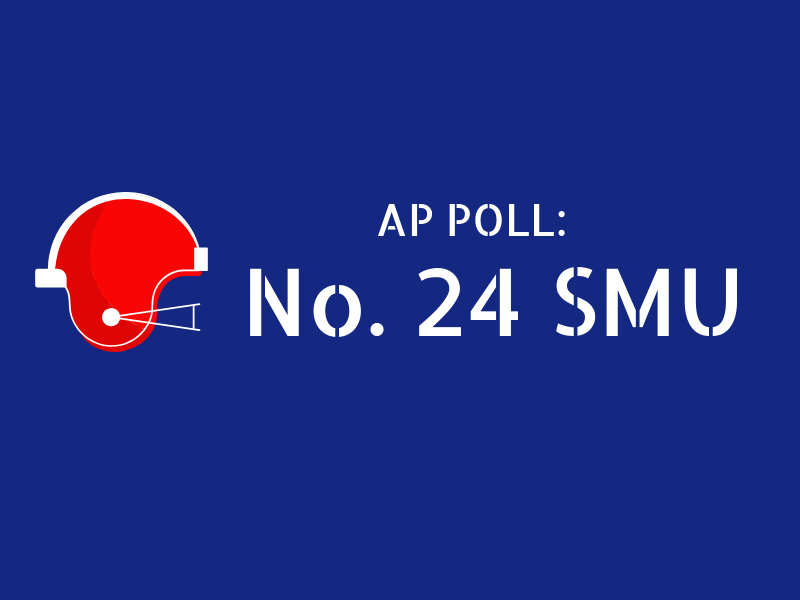 The signs of an undefeated season are just about everywhere you look on the Hilltop. Sonny Dykes, speaking to an unusually large crowd at his weekly radio show last Monday, commented that even the simplest things are changing – like his team finally appearing in the nighttime highlight shows. With the program off to its best start since the days of the Pony Express and 1984, Dykes has preached a consistent message of handling success for a program that is not accustomed to it. On Saturday, the Mustangs did just that by leaving no doubt in their convincing 48-21 victory over USF.

With Charlie Strong on the opposing sideline, the contest seemed to carry more weight than simply the conference opener. Both Shane Buechele and Dykes have a history with the current USF head coach dating back to his time at Texas and Louisville respectively. Even if it wasn’t on the mind of the Mustang quarterback on the field, he certainly put on a clinic for the man who recruited him to Austin four years ago. Buechele, for his part in the early offensive onslaught, did not throw an incomplete pass until 27 minutes into the game and raked in three touchdowns in the first half alone. Buechele would finish with 226 yards at an 84 percent completion rate.

“I thought we played really well early in the game. I think Shane started 13-for-13 and really was throwing the ball well and I thought our receivers did some good things,” Dykes said of his transfer quarterback and the 34-point offensive showcase that was the first half.

Overall, the trio of Reggie Roberson Jr., James Proche and Xavier Jones did the bulk of the work on the offensive side of the ball, an occurrence that has become a defining feature of the 2019 Mustangs. On almost every front, Saturday’s contest was a record-breaking event.

Jones, who entered the day tied for fifth on SMU’s all-time rushing touchdowns list, tacked on two more to break in the scoring from Raymond James Stadium. With a 36-yard scoring run and a 9-yard scamper, Jones put SMU up 14-0 early and in doing so marked his tenth career two-touchdown performance. On the day, Jones put up another afternoon of gawking numbers with 155 yards rushing on 15 carries, averaging over 10 yards a carry. The pair of rushing scores also signaled a program milestone. In 2018, SMU had 17 total rushing scores but just five games through 2019 the Mustangs have already matched that figure.

Similarly, opposing defenses received a heavy diet of Roberson and Proche. The two wideouts, who are statically the most dynamic receiving combination in the American conference, accounted for three touchdowns combined. Proche found the end zone twice on his own and finished just shy of 100 yards receiving at 96. Roberson turned in a workman-like performance with one touchdown and five grabs.

By halftime, the deficit for South Florida ballooned to 34. Rodney Clemons single handily ensured the turnover confetti would make an appearance on the road, picking off USF sophomore signal caller Jordan McCloud twice. The team captain’s first interception erased potential points as Clemons won a jump ball in the SMU end zone. Even in this regard, the Mustangs made history. SMU continued college football’s fourth longest streak of forced turnovers to 16 straight games.

“I thought our defense played lights out in the first half. I thought they really really played well. Had a couple short fields and they were able to get em stopped and saw some good things defensively today,” Dykes said,

The cornerback tandem of Ar’mani Johnson and Brandon Stephens blanketed the Bulls receivers for most of the day. With the news of senior linebacker Richard Moore being out for the season just hours prior, the defense did not appear to be shaken. In fact, the Mustangs did not allow a single point until late in the third frame and got to the quarterback on ten separate occasions.

“We’re not going to replace Richard (Moore). (He) just means too much to our program to be able to do that. I think 10 sacks, that’s obviously a pretty special night when you sack the quarterback 10 times. I don’t know if we had 10 sacks last year,” Dykes said. “(I) think we might have had 12 or something so (it’s) a pretty big deal to get 10 in this game.”

By the final drive of the third quarter, with SMU already on top 41-7, Dykes opted to rest his starters and go down in the depth chart.

The win brought SMU to No. 24 on the AP Poll. It has been 35 years since any SMU football team has broken into the AP Poll, but the Mustangs made as strong of a statement as any. At the same time, the team will also be staring down bowl eligibility with a home victory against Tulsa next Saturday, something that alluded them one year ago.

“We’ve never really talked about bowl eligibility. I think our team had a feeling early on that (it) would take care of itself,” Dykes said. “So our focus has been on trying to win a game every week and look up when the season’s over and see where we’re at.”